Lisa Croen’s career took a sharp left turn toward autism research about 30 years ago, when she was working as an epidemiologist at the California Birth Defects Monitoring Program. Until then, she had largely studied the prevalence of physical birth defects, such as spina bifida and cleft palate. But in the 1990s, her boss asked her to examine figures on cerebral palsy.

Studying a condition that affects both brain and behavior intrigued Croen. So when the cerebral palsy study was finished, she and a colleague drummed up a new plan to examine intellectual disability from an epidemiological point of view. Before launching the project, they sought input from Mary Lu Hickman, a pediatrician specializing in children with special needs, who worked at the state’s Department of Developmental Services.

“Yeah, you could do that,” Croen recalls Hickman saying. “But what you should really look into is pervasive developmental disorder” — then an umbrella term for a suite of conditions that included autism. One of Croen’s nephews had been diagnosed with autism a few years earlier, so the suggestion hit home.

Ever since then, Croen, 62, has focused almost exclusively on autism research — a subject she says she finds “incredibly fascinating and motivating. Every aspect of life that we encounter is concentrated in the study of autism — everything from behavior, biology, physiology and hardcore science to politics and ethics.”

Croen, who now directs autism research at Kaiser Permanente’s Northern California Division of Research in Oakland, was one of the first scientists to bring an “epidemiology tool box to autism research,” says Eric Fombonne, professor of psychiatry at Oregon Health and Science University in Portland. “Environmental research was lagging behind, and she has been a pioneer in realigning etiological enquiries in the last 20 years.”

Croen led one of the first large-scale studies to try to unravel potential environmental contributors to autism, and how genetics may modify their influence. She helped connect activation of the immune system during pregnancy to increased odds of having an autistic child. “This is important for our field, since this may direct strategies that can reduce risk during pregnancy,” says Daniele Fallin, chair of the mental health department at the Johns Hopkins Bloomberg School of Public Health.

And Croen went on to document a significant gap in health outcomes between autistic and non-autistic adults. The work was a “tour de force” and a crucial wake-up call that prompted other labs to investigate such health disparities and find solutions, says Elizabeth Weir, a research associate at the Autism Research Centre at the University of Cambridge in the United Kingdom.

In recognition of Croen’s many contributions to the autism field, in May 2021 the International Society for Autism Research (INSAR) named her a fellow — the highest honor that INSAR gives.

“Lisa is an absolutely outstanding epidemiologist,” Fallin says. “Due to her careful choices about what to study, her rigorous approach to research and her ability to communicate findings in meaningful ways, her results have helped shaped the field of autism epidemiology.”

Croen is driven, Fallin says, “by a deep desire to improve people’s lives.”

Croen grew up in Palo Alto, California, the daughter of a neurologist and a social worker. Inspired by her parents, she considered becoming either a specialist in primate behavior or a teacher. A precocious violin player, she also thought about a career in music. At the University of California, Berkeley, though, she ended up majoring in environmental science because, she says, “I got to do all sorts of science and also continued taking anthropology, political science, philosophy and music.”

Croen found her calling after graduation when her brother, a physician, introduced her to an epidemiologist. Talking with her brother’s colleague reminded her of lessons that had fascinated her as an undergraduate — how major development projects, such as the Aswan Dam in Egypt, can lead to unexpected infectious disease outbreaks, or how a hospital building’s features, such as having many windows, can improve patient outcomes. “Oh my God,” she recalls thinking at the time, “this field allows you to study all these different things, and it’s health related.”

Croen enrolled in a master’s program at Berkeley’s School of Public Health and then, in 1986, took a job at the California Birth Defects Monitoring Program. After her pivot to focus on autism a decade later, she was energized by the fact that so little was known about the condition at the time. “I saw quickly that there were very few people studying autism — and what an incredible opportunity!” she says. In 1996, the same year she began her work in autism, she earned a doctorate in epidemiology from the University of California, Berkeley. 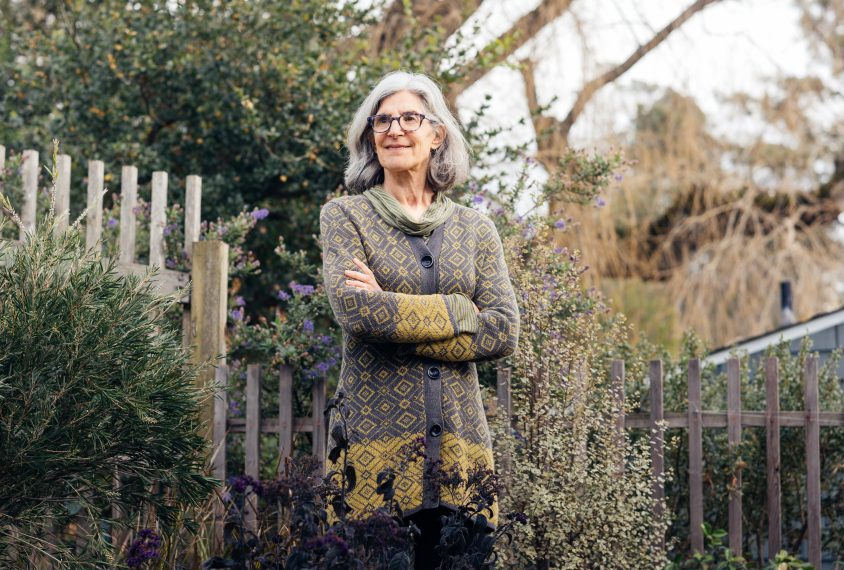 From the beginning, Croen wanted to look for biological signatures that could be measured at birth to predict an eventual autism diagnosis — an interest that led to the first study to look for such markers among newborns. Croen and her colleagues tested infant blood samples for eight molecules involved in brain development and found a specific signature that distinguished those who were later diagnosed with intellectual disability or autism. The results, published in 2001, provided some of the field’s first clues about the condition’s underlying mechanisms.

The long-term goal of that study and many that have followed, Croen says, is to identify markers that enable clinicians and families to intervene as early as possible and improve a child’s outcomes. “I am a scientist, but I’m not just this bench scientist,” she says. “I really like the application.”

In 2001, Croen moved to Kaiser Permanente to oversee a range of research on children admitted to the neonatal intensive care unit, but within two years she again chose to focus on autism. “Quickly it became my sole focus,” she says.

Croen launched a landmark population-based effort to dig up clues to the condition’s environmental and genetic drivers, the Early Markers for Autism (EMA) study. The team analyzed nearly 1,500 blood samples from pregnant women and newborns for immune markers, hormones, chemicals and genetic factors, and connected them to child outcomes.

The results have spawned more than 20 papers, linking autism to prenatal exposure to certain endocrine disruptors, such as PCBs, and weakening its association with vitamin D levels in a woman or her child. Several analyses showed that immune markers in a woman can influence the chances of autism in her baby. One published in 2019 used health records to link infection and fever during pregnancy to elevated odds of having a child with autism.

“It’s funny, because people now are like, ‘Oh, well, we know autism and the immune system have things to do with each other,’” says Judith Van de Water, an immunologist at the University of California, Davis and Croen’s frequent collaborator. “I think the work we’ve done has really helped remove that barrier.”

One summer Friday afternoon in 2015, Croen joined Van de Water at her cluttered office in Davis, with views overlooking Mount Diablo. Their goal: to brainstorm a new study that would build upon the EMA findings and more thoroughly untangle the relationship between a child’s outcomes and a woman’s immune or cardiometabolic profile during pregnancy. Three hours later, the two had “worked through the bones of what we thought the study should be,” Van de Water says.

The grant proposal they submitted spelled out how they would draw data from Kaiser’s patient population, giving them access to detailed medical records. Unlike the EMA data they had collected, the Kaiser records contain rich information about clinical diagnoses a woman may have received during pregnancy, as well as blood samples collected during her first and second trimester.

The study, launched in 2019, is now well underway, and Croen, Van de Water and their colleagues have finished genotyping maternal DNA samples and are conducting an array of immune and metabolic laboratory assays.

“I’m always seeking different people to collaborate with, from all these different points of view,” Croen says. “I like to learn new things, I like to talk to people, and I really like to work together.”

This multidisciplinary approach has been particularly useful for studying autism because of the condition’s astounding diversity, she says. “It’s not just one thing.” 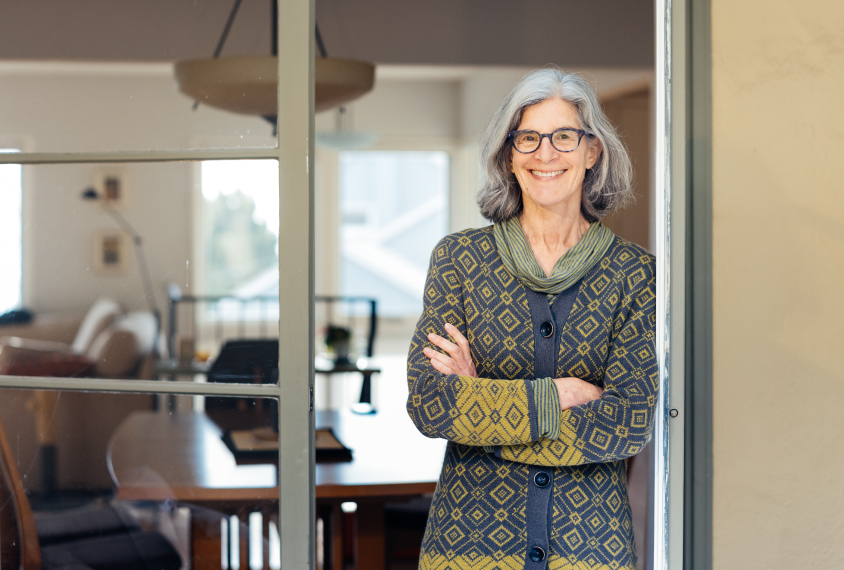 For her nephew, who has been her inspiration from the start, autism has meant declining health with age, including challenges with seizures, anxiety, sleep and gastrointestinal problems, among other issues. Not only is there a lack of services for autistic adults like him, Croen says, scientists seem to ignore them, too.

“All those people diagnosed as kids are becoming adults,” she says. “No one was really paying attention to that.”

So a few years ago, Croen set out to investigate the health of autistic adults on a large scale and confirmed that there is a glaring gap. The work has had a significant impact, says Christina Nicolaidis, professor of social work at Portland State University in Oregon. “[It] has allowed us to say, with greater confidence, that autistic young adults experience increased rates of co-occurring health conditions, greater overall health expenses and lower rates of preventative services such as Pap smears.”

Croen is working with clinicians on one solution: a pediatric-to-adult-care transition protocol for doctors and their autistic patients, which provides evidence-based guidelines and creates an open line of communication between pediatric and adult care providers. “[Croen] is a huge advocate for autistic people and sees this work as a way to provide insights that can help maximize health and abilities during child development,” Fallin says.

Croen continues to draw inspiration from her nephew, a talented piano player now in his 30s who holds a part-time job hosting sing-alongs for children and is active in the Special Olympics. “I have a perspective that’s larger than just a scientific one,” she says. “I had a personal connection, and that’s really fueled my passion for what I do.”