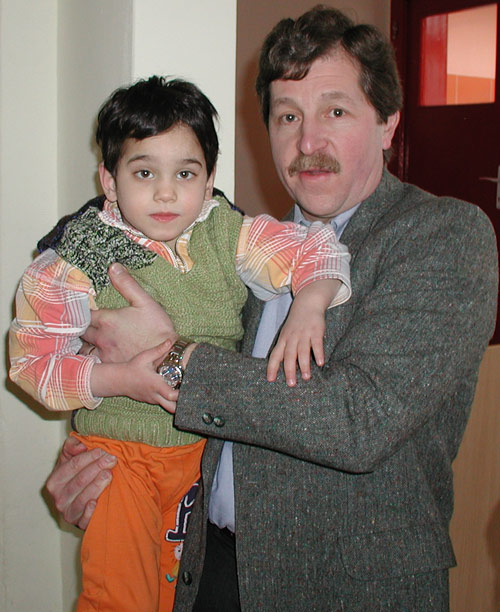 Lost children: Charles Nelson’s most famous work follows the lives of orphans, like this young girl, at institutions in Romania.

Cross-eyed toddlers running up to strangers with their arms outstretched. A boy with a head as big as a basketball. Another with a narrow head who sits sedated in a chair all day. A 1-year-old child in the body of a 1-week-old. A room full of babies, each lying in a crib and staring at a white ceiling.

This is what Charles Nelson saw in 1999, on his first visit to the eerily silent St. Catherine’s Orphanage in Bucharest, Romania.

Nelson knew what to expect before the trip, but was still not emotionally prepared. “It was so heartbreaking,” he says. “We had to make a rule that we were not allowed to cry in front of the kids.”

Ten years had passed since the execution of Romanian dictator Nicolae Ceaușescu, and his infamous network of state-run orphanages was beginning to disintegrate. As these children came under international scrutiny, the MacArthur Foundation funded the Bucharest Early Intervention Project. Led by Nelson and several other scientists, the longitudinal study would randomly place some children in foster care and then compare their fates to those of children who stayed in the institutions.

Nelson’s team found that even when institutionalized children receive adequate food and decent living conditions, their social and physical neglect results in stunted growth, motor delays, anxiety, attention deficit, repetitive behaviors and low intelligence quotients1. But they also found an encouraging trend: Many of these symptoms can be at least partially reversed if the children enter foster homes before age 2.

Famous for his sense of humor and easygoing charm, Nelson’s personality is a natural fit for interacting with families. The work is an intellectual fit, too. Whether it is studying how infants learn to recognize faces (his self-described obsession), or measuring the brain effects of premature birth or maternal diabetes, Nelson says he has always been fascinated with the question of how early experience alters development.

From his lab at Boston Children’s Hospital, he is asking the same thing about autism: How do different risk factors — whether a single mutation, a family history or extreme social deprivation — lead to different manifestations of the diverse disorder?

His strategy is to analyze brain waves in babies with autism syndromes caused by a single genetic glitch, as well as in infant siblings of children with the disorder. He aims to find patterns, or biomarkers, that can predict not only which babies are likely to develop autism, but how severe their symptoms will be and what treatments might work best.

Nelson’s scientific curiosity germinated as a child growing up in Long Island, New York, when he and his father dissected roadkill in their basement — despite his mother’s exasperation with the smell of decaying flesh. “They were always dead first. I wasn’t one of those people who went out and tortured animals,” he says with his characteristic grin.

Nelson first became interested in how experience shapes the brain as an undergraduate student in psychology at McGill University in Montreal. But his mentors told him there was no way to study that in people. “The advice I got was, to do neuroscience you’re going to have to work with rats or mice,” he says.

As it happens, he is terribly allergic to rats, cats and rabbits, and instead decided to study developmental psychology. When he received his Ph.D. in 1981, electroencephalography (EEG) — a technique in which non-invasive electrodes measure brain waves — was just emerging.

“My first epiphany was when I put electrodes on babies’ heads and saw their brain activity,” Nelson says. “It was like this is what I was meant to do.”

In 1986, Nelson launched a lab at the University of Minnesota. Over the following 19 years, he used EEG to show that babies produce different brain responses to objects2 as well as to the faces of monkeys3, strangers and their own mothers4.

Good sport: Last year, compelled by a Facebook campaign to raise money for the nonprofit Autism Speaks, Nelson shaved his mustache of 30 years.

Sara Webb, who was a graduate student in Nelson’s lab from 1996 to 2001, says she will always remember Nelson’s cheeky contribution to her otherwise stressful dissertation defense.

Webb’s project was about how memory works in the infant brain. “Out of nowhere, Chuck asked me about what type of memory systems his dog had, giving me some illustration of what his dog had just done,” Webb recalls, laughing. “Looking back, it was a fantastic question. For one, it broke the ice. But also, I couldn’t have expected it, and yet I was prepared to answer it.”

Nelson is also known for his openness to collaboration — even when that means sharing preliminary data. “He is extraordinarily kind and non-dogmatic about his science,” says Nathan Fox, distinguished professor of human development at the University of Maryland, who has known Nelson since the early ‘80s. “He puts new data out there because he wants people to respond to it and interact with it. It broadens his own thinking.”

In the late 1990s, Fox, Nelson and nine other researchers were part of the MacArthur Foundation’s Research Network on Early Experience and Brain Development. For nine years, the group met a few times a year to share ideas and launch pilot projects. One of these studies investigated the effects of maternal separation on rhesus macaque monkeys.

The results showed that it all comes down to timing: When 1-week-old monkeys are separated from their mothers, they tend to develop severe social deficits. If they are separated when they’re 1 month old, they wind up anxious and nervous, and if at 3 or 6 months, have no problems at all.

In 1999, at Nelson’s request, Dana Johnson, one of Nelson’s colleagues at the University of Minnesota, spoke to the group about Johnson’s work on international adoptions. “He showed us these videos of kids in Romanian institutions, and they looked just like the baby monkeys,” Nelson recalls. “It was really unnerving.” 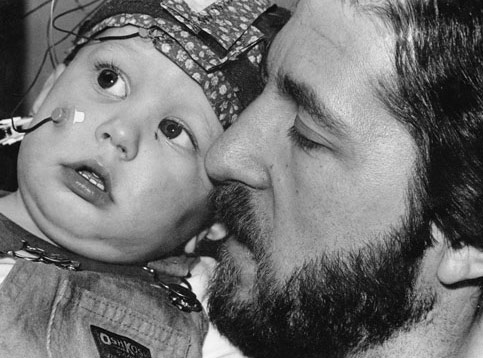 Inspired, in 2000 the group launched the Bucharest study on the effects of foster care. The years since have seen growing international awareness about the dangers of institutional care, in large part because of the highly publicized scientific reports from the project. “When I travel to other countries, like Russia and China, they’re aware of the Bucharest study,” says Johnson, professor of pediatrics at the University of Minnesota. “There’s been a real change in attitudes.”

In 2005, Nelson moved from Minneapolis to Boston and launched an autism research program. Although he had never studied the disorder before, his science had influenced the field a great deal.

Geraldine Dawson, chief science officer of the autism science and advocacy organization Autism Speaks, remembers sitting on a park bench with him one day many years ago in Seattle, discussing how she could apply EEG to children with autism. That conversation led in 2002 to the first EEG study of face processing in children with the disorder5, and dozens of others since. “What makes him exceptional is his ability to integrate developmental psychology with basic neuroscience,” Dawson says.

Back at St. Catherine’s, Nelson maintains a lab of about ten people who are following the lives of the original group of orphans. Now that those children are reaching adolescence, he says, he wants to find out whether their early social isolation affected their brain development into the teen years, a volatile period even for the most privileged children.

All of his work, Nelson says, suggests that the environment shapes the brain just as much as the genome does. And that has big implications for the autism field.

Correction: This article has been modified from the original. It has been changed to reflect the fact that the Research Network on Early Experience and Brain Development was funded by the MacArthur Foundation, not the Rockefeller Foundation and that Romanian dictator Nicolae Ceaușescu was executed rather than assassinated.