Black autism researchers weigh in on field’s past, future

Black people with autism have historically been underrepresented in research, a problem compounded by the fact that there are relatively few Black scientists setting research priorities for the field. Spectrum spoke with three Black scientists about why they got into autism research, what keeps them excited about their work and how the field could become more diverse going forward. Some common themes emerged, including the need to train more scientists from historically underrepresented groups, and to seek input from those communities when developing research questions. 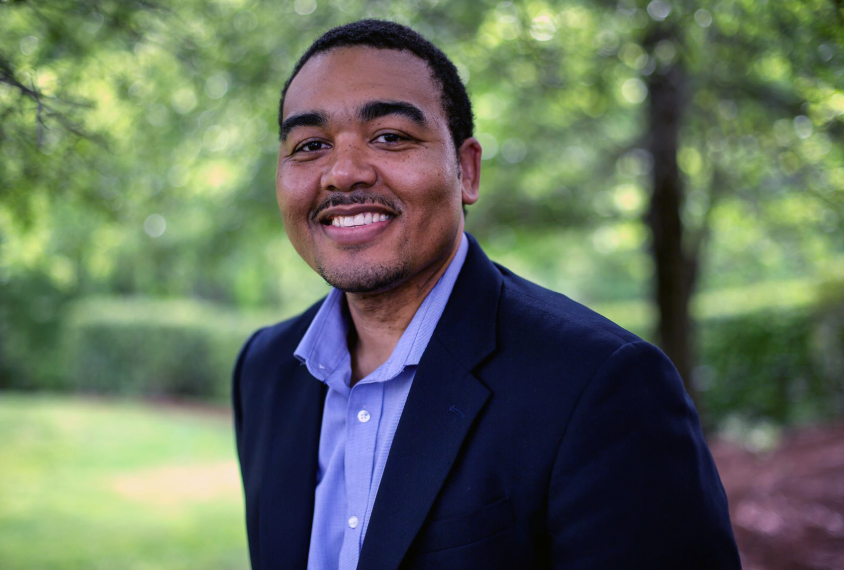 Brian Boyd’s undergraduate developmental psychology textbook contained only one paragraph about autism. But the description piqued his interest so much that in 1997, during his final year in college, he became a camp counselor at the North Carolina Autism Society’s summer camp. There he had his first opportunity to work with adults and children with autism, some of whom were nonverbal and had intellectual disability. That experience seeded his interest in working on behavioral interventions for autism.

In 1998, Boyd got a teaching job for the TEACCH Autism Program at the University of North Carolina at Chapel Hill. He became interested in restricted interests after working with a toddler who fixated on pentagons.

“His first word was some approximation of ‘pentagon,’” Boyd says.

In subsequent work, Boyd continued to focus on understanding how restricted interests and repetitive behaviors affect a child’s ability to function, and how to support a child through effective interventions.

In his current role as associate professor of applied behavioral science at the University of Kansas, Boyd is increasingly interested in expanding the reach of autism interventions to historically underserved populations. A crucial part of this effort is training more scientists of color, he says, because the identities and experiences of the scientists who formulate research questions influence who has access to valuable services.

For much of his career, Boyd says he has attempted to separate his identity as an autism researcher from his identity as a Black man in America. But he says he has found that this is not possible. The more comfortable he has become with marrying all aspects of his identity, the more important and pressing research questions he can ask.

“The more inclusive we can be,” he says, “the better our science can be.”

When Constance Smith-Hicks was a medical and doctoral student at Columbia University in the 1990s, she read “The Man Who Mistook His Wife for a Hat” and “Awakenings,” by Oliver Sacks. Those books sparked her deep interest in the brain.

“These works of art describe the complexity of the brain that are most apparent in its circuit level dysfunction,” Smith-Hicks says.

Smith-Hicks found her way into autism research via her postdoctoral work in Paul Worley’s lab at Johns Hopkins University in Baltimore, Maryland. She studied how certain genes contribute to synaptic plasticity — the ability of synapses to change in strength — as part of learning and memory. Specifically, she focused on ARC, a gene that encodes a signaling protein linked to autism. Her work showed how ARC’s role in synaptic plasticity can vary across different brain regions and genetic conditions associated with autism.

Currently, as medical director of the Center for Autism and Related Disorders at the Kennedy Krieger Institute in Baltimore, Smith-Hicks is working to identify biomarkers in people with autism or other neurodevelopmental conditions linked to specific genetic mutations. She is developing ways to expand clinical phenotypes and measure treatment responses for these conditions, and she says she is excited about advances in understanding how genetic and environmental factors contribute to autism. 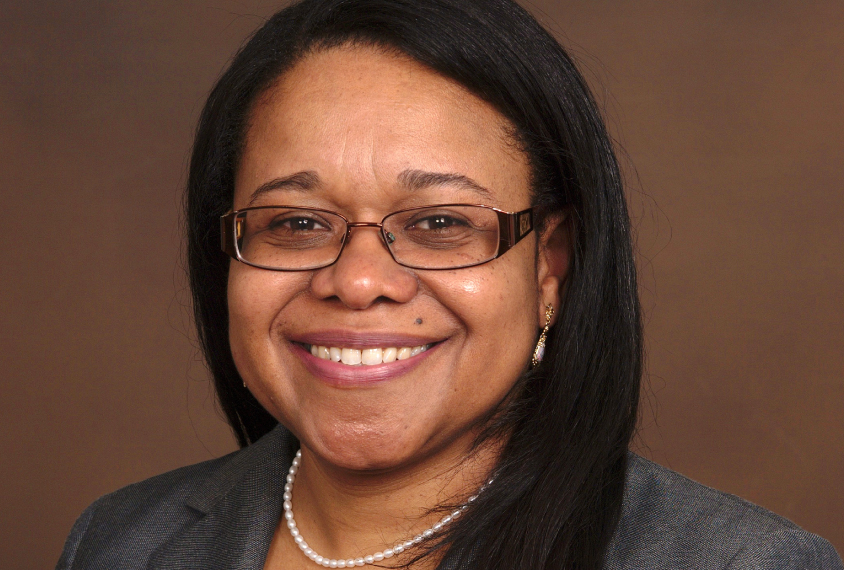 “I’m hopeful that this knowledge will not only improve our understanding of the biology of autism but will also lead to the development of new treatments and personalized interventions,” she says.

To foster a diverse and thriving autism research community calls for experienced scientists who can intentionally expose the next generation of researchers to the vast field of autism, Smith-Hicks says — and it shouldn’t stop there. Supporting a diverse community of scientists — diverse in terms of gender, ethnicity and disability status — requires mentorship at each stage of someone’s career.

“It requires that people who have gone before share both the challenges they experienced as well as the strategies that they found helpful,” she says. It’s something she has made part of her own work, mentoring undergraduate students at Kennedy Krieger.

As an undergraduate student at Augustana College (now Augustana University) in Sioux Falls, South Dakota, Damien Fair was interested in the sciences but didn’t take academics very seriously, he says.

“I did well academically, but I wasn’t really an academic,” he says. After he graduated, he took a year off and entered the physician’s assistant program at Yale University. He discovered that he didn’t want a career in medicine, but he took an interest in functional magnetic resonance imaging (fMRI).

“I was hooked,” he says. “Even though the experiments were terrible and didn’t work at all, that’s pretty much what kicked off my career.”

Fair’s fMRI work focuses on resting-state connectivity, the synchronized activity among brain regions that occurs when the mind is idle. As a postdoctoral researcher in Joel Nigg’s lab at Oregon Health and Science University in Portland, he began to ride a new wave of thought about neurodevelopmental conditions: regarding them in terms of dimensional characteristics rather than categorical classifications. That trait-based approach opens the door to better understand the heterogeneity of conditions such as autism and attention deficit hyperactivity disorder, he says. And in this vein, his work has aimed to identify profiles based on resting-state connectivity that reveal brain networks involved in outward-facing behaviors. 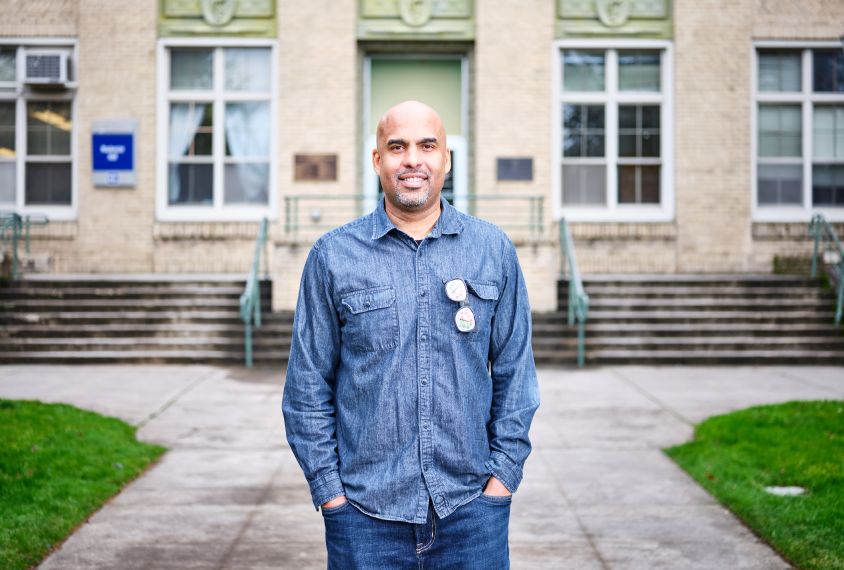 Much of Fair’s work involves collaborating with researchers in other labs. Even though that may be the best way to do science, it doesn’t always match up with how to advance a scientific career, he says. The “professional currency” of grants and publications — concrete markers that help a researcher move up the academic food chain — are often at odds with the kinds of large collaborations required in imaging research. Large participant pools are needed to achieve significant effect sizes in resting-state connectivity research, but when a researcher’s name is just one among many on a study, grantors and promotion committees may not recognize when an individual scientist’s vital contributions make him deserving of career advancement, he says.

Large, diverse pools of scientists also improve the quality of research, Fair says. “Almost every major advancement in our civilization comes from diversity of ideas, of backgrounds. In the sciences, we’re very homogenized, and if we want to speed up our discovery, we’re going to have to bring more people into the system and assist those who are otherwise marginalized from participating.”