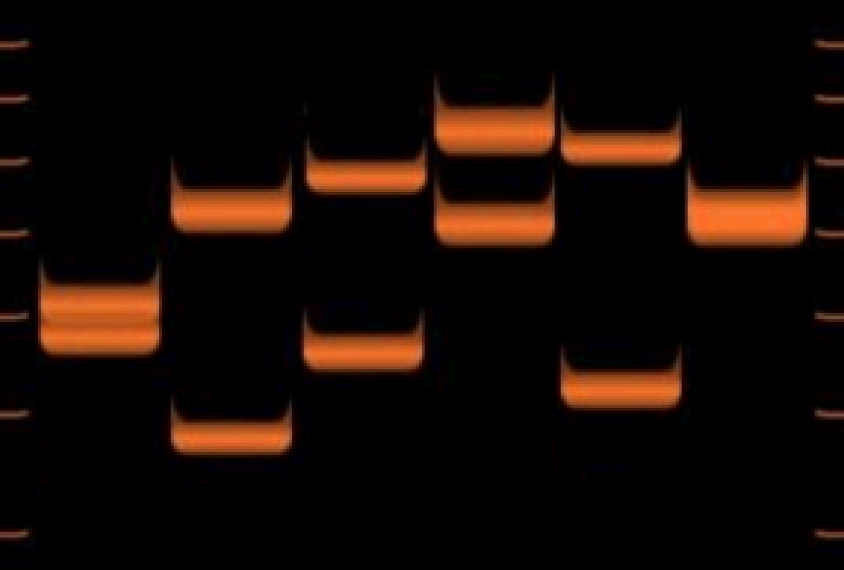 On repeat: Extra repeats in DNA may contribute to some of autism’s heritability.

Extra repeating bits of DNA may account for nearly 3 percent of the genetic architecture of autism, according to a new study1. The work is the first to examine such genetic variants in autism on a large scale.

About half of the identified repeating sections occur in genes that have not been previously linked to autism, suggesting new lines of inquiry for geneticists.

“These genes are involved in autism, absolutely,” says study investigator Steve Scherer, professor of medicine at the University of Toronto in Canada. “Those [genes] will become diagnostic tests for the autism screening panel.”

The researchers looked at areas of the genome with tandem repeats — stretches of 2 to 20 nucleotides, which are the ‘building blocks’ of DNA, that are repeated two or more times in one spot. These repeats can expand when they are passed down from parents to children: If a nucleotide, or combination of them, is repeated 10 times in a parents’ DNA, it may be repeated hundreds of times in their child, for example. The more a repeat expands, the more likely it is that it will disrupt the gene’s function.

Some specific repeats are already associated with autism: About 5 percent of autistic people have fragile X syndrome, which is nearly always caused by the expansion of a particular repeat in the FMR1 gene. But less than a quarter of people with autism have a known genetic cause, even though twin studies suggest that autism is highly heritable2.

Researchers have long suspected that expanded repeats may make up some of the condition’s missing heritability but did not have adequate methods or sample sizes to examine them in detail. The new work uses a novel statistical approach that scans whole genomes to parse differences in rare tandem repeat expansions between people with autism and their typical siblings.

“It kind of opens up a new dimension in terms of the class of genetic variants that we should be looking at, which I think is important,” says Santhosh Girirajan, associate professor of genomics at Pennsylvania State University in University Park, who was not involved in the work.

The researchers analyzed the full genomes of more than 17,000 people, including 5,194 autistic people, 7,535 parents, 1,998 typical siblings and 2,504 unrelated controls. They focused on ‘outlier’ repeats that had more expansions in some individuals than in other members of the cohort, and further narrowed in on those that are found in less than 0.1 percent of controls. They identified 2,588 regions that are, on average, more expanded in autistic people than in their typical siblings.

Such rare repeats are expanded in 23.3 percent of autistic people compared with 20.7 percent of typical children, suggesting that repeats contribute up to 2.6 percent of the genetic influence on a person’s autism. The work was published in Nature in July.

The findings echo an unpublished study of about 1,600 families that was posted on a preprint server in March. That study found that autistic children had both more and longer repeat expansions than their typical siblings.

Scherer’s team also identified 57 areas of relevant genes, or loci, where tandem repeats occur more often in autistic children than in their typical siblings; 2.5 percent of autistic people in the study have repeat expansions in these loci. None would be picked up by the exome scans typically used to screen people for mutations in autism genes, Scherer says.

The repeats with rare expansions occur more often in genes involved in the nervous, muscular and cardiovascular systems, the study also found. By contrast, other genetic variants linked to autism, such as copy number variations, tend to occur solely in genes that affect neural function.

Some of the newly implicated genes, such as CACNB1, are already well-researched in the cardiac field and may help to explain the connection between autism and heart problems. If cardiac genes are implicated in autism, they may also open avenues for therapeutics, Scherer says.

The findings provide new targets both for researchers and for diagnostic tests as well, says Karun Singh, senior scientist at University Health Network in Toronto, Canada, who was not involved in the work.

“To find novel risk genes that are implicated in autism is very exciting,” he says. “It really provides new genes for the field.”

Autistic people with rare expansions are more likely to have lower scores on tests of intelligence and social behavior than those who don’t, the study shows. And, within the identified genes, autistic girls have more rare expansions than autistic boys do.

Although the study found that repeats collectively contribute to autism, none are individually associated with the condition. That indicates that still larger datasets are needed, Girirajan says. It’s also possible that autism’s heritability stems from having a high overall burden of repeats rather than any specific ones, he says.

“In spite of having such a large number of genomes, it’s very interesting to see that we are still scratching the surface here,” Girirajan says. “If you’re looking for recurrence and reproducibility, you have to sample the whole universe before you find the same repeats over and over. And maybe still you won’t get it.”

The study also can’t explain the mechanisms by which tandem repeats contribute to autism, Singh says. Researchers should examine the newly identified genes in animal models and stem cells to better understand what role they are playing in the condition.

“They need to be investigated heavily by the field,” Singh says.

Scherer’s team continues to amass more whole genome sequences from autistic people and their families to study the repeats further using the statistical method they developed. He and others say the method is likely to be useful for studying the role of expanded repeats in other conditions — particularly ones for which large whole-genome sequence databases exist, such as schizophrenia and Alzheimer’s disease.