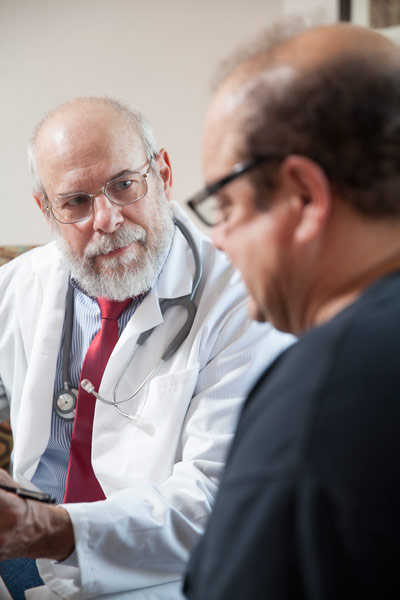 ©iStock.com/Jason Doiy Missed connection: Some physicians admit that they feel uncomfortable around adults with autism and don’t know how to help them.

Healthcare providers in the U.S. are ill equipped to care for the growing number of adults with autism, according to unpublished results presented yesterday at the 2015 International Meeting for Autism Research in Salt Lake City, Utah.

A survey of nearly 1,000 primary care physicians and other healthcare professionals across the U.S. found that most of them don’t have the training needed to care for adults with autism. They also greatly underestimate the number of adults with autism in their practice, despite having a basic understanding of the disorder’s symptoms.

The findings come on the heels of a large survey of medical records, which found that adults with autism face a host of health problems1. Many of these conditions, such as diabetes, heart disease and obesity, are preventable. So one reason for their prevalence may be that people with autism aren’t getting good healthcare.

In the new study, researchers surveyed healthcare workers who are part of Kaiser Permanente, a managed healthcare provider in Northern California. These doctors, nurses and social workers were among those available to the adults with autism who were found to have health complications.

“We said, ‘We’ve looked at the patients, now let’s look at who’s taking care of these patients and how much they know about them,’” says Maria Massolo, research project manager for Kaiser’s Division of Research, who presented the findings yesterday.

The comments in the survey were even more telling, says Massolo. For example, one doctor indicated that he was unaware that autism even affects adults. He stated that knowing how to care for people with autism does not concern him, as he doesn’t treat children.

To better understand the healthcare workers’ responses, the researchers interviewed nine providers in person. These physicians revealed that they don’t know what to do when faced with an individual with autism. Some of them said that they feel uncomfortable around people with the disorder.

The good news is that the practitioners expressed interest in learning about people with autism and how to care for them. The survey response rate alone, a surprising 25 percent, indicates that providers want to improve in this area, says Massolo.

She and her team are working to establish training opportunities. They plan to study the transition from pediatric to adult healthcare in hopes of identifying strategies that would lead to better medical care for adults on the spectrum.