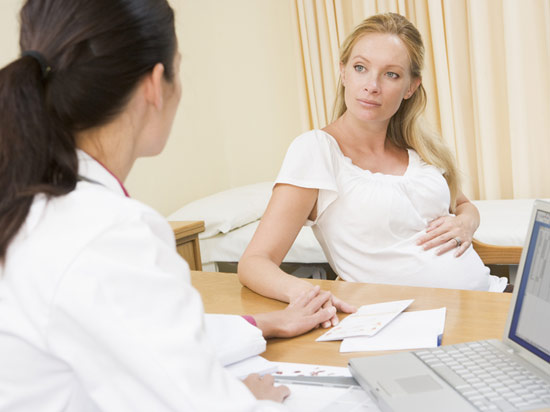 Baby blues: Doctors wrestle with how to counsel parents when genetic tests show a mutation with unpredictable effects.

Genetic syndromes associated with autism are being diagnosed in utero more often these days thanks to chromosomal microarray analysis, a technique that allows clinicians to identify subtle mutations in the genome.

But the technology is ahead of the ethical debate on whether and how to inform parents about mutations with unknown effects.

An estimated 10 to 20 percent of individuals with an autism spectrum disorder have a known genetic syndrome. About five percent of those cases involve a microduplication or microdeletion of mere kilobases of DNA within the genetic sequence.

By contrast, karyotyping, the standard diagnostic tool, pinpoints irregularities in chromosomes about 1,000-fold larger and clearly visible under a microscope.

The American College of Obstetricians and Gynecologists recommends microarray screening as an adjunct to karyotyping only in the case of pregnant women who are older, who have abnormal ultrasounds or blood tests results, or have a family history of certain disorders.

Still, a growing number of parents with no apparent risk factors are requesting the test, says Christa Lese Martin, director of the genetics lab at Emory University.

“The test information is available on the Internet, and families see that there is a higher-resolution test that can detect smaller things, and they request it,” Martin says.

The vast majority of mutations are discovered after concerned parents bring their infants or young children to physicians, or after a child has already been diagnosed with autism.

“They know something is wrong and their child has problems, but they haven’t found a reason for it,” notes Martin.

So far, only a handful of centers offer prenatal microarray screening. But that could change very quickly, Martin says. A National Institutes of Health study comparing karyotyping to microarrays — set to be released later this year — is expected to recommend that microarrays replace the standard test.

There are few clinicians familiar with the potential effects of deletions or duplications of regions such as 16p11.2 or 22q13, Wapner notes. As a result, he says, “right now, a lot of patients are feeling abandoned after receiving a diagnosis.”

There are as many as 60 well-described syndromes with known consequences that could be included on a microarray, experts note.

“What we are finding out from microarray testing is that there are a lot of recurrent microdeletion and microduplication syndromes that are relatively rare — 1 in 10,000 births — that if added up are as frequent or more frequent than Down syndrome,” says David Ledbetter, professor of human genetics at Emory University School of Medicine in Atlanta.

The technique is likely to also turn up many mutations of uncertain clinical significance — for example, deletions in chromosomal regions containing genes not associated with a known disease or syndrome.

“We’ll find genetic abnormalities that we’ve never seen before,” Ledbetter says. “We don’t have an empirical knowledge to predict whether that particular deletion is going to cause severe birth defects or intellectual impairments.”

Parents and doctors may be unable to tolerate the ambiguity and anxiety these new findings could trigger, he says.

Many genetic syndromes caused by microdeletions or microduplications also have a highly variable expression, and can produce a wide range of effects that vary even among members of the same family carrying the mutation.

For example, the 16p11.2 deletion not only increases the risk of developing autism and intellectual disability, but is also associated with obesity and certain medical conditions.

The 22q13 deletion, which leads to Phelan-McDermid syndrome, also causes a range of symptoms, including intellectual disability, autism, congenital heart defects and facial abnormalities. But in each child the mix of symptoms is different.

“All have such a variable expression that it is difficult to counsel parents,” says Wapner.

An even more powerful tool that is rarely used in clinical settings at present, whole-genome sequencing, has the potential to vastly increase the power — and perhaps the pain — of prenatal screening.

“It’s going to be a huge revolution,” says Catalina Betancur, a researcher at the Institut National de la Santé et de la Recherche Médicale in Paris. “It will allow us to identify many more rare variants that play a causal role in autism.”

Betancur says that all of this knowledge comes with a cost. “At first it is going to be difficult to interpret those findings,” she says. “The genetic counseling is much more difficult, but we will have many more patients to study the phenotype so we can understand the consequences of these mutations.”