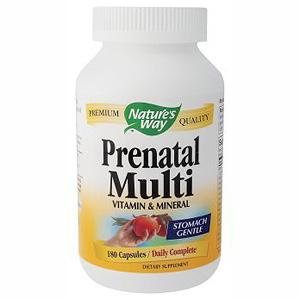 Vital vitamin: Low levels of folate during pregnancy may lead to a higher risk of autism.

Women who take prenatal vitamins and eat cereal supplemented with folic acid in the early months of pregnancy are less likely to have children with autism compared with women who consume less folate, suggests preliminary data from a survey presented today at the Society for Neuroscience conference.

Folate is a B vitamin that has long been known to influence neural development. Research suggests that an estimated 50 to 70 percent of neural tube defects can be prevented with folic acid supplementation.

In the past year, some children who have low levels of folate in cerebrospinal fluid have been found to be at greater risk of autism.

In the study described today, researchers at the at the University of California-Davisʼ M.I.N.D Institute analyzed survey data from the ongoing Childhood Autism Risks from Genetics and the Environment (CHARGE) study. Team member Rebecca Schmidt presented data from telephone surveys of 533 mothers of children with autism, autism spectrum disorders or developmental delay, and 280 mothers of typically developing children.

The researchers asked the mothers an array of questions about how much folate they consumed ― in the form of prenatal vitamins, multivitamins, nutritional shakes or breakfast cereals ― before and during their pregnancy.

The vast majority of mothers reported taking a prenatal vitamin every day by the second half of their pregnancy, as recommended by their doctors. But mothers of children with autism reported consuming significantly less folic acid in the three months before pre- and one month post-conception.

One of the major shortcomings of the survey is that it was conducted several years after the women were pregnant, making it extremely difficult for them to recall when and how much folate they had consumed, and in what form, Schmidt noted.

The team is launching a prospective study to precisely measure folic acid intake during pregnancy as it happens. They’re also planning to study the gene-environment interaction effects of the genes involved in folate metabolism, Schmidt said.