Power of girls to thwart autism shows up in sibling study 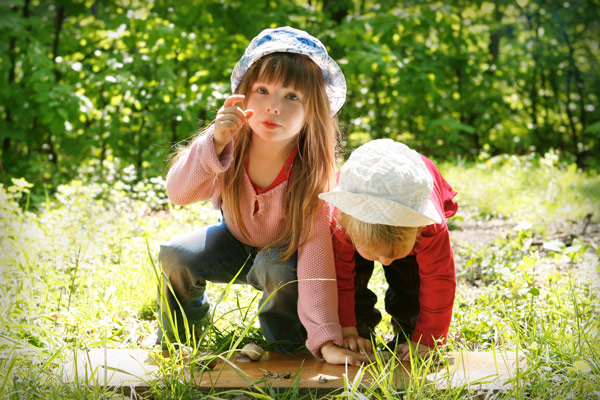 Simxa/Shutterstock.com Family ties: Younger siblings of girls with autism are at increased risk of the disorder.

Children whose older sisters are on the spectrum are at higher risk for autism than are those with affected older brothers, suggests a new study. The study also found that younger brothers of children with autism are at greater risk than younger sisters1.

The findings, published 13 May in a special issue of Molecular Autism on gender differences, support the notion that girls are somehow protected from autism. They also suggest that this protection helps explain the lopsided ratio of boys to girls with the disorder.

Identifying factors that protect girls from autism could lead to new therapies, says senior researcher Daniel Geschwind, director of the University of California, Los Angeles Center for Autism Research and Treatment. “If they protect females, then maybe they can be used to protect males as well.”

Geschwind’s team looked at data from 1,120 families in the Autism Genetic Resource Exchange, a bank of information and biological samples from affected families. All of the families have two or more children with autism and 341 of the families also include at least one sibling younger than a child on the spectrum.

The researchers found that children who have an older sister with autism have a 44 percent chance of receiving an autism diagnosis, compared with 30 percent for those with an affected older brother. These results suggest that girls need a stronger genetic hit to develop autism.

Many previous studies have not found patterns in autism occurrence in a family that back the female protection theory. In many cases, however, these studies relied on families with only one child on the spectrum. Autism in these families tends to stem from severe, spontaneous mutations that are just as harmful in girls as they are in boys, says Constantino. “When you look at forms of autism that are combined with, say, mental retardation, the sex ratio is actually 1-to-1,” he says.

By studying families with more than one child on the spectrum, Geschwind and Donna Werling, then a graduate student in his lab who did the bulk of the work, homed in on heritable risk factors shared among siblings.

Apart from studying siblings of different ages, Werling and Geschwind also looked at 193 fraternal twin pairs. They found that boys whose twin brothers have autism had a 59.1 percent risk of the disorder. This risk rose to 71.4 percent for boys whose twin sisters are on the spectrum.

The researchers also found that the chances of autism recurring in families is greater when births are close together. This result adds to mounting evidence that certain environmental factors, such as nutrient deficiencies in the womb, might raise the chances of autism. Intriguingly, when the researchers explored this birth interval effect by gender, it held up only for males. So girls may be shielded from environmental risks, too.

The findings stop short of providing a possible mechanism for a protective effect in girls and women. Another paper published in the same issue found no evidence for a genetic hotspot underlying the phenomenon2. It’s more likely, that study concluded, that multiple genes collaborate to guard girls from autism.

The unveiling of these protective influences awaits larger studies with more girls in them, says Lauren Weiss, assistant professor of psychiatry at the University of California, San Francisco3. “Having larger datasets available would enable additional observations or analyses.”