Potential biomarker found in urine of children with autism 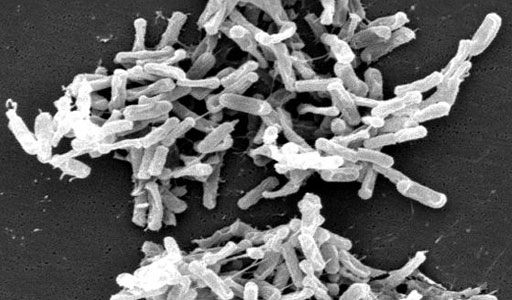 Belly bug: Certain species of gut bacteria produce a chemical that has been detected in the urine of young children with autism.

Young children with autism have high urine levels of a compound that is likely to be a product of gut bacteria, according to a poster presented Tuesday at the Society for Neuroscience annual meeting.

The compound, P-cresol, “can in no way be produced by human metabolism,” says study leader Antonio Persico, associate professor of physiology at the University Campus Bio-Medico in Rome. Only certain species of bacteria — particularly Clostridium difficile, which is found in the gut but can be harmful at high levels — have the enzyme necessary to make the chemical.

A 2005 study found that children with autism are more likely to have higher levels of Clostridium bacteria in the gut compared with healthy children.

In the new study, Persico’s team analyzed urine samples from 59 children with autism and 59 controls. They found that among children age 7 and younger, about 28 percent of those with autism have urine P-cresol-levels of above 150 micrograms per milliliter, a concentration not seen in any children in the control group.

That might mean either that these children with autism are more susceptible to infection with P-cresol-producing bacteria, or that their intestines are more permeable, allowing more P-cresol to pass from the gut into the bloodstream.

“These are not trivial levels,” Persico says — in fact, they’re similar to levels seen in patients with kidney failure. “P-cresol is pretty nasty stuff.”

P-cresol is chemically similar to phenol, a corrosive compound. Animal studies also show that it is toxic, perhaps acting by interfering with mitochondria, the centers of cellular energy production and metabolism.

Puzzlingly, the difference in urine P-cresol disappears in older children — among those 8 and older, children with autism have the same levels as do controls. “We have no data at this point to explain this finding,” Persico says.

Other researchers are intrigued by the results so far.

Welch plans to study the microbial population of premature babies and their mothers, and hopes that this line of inquiry may help illuminate the higher rates of autism among children who were born prematurely.

If Persico’s results are confirmed in other studies, P-cresol could be used as a biochemical marker of autism risk or to support an autism diagnosis. But he says that any treatment based on these findings is a long way off.