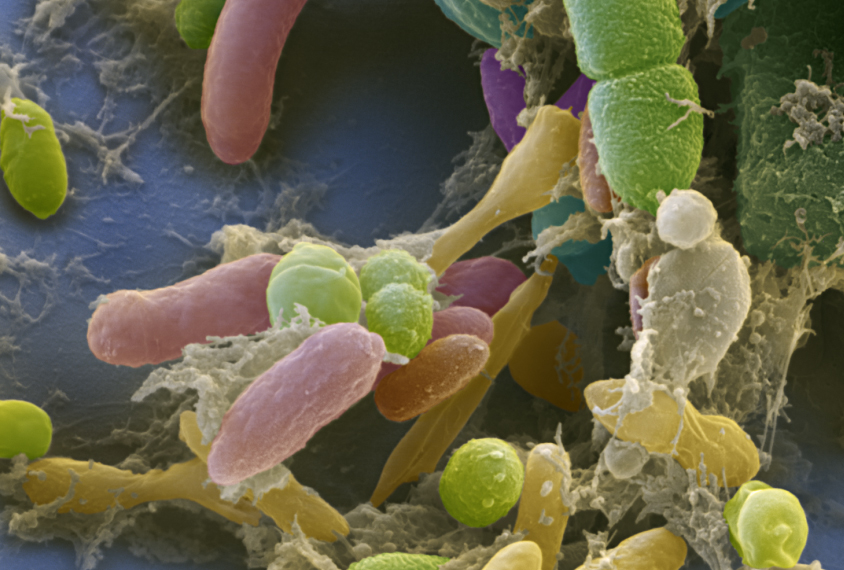 Children with autism who suffer from severe gastrointestinal problems show markedly lower-than-normal levels of enzymes needed to digest complex sugars, and of transporters that allow simple sugars to be absorbed into the blood, according to a new study published 16 September in PLoS ONE1.

Perhaps as a direct consequence, the researchers say, these children also show distinct changes in the levels of certain species of bacteria in their intestines compared with those who have similar gastrointestinal problems but not autism.

Many children with autism suffer from gut problems such as chronic diarrhea, constipation and cramping. The prevalence and severity of these symptoms vary, although some researchers estimate that up to 90 percent of people with autism have a history of gastrointestinal distress2.

In the new study, the researchers biopsied tissue from the small and large intestines of 15 children with autism who have severe gut problems. The children underwent colonoscopy because of the prolonged severity of their symptoms, allowing doctors to rule out treatable medical conditions. A sample of seven children who do not have autism but have similarly severe gastrointestinal problems served as controls.

Most studies have relied on fecal samples from children with autism to make observations. But more than 50 percent of bacteria in feces are dead, unlike the viable bacteria that live in the gut, notes lead investigator W. Ian Lipkin, director of the Center for Infection and Immunity at Columbia University.

This is the first study to analyze levels of bacteria in intestinal tissue, Lipkin says. “That’s what makes this so powerful.”

Parents of children with autism have long reported gastrointestinal problems such as bloating, flatulence, diarrhea, constipation and abdominal pain in their children. Some have resorted to special diets to alleviate these problems, although there is no evidence to support their effectiveness.

A 2005 paper reported high levels of Clostridium bacteria, which can produce neurotoxins, in the gut of children with autism3. Since then, other studies have explored connections between altered levels of gut bacteria and skewed brain development4.

According to one study published earlier this year, mice lacking the normal complement of gut bacteria are hyperactive and show abnormal expression in dozens of genes and altered processing of key neurotransmitters.

In the new study, the researchers found that levels of three enzymes responsible for breaking down sugars — sucrose-isomaltase, maltase-glucoamylase and lactase — are significantly lower in the ilea, or terminal small intestines, of children with autism. More than 90 percent of the children have deficits in at least two of these enzymes and 73 percent in all three.

The study also found significantly lower levels of SGLT1 and GLUT2, proteins responsible for transporting glucose and other sugars from the lumen — the cavity in which nutrients are absorbed — into the bloodstream of children with autism.

This impaired ability to both metabolize and absorb dietary sugars appears to create abnormal levels of several key bacteria in the ilea and secum, or proximal large intestine, of children with autism.

“When you can’t absorb [the sugars], they go downstream, and the bugs use them,” says Derrick MacFabe, director of the Kilee Patchell-Evans Autism Research Group at the University of Western Ontario in Canada, who was not involved with the study.

Some of these intestinal bacteria produce short-chain fatty acids, which animal studies have shown produce effects on cell physiology, lipid metabolism, immune function and gene expression, he points out5. “So these researchers provide a plausible mechanism for how unique bacterial populations in the gut could affect brain and behavior,” he says.

The new study is consistent with data showing disruption of the gut microbiome as a key factor in autism, he adds. “It also provides indirect evidence of carbohydrate meals increasing autism gut symptoms and behavioral worsening.”

For example, the new study found that the intestines of children with autism show higher levels of Firmicutes and Proteobacteria, and lower levels of Bacteroidetes,as well as a skewed ratio of two other groups of bacteria, compared with controls.

A study last year found an increase in Bacteroidetes in the feces of children with autism6, but  those findings don’t necessarily conflict with the new results, the researchers say. The new study found lower levels of Bacteroidetes in the mucosal epithelium in the gut, notes Brent Williams, associate research scientist at the Center for Infection and Immunity at Columbia.

“We think that is due to the changes in carbohydrate digestion. The Bacteroidetesmight be outcompeted for growth in the intestine and just wash out in the feces,” Williams says.

The small size of the sample is the chief weakness of the study, say other experts.

“The data are intriguing but there is a clear need for a larger study,” says Ellen Li, professor of gastroenterology at Washington University in St. Louis.

Lipkin admits that the difficulty in obtaining more tissue samples may make replicating the study’s findings challenging. Parents of children with mild gastrointestinal complaints are unlikely to agree to colonoscopy, which requires heavy sedation and carries the risk of perforating the bowel.

The researchers are assessing fecal material from a larger sample to see whether it confirms their observations. They also plan to test whether small proteins associated with various bacteria can be traced in the blood of children with autism.

“I’m not suggesting that these bacteria cause autism,” says Lipkin. “But many parents will tell you that kids improve after a course of antibiotics and probiotics. This brings it out of a black box into something we can measure in a rigorous way.”