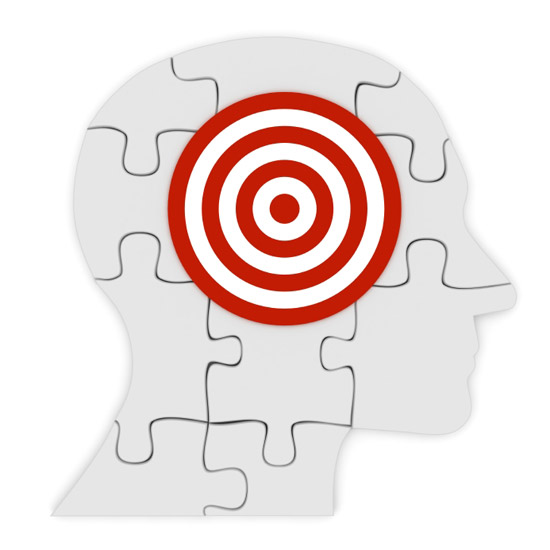 Right on target: Most companies are focusing on brain systems or chemicals known to be affected in autism.

A decade of research on the biology of autism, combined with a steady rise in diagnoses, has finally piqued the pharmaceutical industry’s interest in developing drugs for the disorder.

In the past year, large pharmaceutical companies, small biotechs and academic groups have all jumped into the field, sponsoring clinical trials of both new and existing drugs. Preliminary data from one small clinical trial show positive results, and results from several others are expected this summer.

The autism community has long hoped for drugs that target the disorder’s hallmark social and communicative deficits. The only compounds approved by the U.S. Food and Drug Administration for autism — the antipsychotics risperidone and aripiprazole — alleviate secondary symptoms, such as irritability and aggression.

“For a while, we’ve been piggy-backing on drugs that have been indicated for other conditions, such as Alzheimer’s, because companies are not interested in developing a drug for a disorder that does not have a lot of market share,” says Antonio Hardan, associate professor of psychiatry and behavioral science at Stanford University.

But with estimates that about 1 in every 100 children in the U.S. will be diagnosed with autism, companies are taking a second look. “There’s the hope now that these companies will develop a medication [that’s meant] for autism right from the get-go,” Hardan says.

Most of pharma’s new efforts for autism target brain systems or chemicals — such as the neurotransmitters glutamate or acetylcholine — whose signaling goes awry in at least some individuals with the disorder. Other groups are testing treatments based on less robust theories, such as the idea that autism stems from problems with protein digestion or from a dearth of antioxidants.

The drugs furthest along in development, by far, treat fragile X syndrome, an inherited form of mental retardation and the cause of about five percent of all cases of autism. Scientists at Seaside Therapeutics, a small biotech in Cambridge, Massachusetts, began testing drugs on animal models of the syndrome a decade ago, and at least a half dozen other groups have since followed suit.

In late April, The New York Times reported that Swiss pharmaceutical giant Novartis had found early positive results in a trial for an experimental drug with a few dozen adults who have fragile X syndrome. The drug reportedly improved a subset of participants’ repetitive behaviors, although a representative from Novartis says the research is too preliminary for comment.

It’s not clear, however, how well these fragile X drugs will work on other types of autism. With increasing diagnoses, drug developers are capitalizing on the growing market for drugs that treat the wider autism spectrum.

The autism group is part of Pfizer’s neuroscience unit, which also investigates schizophrenia and Alzheimer’s disease. In June, the company announced a new chief for its neuroscience division: Michael Ehlers, a professor at Duke University who studies abnormal neuron connections in mouse models of Angelman syndrome, an autism-related genetic disorder.

The autism team plans to investigate whether drugs in the company’s existing portfolio that are approved to treat other psychiatric conditions could help treat symptoms of autism. The group’s primary interest, however, is in generating animal models and genetically modified cell lines to find potential targets for new compounds.

“The reason for the unit is the reason why pharmaceutical companies are in business: we’re trying to identify areas where there’s a significant unmet need,” says Rob Ring, head of the autism unit and a senior director at Pfizer. “There’s no road map for what we’re doing, because no one has ever advanced drugs into the autism patient population.”

Ring’s team is small, with 16 neuroscientists, but plans to collaborate with outside academic researchers. These include brain-imaging expert Bob Schultz at the University of Pennsylvania, and pediatric neurologist Elliott Sherr at the University of California, San Francisco, who specializes in autism, epilepsy and other disorders stemming from disrupted brain connections.

Ring led mood disorders research at Wyeth Pharmaceuticals until last year, when the company merged with Pfizer. He’s excited to lead the new autism research unit because for the past six years his research has focused on drugs that stimulate the receptor of oxytocin, the so-called ‘trust hormone’, which several studies have linked to autism.

“We will have an active research effort around oxytocin. It is, I think, one of the most compelling stories out there,” Ring says.

The best track record of drug development for autism spectrum disorders is in treating fragile X syndrome because, unlike most types of autism, fragile X has a known genetic culprit: too many repeated stretches of the DNA code on the FMR1 gene on the X chromosome. This mutation leads to downstream changes in protein interactions that make for good drug targets.

“Our approach has been to look at these single-gene disorders, and use those as a window into the field of autism,” says Randy Carpenter, president and chief executive officer of Seaside. Carpenter founded Seaside with neuroscientist Mark Bear in 2005.

Several years earlier, Bear had shown that excessive glutamate at the synapse, the junction between neurons, is responsible for the cognitive deficits seen in mouse models of fragile X1. Later, his team found that reducing expression of a specific glutamate receptor — dubbed mGluR5 — reverses these symptoms in the mutant animals2.

“[Fragile X is] like having a car with no brake, and your foot’s always on the accelerator,” Carpenter says. Seaside is testing two compounds that would provide the necessary ‘brake’ to the brains of people with fragile X or autism, he says.

The first is an mGluR5 inhibitor that Merck scientists had developed but never carried into clinical trials. Licensing the compound from Merck, in February Seaside completed a phase I safety trial in adult men with the syndrome and plans to release the data by June. They aim to launch a phase II trial by the end of the year. Because the drug has never been approved, it will be a few years before the company collects enough safety data for regulatory approval, Carpenter says.

Seaside’s second drug, arbaclofen, is much further along. Arbaclofen stimulates receptors of gamma amino-butyric acid(B), or GABA(B), which effectively dampens glutamate signaling. By June, Seaside plans to announce results from a phase II, placebo-controlled trial of the drug on children and adults with fragile X syndrome, as well as an open-label trial of children with autism.

If the results are positive, the company plans to begin the final and most rigorous stage of the regulatory approval process, a phase III trial, in the fall, Carpenter says. Doctors have given racemic baclofen — a slightly different chemical form of arbaclofen — to three million people for various conditions, including cerebral palsy in children as young as two years. So it’s well on its way to approval for children with autism disorders, he adds.

Bear’s findings made a splash in the neuroscience field, and prompted several other companies to look into glutamate blockers.

The Novartis trial is testing an mGluR5 inhibitor, for example, and Roche is in the midst of a phase II trial to test the safety and efficacy of a similar drug in adults with fragile X syndrome.

Last year, researchers from several US medical centers reported promising early results for yet another mGluR inhibitor, fenobam, for treating 12 adults with fragile X syndrome. The study found that the drug, made by UK-based Neuropharm, reduces hyperactivity and anxiety within an hour of consumption, with no adverse side effects3.

Participants in the trial knew they were receiving the drug, however, which means the results could partly be the result of a placebo effect. “We recognize that until we actually start having really good, controlled trials with data, we won’t know where we’re going with this for sure,” notes trial investigator Elizabeth Berry-Kravis, professor of pediatrics, biochemistry and neurology at Rush University Medical Center in Chicago.

Berry-Kravis is “cautiously optimistic” about the research on glutamate inhibitors, pointing out that the results seen in mice may not be as robust in humans.

“We can cure the mouse. There are very few things that you can find in the fragile X mouse that those drugs don’t completely fix,” she says. “But to extend that to people is a jump because brain development is more complex and occurs over a much longer time in people.”

From Alzheimer’s to autism:

Another set of promising autism drugs acts on the cholinergic system, which uses the neurotransmitter acetylcholine to transmit messages.

One of the first studies to implicate the system in autism spectrum disorders was published six years ago, after Allan Reiss and colleagues performed brain imaging on adolescent girls with fragile X syndrome. When the participants engaged in a visual memory task, their brains showed abnormally low levels of activity in the basal forebrain and the hippocampus4. Cholinergic pathways in both areas have been linked to attention, learning and memory.

“We connected the dots and thought, well, this is pretty interesting. Maybe we should try an open trial of donepezil,” says Reiss, director of the Center for Interdisciplinary Brain Sciences Research at Stanford University.

Donepezil, sold by Pfizer under the brand name Aricept, is an Alzheimer’s drug that slows the breakdown of acetylcholine. Last year, Reiss’s team reported results from a six-week, open-label trial of the drug on nine individuals with fragile X. The drug significantly improved executive function and decreased problem behaviors, but did not affect verbal memory ability, in this group5. In February, Reiss’s group began recruitment for a 50-person placebo-controlled trial of donepezil.

Other researchers have tested the drug on children with autism, but did not see positive results6. That could be because of the disorder’s extreme heterogeneity, Reiss says.

“I think augmenting the cholinergic system may be of benefit to some people,” he says. “The problem is, if you take 50 people who have autism, you’ll have all of these neurobiological subgroups comprising that larger behaviorally defined group. Maybe some respond well to the medicine and others don’t.”

Some companies are planning to set up trials that target subgroups of the autism spectrum. In late February, for instance, Nebraska-based biotech Transgenomic announced that by June, it aims to sell a genetic test to diagnose younger siblings of children with autism. This kind of test would allow researchers to set up clinical trials of children with specific autism-associated mutations, who are likely to respond more uniformly to treatments.

In March, researchers from Indiana University reported that an alcohol dependence drug made by Forest Laboratories — acamprosate, known as Campral — improved language skills in three men diagnosed with both fragile X syndrome and autism7.

Acamprosate is similar to the mGluR drugs in that it prevents excessive glutamate signaling, in this case by blocking N-methyl-D-aspartic acid (NMDA) receptors.

Hardan, of Stanford, is part of a multi-site trial testing another one of Forest’s NMDA blockers, the Alzheimer’s drug memantine, or Namenda, as a possible treatment for 6- to 12-year-old children with autism.

Hardan welcomes pharma’s new interest in autism and is optimistic that the larger resources will produce an array of new compounds, each designed for a particular segment of the diverse autism spectrum. “Tylenol doesn’t work on all headaches,” he says.