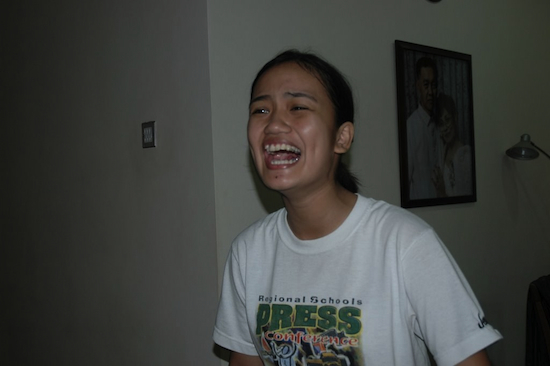 Picture this: People with autism have trouble interpreting emotions in a photograph, even when presented with contextual clues.

People with autism take longer to decide whether emotionally ambiguous facial expressions are positive or negative — and are more likely than healthy controls to choose the latter, researchers reported Sunday at the Society for Neuroscience annual meeting in San Diego.

Healthy adults tend to assign positive emotions to ambiguous expressions no matter what the context — a phenomenon that researchers term ‘positivity bias.’ By contrast, people with autism are more likely to say that the same faces are expressing a negative emotion such as anger or fear, regardless of contextual clues.

This could be because they have more difficulty either interpreting an emotional expression or placing it in context.

Ralph Adolphs and his colleagues at the California Institute of Technology have begun teasing out the distinction in a series of experiments.

The researchers showed 12 high-functioning adults with autism and 15 age-matched controls a series of photos, together with clues to their context.

Participants looked at 34 photographs of faces expressing strong emotions, such as laughter and anger, and faces with emotionally ambiguous expressions open to interpretation. The photos were preceded by either a textual clue — words such as ‘disaster,’ ‘celebration’ or a neutral series of letters — or a cartoon face with a happy, sad, or neutral expression. The researchers then asked study participants whether the photos express a positive or negative emotion.

“Somehow these individuals are impaired in their positivity bias and, at the same time, their ability to be influenced by a positive context is diminished,” says Oana Tudusciuc, a postdoctoral fellow in Adolphs’ lab. “They are definitely impaired at the level of context integration.”

Individuals with autism are consistently slower to react to the photos, though there are considerable individual differences. Tudusciuc plans to look for correlations between their responses and their scores on the Autism Diagnostic Observation Schedule. “I would like to see how this correlates with the strength of the effect,” she says.

The poster drew attention from Lia Cook, a textile artist who weaves large-scale images of faces in fabric. After observing people’s strong responses to her work, Cook began collaborating with neuroscientists to look into the neural mechanisms behind these reactions.

Last year, researchers at the University of Pittsburgh used functional magnetic resonance imaging and electroencephalography to compare levels of activity in the amygdala and insula when people look at the woven faces versus regular photographs.

Surprisingly, “people have more emotional responses to the woven images than to photographs,” Cook says. “One person suggested that I should try the study in people with autism.”