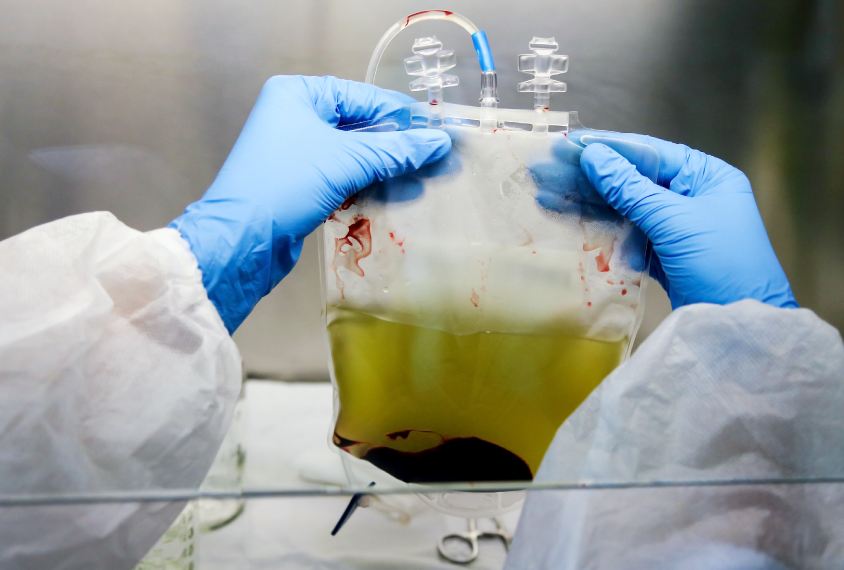 Price tag: Parents of autistic children have been charged to participate in clinical trials that attempt to use stem cells to treat the condition.

A widely criticized 2019 paper describing a study that used stem cells to treat autistic children has been retracted after the authors failed to disclose that participants had paid thousands of dollars to participate.

The retraction comes two years after Spectrum reported that a family member of one of the participants said she had paid more than $7,000 for her autistic child to take part.

The study was retracted earlier this week — despite objections from the authors — after “newly acquired information” again suggested “that participants were charged to participate and that these charges were not disclosed to the journal, which violates the journal’s guidelines on the disclosure of funding sources for clinical trials,” according to the retraction notice.

The paper, titled “Allogeneic human umbilical cord mesenchymal stem cells for the treatment of autism spectrum disorder in children: Safety profile and effect on cytokine levels,” was published in Stem Cells Translational Medicine and enrolled 20 autistic children between 6 and 16 years old. It did not include children who did not receive the stem cells, and so was not designed to assess the treatment’s efficacy, according to a blog post Paul Knoepfler, professor of cell biology and human anatomy at the University of California, Davis, posted in 2019.

Each child received four stem-cell infusions over a 9-month period, according to the study.

The trial’s authors concluded that the stem cells were “safe and well tolerated by children who participated” in the trial, and that “adverse events related to treatment were mild or moderate in intensity and short in duration,” according to the study. They also reported minor improvements in motor skills and social behaviors. Of the 20 children who enrolled in the trial, 5 dropped out.

Financial disclosures aside, the trial was “distinctly underwhelming in terms of any conclusions about the efficacy of cord-blood products or stem-cell products for autism,” Leigh Turner, professor of bioethics at the University of California, Irvine, told Spectrum earlier this year.

“It’s not really a meaningful contribution to scientific knowledge,” said Turner, who co-authored a critical letter about the study earlier this year with Jeremy Snyder, professor of public health ethics at Simon Fraser University in Burnaby, Canada. “It’s more what’s sometimes described as a scientific token of legitimacy to help burnish the marketing credentials of that business.”

The trial, which has been cited 23 times, according to Clarivate Analytics’ Web of Science, was spearheaded by Neil Riordan, a self-dubbed ‘serial entrepreneur’ and the founder, chairman and chief science officer of the for-profit Stem Cell Institute (SCI), in Panama City, Panama, where the trial was conducted. The SCI was established in 2007, according to the website for the Riordan Medical Institute, of which Riordan is founder and chief scientist.

Spectrum covered the small trial soon after publication of the paper in 2019, reporting that one of the families who participated in the trial was charged $7,200 for the four visits. Riordan said in a blog post that the story contained “several omissions and errors,” and that the thousands of dollars that each family paid to participate in the trial went toward services provided by outside facilities. He also claimed that the experimental treatment was provided for free.

However, in May of this year, in an article in Stem Cells Translational Medicine, Turner and Snyder contended that Riordan’s study was “pay-to-participate,” and that the study had “financial conflicts of interest that were not disclosed.”

Riordan and Jorge Paz Rodríguez, a co-author on the initial trial, responded to that article, stating that their trial “was not a pay-to-participate study. In fact, we went to great effort to ensure that the treatments were completely funded by the sponsor.”

Riordan and Rodríguez attributed the $7,200 price tag to “out-of-pocket expenses the subject may incur for transportation, lodging and meals, none of which are expenses of the treatment but are expenses incurred by subjects in most trials.”

In August, the journal editors closed the case, writing that, “based on the evidence provided, the editors consider that this explanation” — the one offered by Riordan and Rodríguez — “does not have a material impact” on their study.

Turner and Snyder then sent the Stem Cells Translational Medicine editors “lots of material (blog posts, Facebook pages, articles, crowdfunding campaigns, study listing on clinicaltrials.gov, archived SCI web pages, the 2019 Spectrum piece by Hannah Furfaro, etc.) documenting that parents of the children in the SCI study were charged as a condition of having their children participate in the study,” Turner wrote in an email to Spectrum.

“The [Stem Cells Translational Medicine] editors then reached out to parents — we provided contact information for two of them — and conducted their own investigation in conjunction with the publisher,” he said.

“It wasn’t just that parents [of] children in the study were charged, though that’s important,” Turner said in his email. Riordan’s “SCI also charged parents of children [who] weren’t in the study — even though SCI does not have convincing evidence of efficacy. And this has been going on for more than a decade now.”

The study was retracted on 30 November. Anthony Atala, the journal’s editor-in-chief, did not immediately respond to requests for comment.

Riordan “strongly” disagreed with the retraction, according to an email from Jay Lenner, Jr., vice president for international operations at the SCI, who said that Riordan was traveling internationally and would be difficult to contact directly. The company stands by its “scientific methodology and clinical trial results,” Riordan said in a statement Lenner forwarded.

“As stated previously to the journal, trial participants did not pay for any stem cell collection, processing, storage or preparation at the lab, nor did they pay for the clinical application of the cells,” the statement continued. “Years after publication, the editors regrettably chose to consider these previously disclosed external costs as undisclosed payments to participate, despite our numerous clarifications to the contrary.”

Other trials evaluating the use of stem-cell therapies to treat autism are ongoing in the United States as well, including at Duke University in Durham, North Carolina. Turner said, in an email, that “patients (or parents of children) have been charged to participate in trials other than the study conducted by the Stem Cell Institute.” He wrote about some of those ‘pay-to-play’ trials in a 2017 article in the journal Regenerative Medicine.

There are no stem-cell therapies for autism that have been deemed both safe and effective in a randomized, controlled clinical trial, according to Turner and Snyder’s 2021 article.

With reporting by Peter Hess.