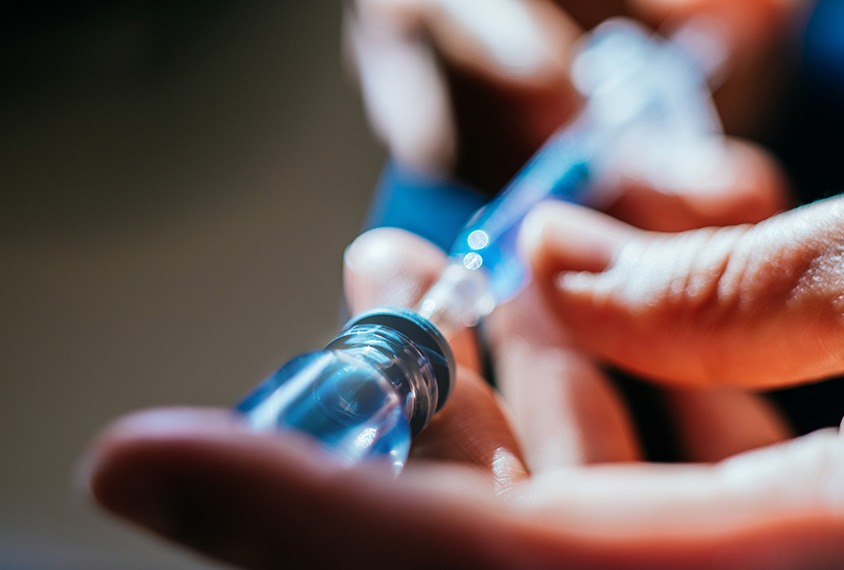 Green light: A gene therapy trial for Angelman syndrome is scheduled to resume, after the FDA paused it last November.

The U.S. Food and Drug Administration (FDA) has cleared the way for a clinical trial of a gene therapy for Angelman syndrome to resume. The FDA paused the trial last November after children who received the treatment temporarily lost the ability to walk.

Biopharmaceutical company Ultragenyx in Novato, California, is running the trial in collaboration with Florida-based biotech startup GeneTx. In May and June, regulatory bodies in Canada and the United Kingdom, respectively, gave the companies the go-ahead to start testing the drug.

“It’s nice to see that we are able to restart again in the United States,” says Timothy Yu, associate professor of pediatrics at Harvard University. Yu is not involved in the trial but says he has advised the companies and hopes to start a trial site at Boston Children’s Hospital.

In February of last year, five children with Angelman syndrome began receiving gradually increasing doses of the therapy via injection in the lower back. But by July, all five were experiencing leg weakness, which was severe enough in two children to prevent independent walking. The researchers stopped administering doses at that point, says Scott Stromatt, chief medical officer of GeneTx. The FDA officially paused the trial in November.

All of the children fully recovered, Stromatt says, and the researchers attribute the problems to inflammation at the injection site caused by higher doses of the drug. They are continuing to test the children’s blood to confirm this theory. In the meantime, eight new children with Angelman syndrome have been enrolled to take lower doses.

“We will be going very shortly,” Stromatt says. “The most important thing is safety and to do it carefully.”

In the new trial, four children aged 4 to 8 years who were not previously treated with GTX-102 will receive four monthly doses of 2 milligrams of the drug. Another four children will not receive the drug. Both groups will be evaluated at the start of the trial and after 128 days, at which time the control group can also begin to receive treatment.

In a second phase, all eight children — if their families so choose — will continue to be treated every three months.

In the previous trial, dosing of GTX-102 started at 3.3 milligrams and increased to 20, and in some cases, 36 milligrams, which is when side effects began. (The trials in the U.K. and Canada are using 3.3 milligrams in the younger children and 5 milligrams in children aged 8 to 17.) Researchers are also monitoring proteins in the children’s blood and cerebrospinal fluid as an additional safety precaution, Stromatt says.

The children in the previous trial seemed to show improvements in communication, motor skills and sleep before it was halted, and parents continue to report progress. Children may respond more slowly to the lower doses in the new trial, Stromatt says

The restart is “promising,” says Mark Zylka, professor of cell biology and physiology at the University of North Carolina at Chapel Hill, who is not involved in the trials. It’s likely the lower doses will prevent serious side effects, he says, and although the groups are too small to rigorously assess the drug’s efficacy, any improvements would suggest that these types of gene therapies are a promising avenue for treating neurodevelopmental conditions.

“I’m looking forward to seeing what they find,” Zylka says.

If further trials confirm that the drug is effective, it would suggest that the brain maintains the ability to respond to treatment through childhood, Yu says.

“The existence of an open therapeutic window is what the early trial results really excitingly seem to suggest may be present, and that’s why everyone in the field is watching this so closely,” he says. “It has the prospect of being a fundamental truth common to lots of these neurodevelopmental disorders, and that’s what’s exciting about it.”