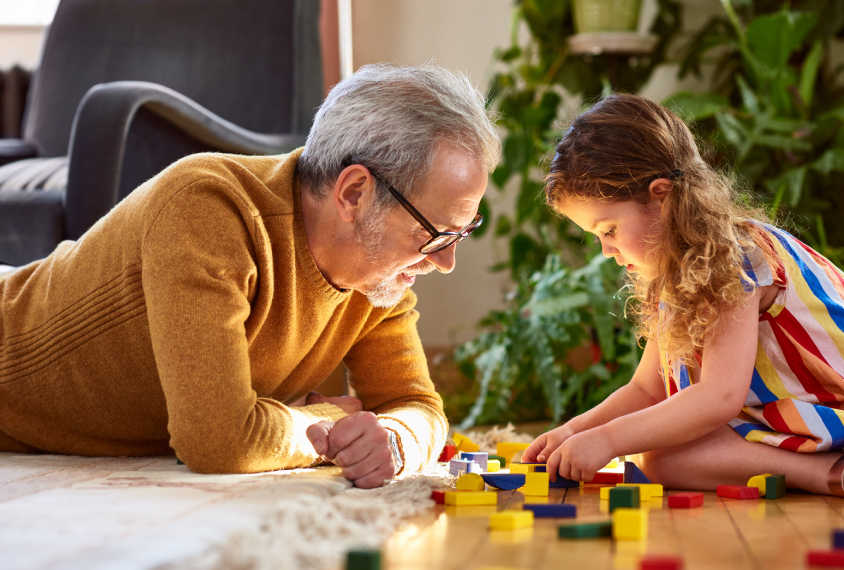 Counting the years: Older parents are no more likely than younger ones to pass on large genetic mutations to their children.

Most of the large, spontaneous genetic mutations tied to autism are passed down from fathers. But, unlike with smaller mutations, a man’s age is unlikely to significantly up the rate at which they occur.

Researchers presented the unpublished work today at the 2020 American Society of Human Genetics conference, which is taking place virtually because of the coronavirus pandemic1.

Spontaneous, or de novo, mutations can occur in a sperm or egg cell, or very early on in an embryo’s development. Many of these changes involve a single DNA letter, or base pair, and are known as ‘point mutations.’ They tend to accumulate over time in sperm and eggs and may contribute to higher rates of autism among children born to older parents, especially older fathers.

Larger mutations, such as deletions or duplications of DNA sequences, have also been linked to autism, but they are rarer and require sizeable cohorts to study. The new work examined structural variants involving 50 or more base pairs in two large groups of autistic people and their families.

It’s likely that studies of even larger groups will find that parental age does raise the odds of passing down structural variants, says co-lead investigator Aaron Quinlan, professor of human genetics and biomedical informatics at the University of Utah in Salt Lake City. But the new findings from his lab make it clear that age plays a much smaller role for them than it does for point mutations.

The results are “fairly good evidence that if there is a parental age effect, it is weak,” he says.

The researchers analyzed the genomes of 2,363 people with autism, as well as 1,938 of their non-autistic siblings and both parents. They compared rates of structural variants, excluding those that involve entire chromosomes. The families have no known history of autism.

In both autistic people and controls, about three-quarters of the mutations occurred in DNA passed down by the father’s cells rather than the mother’s.

But the fathers of children with and without structural variants do not differ significantly in age, the researchers found.

They did not analyze the relationship between a mother’s age and likelihood of mutations, but because mothers and fathers in the cohort were of similar ages, the researchers can infer a similar effect.

In a smaller group of 165 autistic people and 85 unaffected people — all carrying structural variants — the researchers confirmed an association between paternal age and the number of point mutations in people with autism and in controls.

Point mutations and structural variants have different underlying mechanisms: The former tend to occur randomly during cell division and genome replication, whereas the latter are the result of cells repairing breaks in the chromosome.

“The rate at which those [chromosome breaks] occur don’t really change as a function of age,” Quinlan says.

The findings may lead to a better understanding of the role of structural variations in autism and other complex conditions in which genetics play a large role, says Jonathan Belyeu, a graduate student in Quinlan’s lab. Belyeu presented the findings.

“Theoretically, if we can identify where these variants are occurring, it will point us to genes that are important for the overall [condition],” Belyeu says.