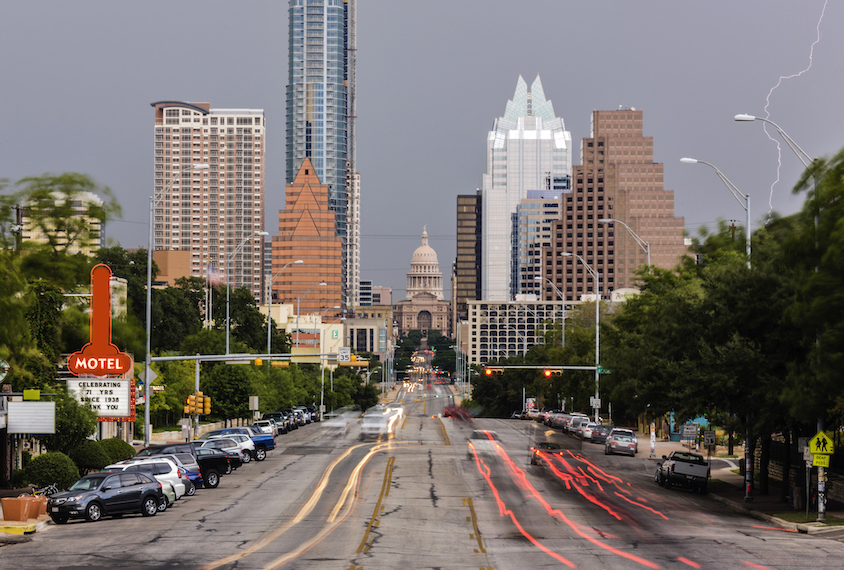 Ground support: Texas’ anti-trans policy has researchers looking for ways to support Austin’s LGBTQ community at the upcoming meeting of the International Society for Autism Research.

Controversial health policies in Texas and lingering concerns about COVID-19 have compelled some autism researchers to skip the annual meeting of the International Society for Autism Research (INSAR) in Austin next month, the organization’s first in-person meeting in three years.

In late February, Texas Governor Greg Abbott ordered the state’s welfare agencies to investigate the parents of transgender children who receive gender-affirming health care, which he equated to child abuse. That move came on the heels of September legislation that effectively banned abortion in the state and allows private citizens to sue anyone who performs or helps a woman to access the procedure after her sixth week of pregnancy.

“I don’t want to support a state with such anti-woman, anti-LGBT policies,” says David Mandell, professor of psychiatry at the University of Pennsylvania, who plans to boycott the meeting.

Texas’ response to the ongoing pandemic also factored into his decision, he says. The state has implemented few COVID-19 mitigation strategies, such as vaccine requirements or mask mandates. And although private businesses can require masks indoors, an order from the governor prohibits most local governments from doing so. (INSAR recommends that attendees wear masks throughout the meeting.)

“There’s a whole variety of reasons why someone might feel uncomfortable going to Texas and supporting the state in any way,” says Micheal Sandbank, who, as assistant professor of special education at the University of Texas at Austin, plans to attend in person.

In response to researchers’ concerns, the INSAR board issued a statement on 8 March, explaining that “the Board hears and respects those sentiments, which have included calls for a boycott of Texas,” but that they planned to go forward with the meeting. “We want to take care that the path we choose to voice INSAR’s commitment to equity for all people is consistent with our mission and does not deprive any community of a vibrant scientific meeting.”

As much as the board hopes to see people in person, they are offering a hybrid option because they “recognize the difficulty [Texas as a location] poses for some of our members,” says Connie Kasari, professor of human development and psychology at the University of California, Los Angeles, and INSAR’s current president.

Some people — early-career researchers in particular — cannot afford to skip the INSAR meeting, Mandell acknowledges. “I am in a position of privilege. I have tenure and lots of funding. While I love the INSAR annual meeting and miss it terribly, it’s not critical to my professional success at this point.”

And for those who don’t enjoy attending virtual conferences, traveling to Austin next month may be the first chance they’ve had to interact with the broader autism research community since 2019.

“I want to be there,” says Zachary Williams, a medical and doctoral student at Vanderbilt University in Nashville, Tennessee, who is running one of the conference’s special-interest groups, set to be held only in person. “I want to be in the lecture halls; I want to see the people I don’t [typically] see.”

Williams says he understands why some researchers may be uncomfortable traveling to Texas at this time, but he also sympathizes with the predicament the conference organizers are in with a meeting that has been planned years in advance.

“Five years ago we started planning,” Kasari says. “The board considered many things … not the least is that we are a nonprofit organization (not a political body) representing a global community of researchers serving the broad autism community, including families and individuals in Texas.”

After much deliberation, Kristen Lyall, associate professor at the A.J. Drexel Autism Institute at Drexel University in Philadelphia, Pennsylvania, says she has decided to travel to Austin next month, too. She is leading a panel session and giving an oral presentation at the meeting, both of which she says she prefers to do in person.

She and her colleagues plan to add a statement to their posters and talks to reiterate their public health values that run counter to the state’s policies, she says. “Even though it’s just some words on paper, I do think it’s important to show support and actively send a message that health and equity need to be supported in all places.”

Other attendees offered further suggestions for how to support the trans community in Texas. For example, Alycia Halladay, chief science officer of the Autism Science Foundation, who is planning to attend in person, wrote on Twitter that she might make a trip to a favorite LGBTQ bar while she’s there.

And Meghan Miller, assistant professor of psychiatry and behavioral sciences at the University of California, Davis, tweeted that although she’s skipping the meeting entirely, she plans to donate the cost of her conference registration to organizations that support trans youth.

Sandbank is participating in a pre-conference meeting to shine a spotlight on local INSAR members and nonprofit organizations: “There are people who are part of the INSAR community in Texas who do stand to benefit from that event being there.”