Only subset of chromosome 16 variants linked to autism 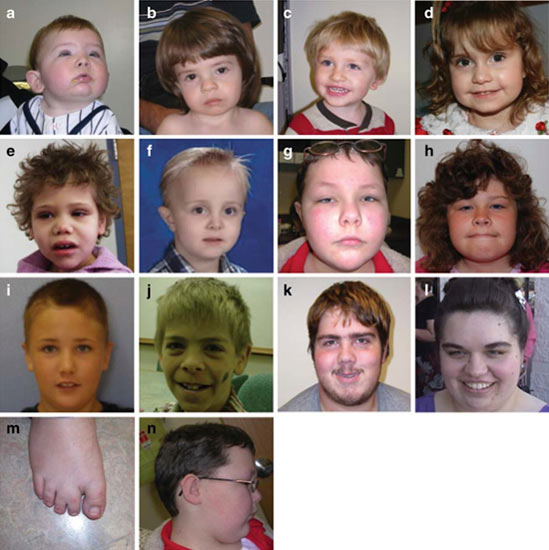 Full spectrum: People with deletions in the 16p11.2 chromosomal region often have speech delays and cognitive impairments, but only a subset have autism, according to two independent studies.

Deletions or duplications of chromosomal segment 16p11.2 — previously reported as a key autism region — are seen in people with developmental delays and speech and behavioral problems, but not necessarily autism. That’s the finding from two large studies published last week of people carrying these rare genetic variations.

The results suggest that variants in the 16p11.2 region — referred to briefly as 16p — must pair with other genetic or environmental factors to cause the full-blown social deficits and stereotyped behaviors seen in autism, the researchers say.

“We are trying to make it clear that the association with autism is there, but also to be open-minded to other conditions that are associated with this rearrangement,” says Marwan Shinawi, an investigator on one of the studies, led by researchers at Baylor College of Medicine in Houston, Texas.

Both reports found that the most common symptoms in people carrying these variants are speech delay and cognitive impairments.

“It’s probably a bit of a misnomer that this has been flagged as an autism disorder,” says Evan Eichler, an investigator on the Signature study. “If you look at all of the studies, the speech delay issue is pretty much the most highly penetrant feature of this disease, and I think that’s why it gets classified as autism quite frequently.”

Two other studies this year dove into the complicated medical histories of people carrying 16p variants. All of them found that the region is associated with a wide variety of clinical features, and that only a subset of people carrying the variants also have autism.

“There’s been a number of these medical record reviews now and I think we have an overall feel for these individuals,” notes Ellen Hanson, director of the Phenotyping Core at Children’s Hospital Boston, who was not involved in either new study. “But none of the studies has really done any rigorous phenotypic analysis of the patients. It’s a great time to take the next step.”

For a more complete clinical picture, researchers should use more rigorous and standardized psychological batteries, and try to collect brain imaging data on all participants, she says.

Since the trio of studies that first tied it to autism in early 2008, 16p11.2 has been one of the hottest regions of study in the field.

Those reports showed that deletions or duplications — dubbed ‘copy number variations’ (CNVs) — in the region crop up in about 1 percent of people with autism. But the studies also found these CNVs in a handful of people with schizophrenia, bipolar disorder, depression or no recorded health problems3.

Subsequent research told an even more complicated story of the region, which spans 600 kilobases and includes about 25 genes. For example, earlier this year, researchers identified 14 16p deletions in a group of 4,284 people with mental retardation, only one of whom has a confirmed autism diagnosis4.

Last month, a study analyzing data from about 6,000 people found that carrying a 16p duplication increases the risk of developing schizophrenia by about 14-fold5.

Signature Genomics, a commercial molecular diagnostic laboratory, based its findings on blood samples sent in for tests for various health problems, including heart defects, seizure disorders and developmental delay. Most of the samples are from children or teenagers, and about 10 percent of the cases are referred because of suspected autism spectrum disorders (ASD), says Blake Ballif, the company’s director of product development and research.

Six individuals carrying the deletion and three carrying the duplication have suspected autistic features, autism or Asperger syndrome — that’s about 1.1 percent of the total number of autism cases the company has received, and roughly consistent with previous studies.

But the company also identified 16p variants in 0.76 percent of its non-autism referrals, and in 3.1 percent of samples identified with genetic abnormalities.

Similarly, the other study analyzed blood samples sent to the Medical Genetics Laboratories at Baylor College of Medicine. About 70 percent of the samples are from people who live in Texas, according to Shinawi, who led the clinical work.

Among the roughly 7,400 samples, the researchers picked up 27 deletions and 18 duplications of the 16p region. Only about 20 percent of the people carrying these variations have been diagnosed with autism or autistic features. The final number could be higher, however, because the lab lacks clinical data for most of the samples.

The sheer number of individuals with 16p abnormalities is impressive, but both teams acknowledge that their studies suffer from scattershot clinical descriptions.

When a doctor sends Signature Genomics a sample that’s suspected of autism, for example, “there’s a wide range of things that could fall under the ASD [label], and it’s not entirely clear what those all might be, or whether they had full testing for autism,” says Ballif.

The company tried to contact the referring doctor for each of the 77 people carrying 16p CNVs to get additional information, but succeeded in only 28 of the cases.

The Baylor group obtained clinical information for 17 people carrying the deletion and 10 carrying the duplication. Shinawi was able to personally interview and give a physical exam to 11 of these individuals, and 15 had accompanying brain imaging data.

This ‘reverse genomics’ approach — in which researchers start with a genetic description and work backwards to find a clinical description — is in stark contrast to previous studies of the region, which drew from large cohorts of people diagnosed with autism using standardized behavioral tests, such as the Autism Diagnostic Observation Scale (ADOS).

The clinical descriptions published in the studies span a wide range of features, and provide an intriguing contrast between people carrying the deletions and those carrying the duplications.

For example, both studies show that deletions tend to be spontaneous, or de novo, rather than inherited. Deletions are more strongly associated with autism than are duplications.

“This tells us that whatever the duplication phenotype is, it’s much milder,” Eichler says. In contrast, he says, “the deletions must be largely contributed by new mutations in the population, presumably because most of these individuals are not going to marry and reproduce.”

Perhaps most interesting, the Baylor team found a statistically significant difference in head size between people carrying each type of variant. Of the 16 carrying the deletion, 11 have enlarged heads. In contrast, 6 of the 10 people with the duplication have heads that are smaller than normal.

These findings agree with previous reports showing that children with autism tend to have large heads, and that people with different types of psychosis, such as schizophrenia, tend to have smaller heads6.

“This is an observation that definitely deserves a little bit more attention in the future,” says Shinawi, now an assistant professor of pediatrics at Washington University in St. Louis. He points out that head size is associated with CNVs in other chromosomal regions as well, though no one knows why.

For example, people carrying duplications in 1q21.1 have large heads, whereas those with deletions have smaller heads7. The 1q21.1 deletion has also been associated with schizophrenia.

Hanson says she is glad to see an emphasis on differences between duplications and deletions of this much talked-about region. “It needs to be very clear, when we start talking to the general population, that the 16p11.2 deletion and the 16p11.2 duplication are really two completely different things,” she says. “We’re going to have to do analysis on both, and probably start doing separate papers so it’s not confusing.”

The biggest question to tackle will be why individuals with the same CNV have dissimilar clinical manifestations, Shinawi adds. Because only one copy of the chromosome is deleted or duplicated in these individuals, it could be that point mutations on the second copy affect the ultimate phenotype. Genes on other chromosomes or epigenetic or environmental factors could also be at play.

Shinawi and several other teams are building registries of children with 16p CNVs, aiming to refine the clinical phenotype of each of the variants, as well as find additional mutations that may interact with them. “I’m sure that over the next two years we’ll be hearing a lot more about this region,” Shinawi says.