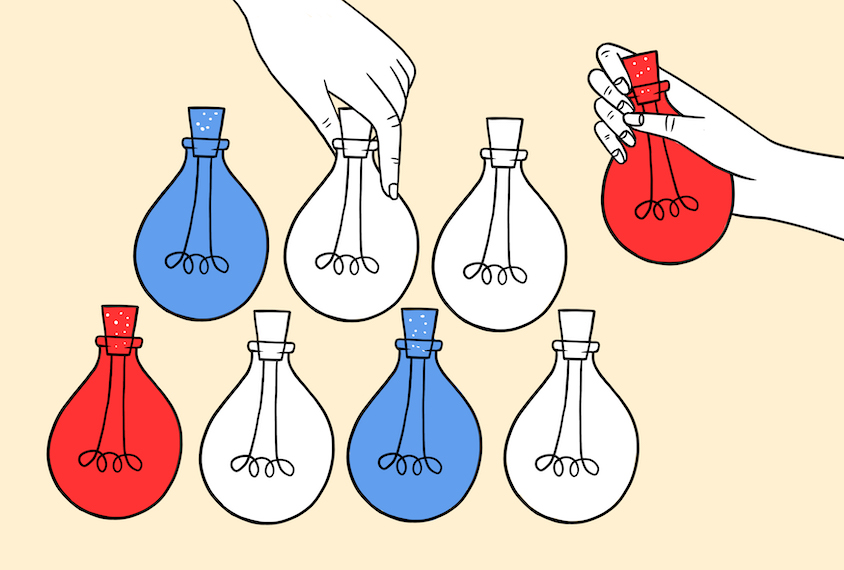 One booth at the Society for Neuroscience’s annual meeting last month was especially popular: that of the Community for Rigor, or C4R. Run by a group of neuroscience researchers at the University of Pennsylvania in Philadelphia, along with colleagues from around the United States and Canada, C4R creates educational materials about biases in experimental design, data analysis and other elements of research that contribute to the lack of rigor that many in biomedical science cite as the root of a “replication crisis.”

The C4R booth saw a nonstop stream of conference-goers, says Konrad Kording, C4R co-founder and professor of neuroscience and bioengineering at the university. “It was a great opportunity to talk with people.”

C4R also chats with researchers online via its C4R Confession Box, a Twitter account where scientists are invited to share stories about rigor — including their struggles to maintain it. “We want to produce this emotional response that, basically, these things that make science give us wrong positive answers can happen to me as a scientist, and here’s how I can avoid that,” Kording says.

In one anonymous submission to the C4R Confession Box, a scientist recalls producing null results in their early years as a Ph.D. student. Colleagues assured them that “sharing null results is important for the field!” That comment, however, was often followed by: “ … but then again, you have your career to consider.”

Our December issue — my last before placing this newsletter back into the trusty hands of its founder, Laura Dattaro — focuses on null results in a sensitive area: how pregnancy can shape a child’s autism.

Thanks for tuning in each month, and if you have any comments or studies you think we should see, send them over to Laura at [email protected].

The November findings were published in Research on Child and Adolescent Psychopathology.

There’s also no link between autism diagnoses in children and a parent’s use of a different class of medications — benzodiazepines, which are often used to treat anxiety — during pregnancy, according to a cohort study of 1.5 million children, 76,411 of whom were born to people who filled a benzodiazepine prescription while pregnant.

The use of benzodiazepines did appear to increase the chance that children would have attention-deficit/hyperactivity disorder (ADHD) or autism in the group as a whole, but the association disappeared when comparing exposed and unexposed siblings. This result suggests that the association is a product of genetic or environmental factors rather than the medication itself, the researchers conclude.

The results were published in November in JAMA Network Open.

Children born to people with underactive thyroid glands have an increased chance of having autism, according to previous research. How treatment with levothyroxine, a drug that replaces the thyroid hormone thyroxine, affects that relationship is unclear, though.

There is no association between levothyroxine use during pregnancy and autism in the child, based on a study of 420,031 children born to women who did not take the drug and 2,125 children born to those who did. There is also no link between a parent’s use of the medication during pregnancy and their child being small for their gestational age or later diagnosed with ADHD.

Preterm births, however, are more likely to occur among people who used levothyroxine during or prior to pregnancy than among people who have never taken the medication. Part of this link might be explained by the underlying thyroid condition itself, the researchers note.

The findings were published in November in BMC Medicine.