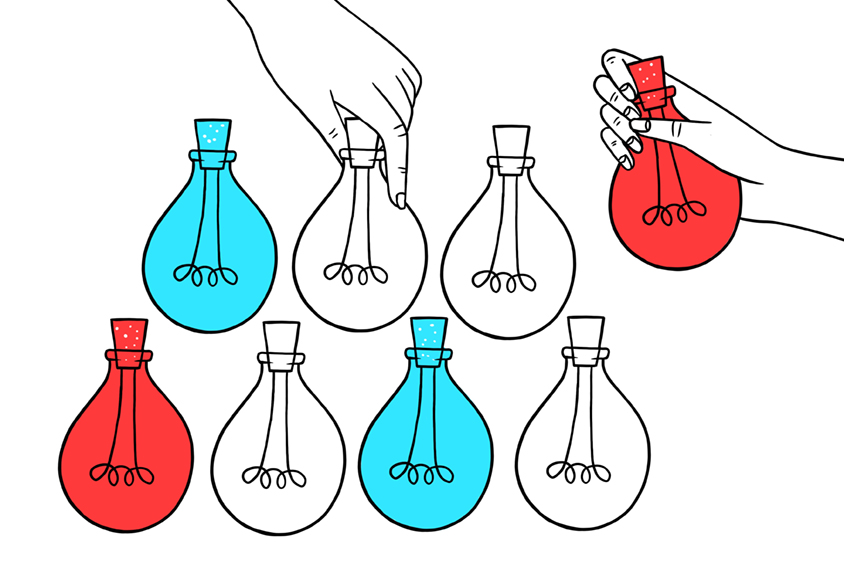 As Null and Noteworthy enters its second year, I’m refocusing on its purpose — and I came across the perfect tweet to express it, courtesy of University of Westminster psychologist Samuel Westwood:

Am I doing it right? pic.twitter.com/SpnVEpnfT0

Fortunately, many replications and null findings are making their way into journals — so many, in fact, that this newsletter will now be published monthly, rather than every other month. So keep an eye out for the next edition in March. In the meantime, thanks, as always, for your feedback, and please continue to send your thoughts, ideas, interesting studies and cat photos to [email protected].

Though much autism research focuses on early development, scientists are increasingly working to understand how the brain may age differently in autistic and non-autistic people. A new study set out to replicate a pair of findings from 2015 and 2016. Both found that autistic adults lost many cognitive faculties at the same rate as non-autistic adults but retained more of their working and visual memory and ability to intuit others’ feelings, suggesting that autism has a ‘protective effect’ on aging.

Not so, according to the new study, which looked at 88 autistic and 88 non-autistic people between 30 and 89 years of age and was led by one of the co-investigators of the 2015 work. The team replicated nearly all of the previous findings — suggesting that autistic adults are not at any increased risk for cognitive difficulties as they age — but saw no evidence of the previously observed protective effect.

The work was published in Autism Research in December.

People with anorexia nervosa are much more likely to be autistic, have autism traits or give birth to an autistic child than people without the eating disorder. But the reasons underlying the overlap are murky, and the extent to which autism predisposes a person to anorexia is far from clear. Some findings have suggested that a reduced interest in socializing is a common heritable trait in both conditions, but new data contradict that idea.

The findings were published in Autism in November.

Many factors are theorized to influence autism likelihood prenatally, but a pair of new studies tentatively rule out two. In one, researchers asked the mothers of 1,428 children whether they had used marijuana at any point in their pregnancy or in the three months prior. Though the prevalence of autism was slightly higher in children whose mothers had used the drug — 5.2 percent — than in those who hadn’t — 4.4 percent — there were no differences in autism likelihood between the groups after accounting for the mother’s education level and use of tobacco or alcohol. The other study, which looked at more than 4 million children born in Denmark, Finland, Iceland, Norway or Sweden from 1996 to 2017, found no association between a mother’s use of antipsychotics during pregnancy and the chances of autism or attention deficit hyperactivity disorder in her child.

The marijuana findings were published in the Journal of Autism and Developmental Disorders in November; the antipsychotics study appeared in Evidence-Based Mental Health in November.