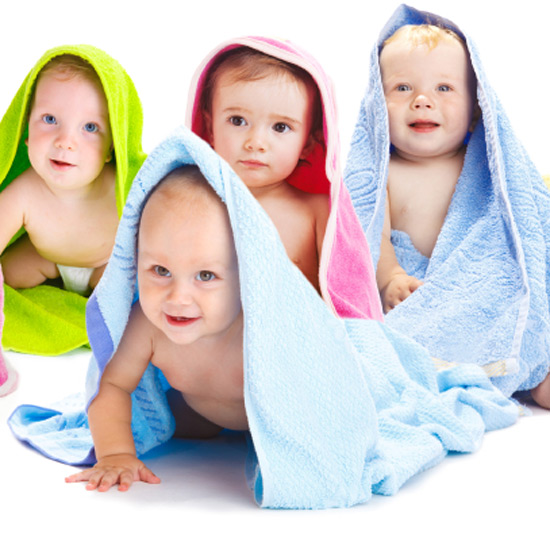 Baby steps: Participating families answer questions about the children’s health, environmental exposures, and social and communicative behaviors between 6 months and 7 years of age.

Researchers in the United States and Norway are launching autism studies based on data from more than 100,000 Norwegian children and their families, collected over the past decade. The unusual project, called the Autism Birth Cohort, is intended to uncover genetic and environmental causes of the disorder and the interplay of these factors over time.

The researchers are evaluating data on a variety of aspects, ranging from the participants’ physical and mental health status to prescription drug history and environmental exposures, they explain in the July issue of Molecular Psychiatry1.

“We really think of this as sort of a three-strikes hypothesis: It’s genes, it’s environmental exposures, but it’s also the temporal context,” says Mady Hornig, one of the project leaders and associate professor of epidemiology at Columbia University.

The project, which began in 2005, relies in large part on data amassed for Norway’s Mother and Child Birth Cohort2,3. That study, known as MoBa, includes questionnaires and biological samples — such as parental blood and cord blood, urine, rectal swabs and milk teeth — collected from more than 100,000 children and their parents over the past decade.

A similar effort, the U.S. National Children’s Study, is expected to grow into a resource for environmental and other analyses of roughly 100,000 children. But that project is still in its infancy, and began recruitment in 2009.

Based on prevalence estimates, researchers from the Autism Birth Cohort expect to find at least 550 children with autism in MoBa. Other groups are using MoBa data for studies on conditions ranging from cerebral palsy to attention deficit hyperactivity disorder.

For decades, researchers have been mining data from registries and prospective projects in Scandinavian countries, particularly Denmark and Norway, which have a long tradition of compiling large and comprehensive community datasets.

More than 98 percent of Norwegian hospitals participated in MoBa, inviting pregnant women to enroll when they came in for an ultrasound at 17 weeks of pregnancy. Between 1999 and 2008, 90,700 mothers, 72,100 fathers and their 108,500 children enrolled in the study.

The pregnant women answered questions about, among other things, their own diet and possible environmental exposures at home, work or school. Enrolled families continue to fill out questionnaires addressing the children’s health, environmental exposures, and social and communicative behaviors at 6 and 18 months, and 3, 5 and 7 years of age.

Most autism studies are retrospective, forcing researchers to rely on medical histories and work backwards to pinpoint environmental exposures. For instance, many studies have to make do with parents’ memories of the first signs of autism-related behavior in their children. But memories are notoriously unreliable and can shift over time.

Even ambitious efforts such as the Autism Genetic Resource Exchange — a repository of blood samples and cognitive data from 8,000 people in families with autism — provide limited information about environmental exposures, and do not include samples taken prior to autism diagnoses.

In contrast, this study begins before the children have shown any signs of autism.

Children who appear to have autism-related traits based on information from the MoBa questionnaire at age 3, along with their parents and randomly selected controls, are assessed in person at an Oslo clinic. Those diagnosed with autism will be asked to return for another assessment at age 7 or 8.

The team is also identifying MoBa-enrolled children diagnosed with autism through the government’s Norwegian Patient Registry, which tracks patient visits and diagnoses nationwide, and through community referrals.

Experts are particularly optimistic about the new database’s ability to identify reliable behavioral or physiological signatures that may help diagnose the disorder early.

“Eventually we really want those biomarkers,” says Catherine Lord, director of the University of Michigan’s Autism and Communication Disorders Center, and a member of the project’s scientific advisory board.

For the scheme’s pilot phase, researchers are looking for autism biomarkers in umbilical cord blood. Hornig says they have preliminary evidence for a risk factor that can be detected at birth in a subset of children who go on to develop autism.

Genetic studies based on the project will focus on candidates identified in previous studies, Hornig says. But the scope is likely to expand as the cost of generating genetic data — particularly DNA sequencing — drops.

The study could also help uncover environmental, genetic or biological ties between autism and other conditions, such as attention deficit hyperactivity disorder or preterm birth.

Because researchers have access to reams of behavioral and other data from the families, they should be able to study how specific biological and environmental factors contribute to conditions on the autism spectrum, even if autism diagnostic criteria change, notes Camilla Stoltenberg, deputy director general at the Norwegian Institute of Public Health, who helped oversee MoBa from 2001 to 2008.

The clinical definition of the disorder is likely to change significantly in the next version of the American Psychiatric Association’s Diagnostic and Statistical Manual of Mental Disorders, or DSM-5, scheduled to come out in 2013.

“We can actually work on different definitions of the diagnosis within the same cohort and look at how that affects what we’re studying,” Stoltenberg says. “We’re not stuck with one simple set of diagnostic criteria forever.”