Voice box: Maeve, a 9-year-old girl who does not speak, uses a device that produces a custom-made voice.

Jack doesn’t speak, but that doesn’t stop him from communicating.

Jack, a 7-year-old boy with autism, sometimes uses gestures to signal what he wants. He also taps pictures on a touch-screen device that produces words on his behalf. But he doesn’t like to use the gadget in public.

“He’s embarrassed by the way the voice sounds,” says Jack’s mother, Jennifer (she asked that her last name be omitted for privacy), who describes the sound as robotic and the wrong pitch for a young boy. “Kids have made fun of him.”

A new service solves this problem by making personalized voices for speech-generating devices. The service, called VocaliD, could help the nearly 25 percent of children with autism who speak few to no words.

“There’s a level of independence and self-esteem that’s derived from having a voice that’s more representative of you and feels like an actual natural extension of yourself,” says VocaliD founder Rupal Patel, a communication science expert at Northeastern University in Boston.

Patel starts the process of creating a custom voice by recording whatever sound a child is able to make, whether it’s a word, a syllable or simply a sustained “ah.” She then scours a database of speech recordings that she is amassing from more than 10,000 people in the general population for a voice ‘donor.’

The donor is about the same age and the same gender as the ‘recipient’ — the nonverbal child. The donor and recipient also hail from the same geographic region, among other likenesses, and share similar vocal properties such as pitch and loudness. A computer program blends the recipient’s voice recording with the donor’s voice.

“We create a voice that’s as understandable as the donor, but has the unique vocal characteristics, or identity, of the recipient,” Patel says.

Having a unique voice could help nonverbal people with autism “break through” social and communication barriers, says Pat Mirenda, professor of educational and counseling psychology at the University of British Columbia, who is not involved in the project. “I think it has huge potential for how people perceive and respond to that individual, and for how that individual sees him or herself.”

Speech-generating devices are a form of augmentative and alternative communication, which encompasses various methods and tools designed to replace speech. It includes sign language and gestures, for example, as well as computerized devices such as iPads that speak phrases when users tap a picture or type certain words. (This is distinct from facilitated communication, a practice that requires the physical help of another person. The scientific community has roundly discredited facilitated communication.)

Most speech-generating devices offer the choice of only a few voices, and these options often do not represent the age, gender or personality of the user. “Pretty much everyone sounds like Stephen Hawking,” Mirenda says. “There’s really no personality at all in any of the voices. They’re intelligible, but they’re pretty generic.” 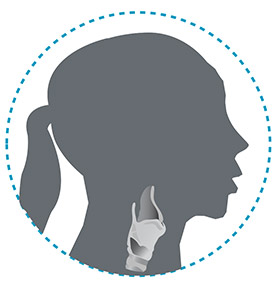 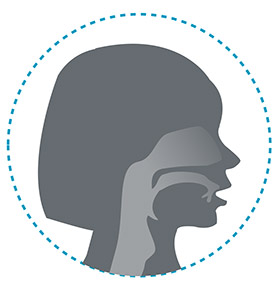 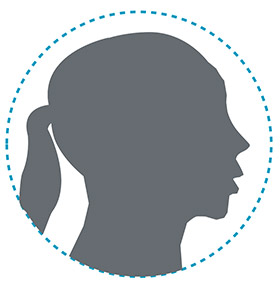 Voice blender: VocaliD mixes recordings from a nonverbal person (left) with those from a similar verbal individual (middle) to create a personalized voice (right).

Patel came up with the idea to create personalized voices 13 years ago at a meeting of the International Society for Augmentative and Alternative Communication in Denmark. There, she witnessed a young girl and a middle-aged man having a conversation using their speech-generating devices.

“What struck me was that the voice on both devices was an adult male voice,” Patel says. “The voices that are available don’t reflect the unique identity of the person using the device.”

This lack of customization may discourage children from using their speech-making gadgets.

“Studies suggest that even when a child has a system, they’re not using it,” says Helen Tager-Flusberg, director of the Center for Autism Research Excellence at Boston University. Tager-Flusberg collaborates with Patel on some projects but is not involved in VocaliD. “If [VocaliD] makes people want to use their devices more, that’s a huge, huge advance.”

Encouraging children to use their devices might help them to become more verbal. Last year, a randomized trial found that children with autism who used a speech-generating device for six months learned to say more words in their own voices than did those without the gadgets1.

“I think it’s a great invention,” says Oliver Wendt, assistant professor of speech, language and hearing sciences at Purdue University in West Lafayette, Indiana. “It has a lot of potential to personalize [devices] to a degree that they are much more socially acceptable.”

Still, Wendt says we won’t know for sure whether personalized voices increase the use of speech-making tools or language acquisition until people start using them. Then researchers can study their effects on device use, communication frequency, vocabulary and other measures of verbal ability.

Patel says her team has made a couple dozen voices so far, but the majority of them are for research purposes and only three are actually in use. They plan to release seven new personalized voices by the year’s end.

VocaliD won’t be available until 2016, but families can pre-order a voice via the company’s website.

Jack’s mother hopes her son will be among the first to receive a custom voice. “I am so desperate for my son to have this,” she says. “I think it would make a big difference for him.”