New spike in autism numbers may reflect rise in awareness 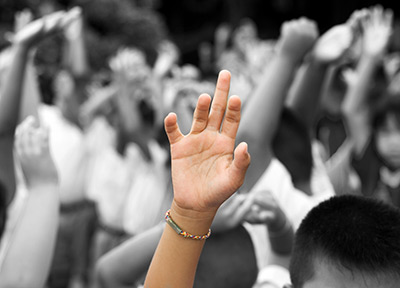 Changing picture: The most notable change in autism prevalence is the growing number who have average or above-average intelligence.

About 1 in 68 children in the U.S. is diagnosed with autism, according to the latest data from the Centers for Disease Control and Prevention (CDC), scientists from the organization reported Thursday.

This estimate represents a 30 percent increase in prevalence from the 1 in 88 children reported in 2012 to have autism.

The researchers evaluated school and medical records of 363,749 children who were 8 years old in 2010. The prevalence data are from 11 states but vary widely by geography, from 1 in 45 in New Jersey to 1 in 175 in Alabama. The numbers also vary based on ethnicity, sex and co-occurring conditions.

As in previous years, the gender ratio is skewed, at 4.5:1 for boys versus girls.

The most notable shift is the growing proportion of those who have average or above-average intelligence, rising from 30 percent in 2002 to nearly 50 percent in 2010.

“The picture of autism is changing,” Coleen Boyle, director of the CDC’s National Center on Birth Defects and Developmental Disabilities, said at a press conference on Thursday.

The increase in diagnosis in this subgroup is a “significant contributor to the increasing prevalence trend overall,” says Craig Newschaffer, director of the A.J. Drexel Autism Institute in Philadelphia, who was not involved in the study. Although changes in underlying risk cannot be ruled out, he says, the finding “suggests that parents, educators and clinicians are still becoming better equipped at recognizing [autism] in cognitively able children.”

The CDC began monitoring autism rates in 2000. Boyle notes that since then, the methods the CDC uses to estimate prevalence have stayed the same. “That’s been constant over time,” she says.

As in previous years, for example, the researchers relied on criteria outlined in the fourth edition of the Diagnostic and Statistical Manual of Mental Disorders (DSM).

The latest edition of the diagnostic manual, DSM-5, which debuted last May, folds these categories into a single diagnosis of autism. Newschaffer says that even the next CDC report, which will use data from 2012, will be based on the DSM-IV. Eventually, however, the DSM-5 criteria may affect autism prevalence, possibly excluding some individuals who would be diagnosed with PDD-NOS under DSM-IV guidelines.

In the meantime, the new estimates of prevalence may signal another kind of shift. “There’s greater awareness in the community around autism, more training of clinicians, more early childhood educators — that whole effort has increased awareness,” Boyle says.

Variations in awareness may also underlie the differences in numbers from state to state. One reason for this, experts say, is the wide variability in the resources available for diagnosing and serving children in different communities.

For example, New Jersey, which has the highest reported prevalence, is known for providing extensive services for people with autism, notes Rebecca Landa, director of the Center for Autism and Related Disorders at Kennedy Krieger Institute in Baltimore, who was not involved in the study. “There’s a lot of awareness among professionals in that state,” she says.

In contrast, in largely rural states such as Alabama, “we don’t know how much the media is penetrating into small communities; we don’t know what kinds of hardships families in some of these communities are having,” she says.

What’s more, intellectual disability is more common in black and Hispanic children with autism than in white children with the disorder, suggesting that children in these groups with milder symptoms may be going undiagnosed.

That’s a “troubling” possibility, says Newschaffer. “Children with autism and intellectual disability tend to be diagnosed at earlier ages, so this suggests that the gap in diagnosis across ethnic groups may be even wider.”

On Thursday, the CDC also rolled out a new initiative intended to help families identify early milestones made or missed and to get early support and intervention for children showing delays.

Early identification of autism is critical, says Boyle. “The earlier a child with autism is diagnosed and connected to services, the better,” she says. “Our message to parents is, if you have a concern about how your child learns, plays, speaks, acts or moves, take action. Don’t wait.”