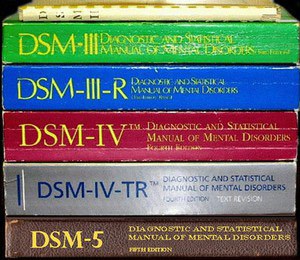 Doubtful diagnosis: Some researchers question how the proposed diagnostic criteria for autism will affect those who have profound social communication deficits but few repetitive behaviors.

Earlier this year, Susan Swedo, chief of the Pediatrics & Developmental Neuroscience Branch at the National Institute of Mental Health in Bethesda, Maryland, found herself at the center of an unexpected maelstrom.

The New York Times had published a damning report of the proposed criteria for diagnosing autism in the upcoming fifth edition of the Diagnostic and Statistical Manual of Mental Disorders (DSM-5). The article quoted a preliminary study predicting it would exclude many from an autism diagnosis and make it difficult for them to access services. Some states, for example, are required to provide services for people diagnosed with autistic disorder but not other disorders in the same class.

“The thing that hurt like hell is that newspapers were accusing us of trying to hurt kids by denying them services,” Swedo said Friday at the International Meeting for Autism Research in Toronto. “We never expected to make headlines with the DSM-5. It’s actually kind of boring.”

As chair of the Neurodevelopmental Disorders Work Group — which was charged with rewriting the DSM’s autism diagnostic criteria — Swedo came under fire from parents, advocacy groups and even a misguided state legislator in New York, who proposed banning the DSM-5 from the entire state.

Preliminary data from the field trials of the DSM-5, which Swedo presented at the conference, suggest these concerns are unfounded.

“We were accused of trying to fudge numbers to make the epidemic go away, but that was never our intent,” she said, addressing a packed conference hall.“We wanted to improve the criteria.”

The controversy was triggered by a handful of studies suggesting that the new criteria are too strict and will leave out a number of people currently diagnosed with autism or a related disorder, most notably Asperger syndrome and pervasive developmental disorder-not otherwise specified (PDD-NOS)1,2.

Two new studies also presented at the conference indicate that the DSM-5 might miss people with PDD-NOS, but is unlikely to affect diagnoses of Asperger syndrome.

Expected to be released in May 2013, the DSM-5 reduces the traditional triad of autism symptoms — deficits in communication, problems with social reciprocity, and rigid thoughts and behavior — into just two classes: social communication and interaction, and repetitive and restricted behavior.

The most controversial change is that it brings several different diagnoses, including Asperger syndrome and PDD-NOS, under the single heading of autism.

To meet the new criteria, individuals must have deficits in three different types of social communication and exhibit two of four repetitive and restricted behaviors. A full outline of the DSM-5 criteria can be found here.

Most studies of the DSM-5 to date have been retrospective, using data collected using the DSM-IV or other surveys and trying to match that to the DSM-5 criteria.

But Swedo said this is a flawed approach.

“There is no point in using DSM-IV data to assess the DSM-5,” she said. “Our criteria are different, so you’re not going to find the information you need.”

Swedo also pointed out that the DSM-IV is not the gold standard for diagnosing autism. “If it were, we wouldn’t have been asked to fix it,” she said.

For example, the DSM-IV is notoriously bad at detecting autism at different ages and in different groups, including females, blacks and Hispanics, she noted. If the DSM-5 can accurately detect autism in those groups, “it might actually increase the numbers.”

Field trials of the new criteria, which use newly collected data to assess each child using both the DSM-IV and the DSM-5, are ongoing. Early results suggest that fears that many children will be left out are unfounded. According to studies of almost 300 children at two sites, the DSM-5 missed a handful of cases that were picked up by the DSM-IV, but the reverse was also true, said Swedo.

Preliminary results from the two other studies also presented at the conference are somewhat different.

William Mandy, who led one of the two studies, had previously expressed concern that the DSM-5 might miss people with Asperger syndrome. He says his new analysis allays that fear.

“We didn’t find evidence that when you carefully implement the DSM-5, it will discriminate against people with Asperger syndrome,” said Mandy, a physician and lecturer in clinical health psychology at University College London.“But we do find that some people with PDD-NOS will move out of [autism] and into social communication disorder,” a new category in the DSM-5.

Using rich clinical information to deduce whether an individual meets the DSM-5 criteria, his team found marked differences in scores between those with autism and those with PDD-NOS, specifically on the repetitive and restricted behaviors.

“In our experience, people with a PDD-NOS diagnosis often miss out on a full diagnosis due to a lack of restrictive and repetitive behaviors,” said Mandy. “But I think a lot of them have profound communication difficulties on level with autism.”

The precise definition of social communication disorder is not yet clear, nor is it clear how those who mediate access to services, including insurance companies, state governments and schools, will regard that diagnosis.

The second study also found that the DSM-5 does not detect some children, primarily those with PDD-NOS. Kristen D’Eramo, director of clinical services at the Center for Children with Special Needs in Glastonbury, Connecticut, and collaborators analyzed data collected from 117 children referred to the clinic because of suspected autism. Clinicians assessed the children using a number of tools and then filled out two questionnaires, one with DSM-IV criteria and the other with DSM-5 criteria.

Of the 107 children ultimately diagnosed with an autism spectrum disorder, about 16 percent (17 children) do not meet the DSM-5 criteria. All meet the DSM-IV criteria. Of the 17, 16 qualify for a PDD-NOS diagnosis under the DSM-IV, and 1 for Asperger syndrome.

D’Eramo told SFARI.org she is surprised by the field trials’ findings that the DSM-IV misses some children who meet the DSM-5 criteria. “We did not have any of those cases, so it’s hard to imagine that kind of profile,” she says.

During her talk at the conference, Swedo pointed out that children don’t necessarily have to meet each DSM-5 criterion at the time of diagnosis, but rather at any point in their lifetime.

For example, a child who had serious repetitive behaviors earlier in development but has since outgrown them would still meet that particular requirement. She said this will be written explicitly into the DSM-5 criteria.

D’Eramo says the guidelines must also clarify exactly how to apply this in clinical practice. The DSM-5 criteria listed online suggest that historical data must be supported by both parent and clinician reports, which can be hard to find. “We need to understand how to apply these codes,” she says.

Fred Volkmar, professor of psychiatry and psychology at Yale University, whose study sparked the New York Times report, says he is concerned about how the DSM-5 criteria will fare outside research studies.

“The findings applied in a real-world setting may be different than with a well-done diagnostic interview,” he says. For example, researchers often use tools such as the Autism Diagnostic Observation Schedule and the Autism Diagnostic Interview-Revised to assess children. But not all clinicians use these tools, and no specific tools are required by the DSM-5.

One thing all of these experts agree on is that more research is needed to clarify the true impact of the DSM-5.

The research and advocacy organization Autism Speaks, along with the Centers for Disease Control and Prevention, is funding research on how the DSM-5 affects prevalence, according to Geraldine Dawson, chief scientific officer of the organization.

At the end of her talk, Swedo pointed out that the guidelines are still open to comment. “We would be happy to get another 6,000 emails.”