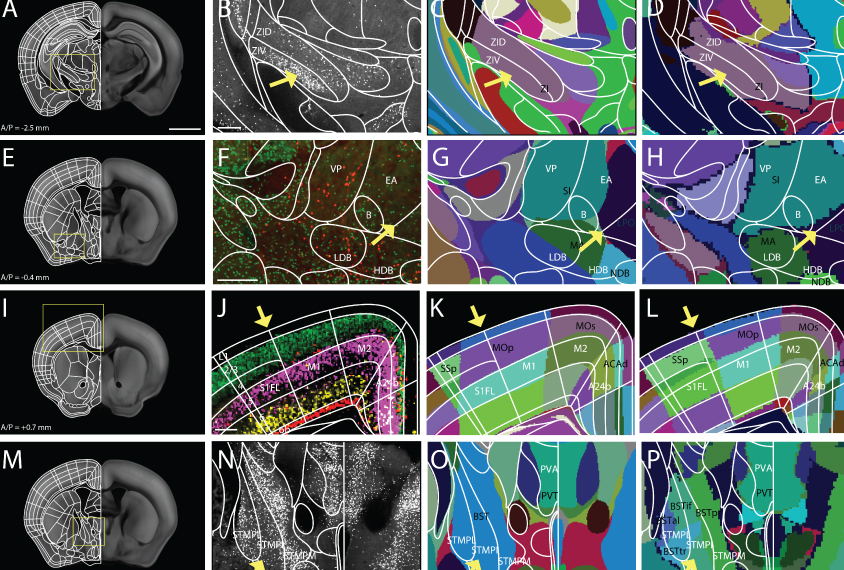 The most popular mouse brain atlas has relied on imaging data from more than 1,000 adult mouse brains. Researchers at the Allen Institute for Brain Science in Seattle, Washington, released the resource in 2017. An older atlas, published in 1997, remains popular because it delineates many more subdivisions within brain areas, but it was never digitized. Yet the boundaries among regions vary substantially between the two resources.

The discrepancies in the motor and sensory regions of the cerebral cortex have been especially vexing, says URee Chon, a research technician in Yongsoo Kim’s lab at Pennsylvania State University. “Scientists studying these regions all over the world can’t compare their findings,” Chon says.

To solve that problem, researchers imported the boundaries from the older atlas into the Allen Institute atlas. They then validated the delineations and added new ones by creating images of mouse brains labeled with any of 14 proteins, growth factors or other markers that distinguish brain areas.

They also used existing data on neuronal connections between the cerebral cortex and the striatum to subdivide the striatum. Neither of the two original atlases show subdivisions of the striatum, even though its parts have distinct functions.

Finally, the researchers mapped out the differences between the two older atlases and the new combined version.

Details about the resource are set to be published in Nature Communications and are also available on the preprint server bioRxiv. The atlas itself is also freely available online.