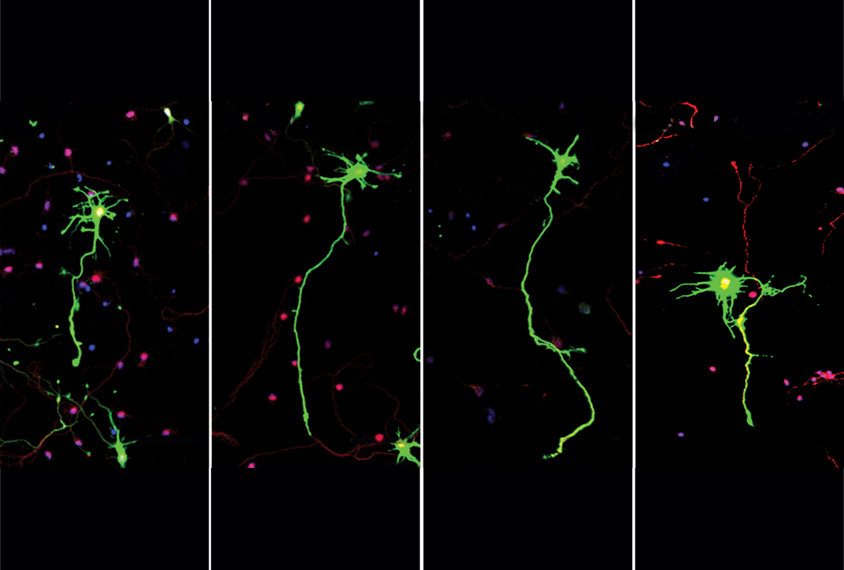 Mutations in the gene CSDE1 lead to a constellation of developmental delays and conditions, including autism, according to a new study.

CSDE1 encodes a protein that binds to and regulates messenger RNA, the intermediary between DNA and protein. Little is known about the gene’s exact function, but previous studies suggest it is needed for neurons to get to their final location and identity during brain development.

Researchers first identified CSDE1 as a risk gene for autism in a 2014 study1. In the new work, the same team described 16 children and one adult who carry either inherited or spontaneous mutations in the gene.

These people all have a new syndrome characterized by intellectual disability, speech and motor delays and, often, autism — 10 of the 17 participants have autism. Many have poor muscle tone, enlarged heads, and eye or hand abnormalities, including extra, unusually curved or short fingers. Among those evaluated for other conditions, 69 percent have attention deficit hyperactivity disorder, 54 percent have anxiety, and 44 percent have recurrent seizures or epilepsy. The findings were published in September in Science Advances2.

The researchers screened nearly 15,000 people with autism, intellectual disability or a developmental condition to find these with mutations in CSDE1.

“That’s quite a large number that you have to screen through to get to those 17 patients. But that’s not uncommon, actually,” says Evan Eichler, co-lead researcher and professor of genome sciences at the University of Washington in Seattle. In fact, less than 1 percent of all autism cases arise from mutations in a single gene3.

Though rare, these CSDE1 mutations can be added to genetic screening panels for autism, experts say.

“Here’s another gene in the list,” says Michael Ronemus, research assistant professor at Cold Spring Harbor Laboratory in New York, who was not involved in the study. “The paper solidly links that gene to autism.”

The researchers also investigated the role CSDE1 plays in how neurons develop and communicate with each other. They used mouse neurons that express low levels of the protein, and they found that these cells have several unusual features, including long axons and weak connections and communication among them.

The researchers say they were surprised to discover that CSDE1 protein binds messenger RNA from 36 other genes associated with autism. Also, these targets overlap with those of other RNA-binding proteins linked to autism, including FMRP, the protein involved in fragile X syndrome.

Regardless, because of the overlap in targets, behavioral and therapeutic treatments for fragile X syndrome may also benefit people with CSDE1 mutations, the researchers say.