New evidence hints at mechanisms for ‘fever effect’ in autism 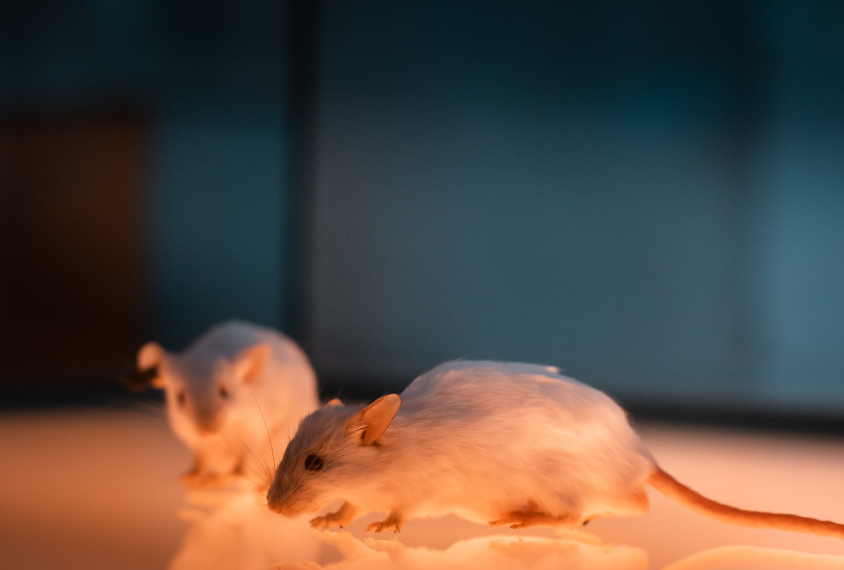 Fever dream: Elevated body temperature appears to ease autism-like traits or seizures in mice with an IQSEC2 or SCN2A mutation.

Raising body temperature seems to alleviate seizures and other traits associated with two autism-linked genetic mutations in mice, according to unpublished research presented Sunday and Monday at Neuroscience 2022 in San Diego, California.

The findings hint at a mechanism that could account for anecdotal reports that some autistic children have temporary improvements in sociability and other behaviors during or after a fever. Although about 17 percent of autistic children showed this ‘fever effect’ in a 2017 study based on parent reports, far fewer did when the same team of researchers followed autistic children prospectively.

Extending the new animal findings to people requires caution, says Catherine Lord, professor of psychiatry and education at the University of California, Los Angeles, who led the prospective study.

“In our sample, we didn’t get any reports of changes in seizures in the kids we followed, but we didn’t have many of them, and the fevers were usually of short duration,” Lord says. “So I wouldn’t get too excited about these findings, but we certainly didn’t refute them. In our sample, the autistic kids were more affected by fever than the typical kids, but in only three kids did their behavior actually get better.”

Previous research in mice suggested the effect might stem from immune molecules, such as IL-17A, that act on the brain. But the new studies pour cold water on that idea: Raising the body temperature of mice or people with mutations in the SCN2A or IQSEC2 genes — associated with seizures, autism and intellectual disability — lessened the severity of some traits without inducing an immune response, suggesting that temperature itself may be responsible.

“I suspect that what these studies are really telling us is that there are really specific reasons that some kids get these effects,” says Andrew Zimmerman, clinical professor of pediatrics and neurology at UMass Chan Medical School in Worcester, Massachusetts, who was not involved in either study. If research could pinpoint which children might be affected, “starting out with a specific mutation and a clinical sign, and going from there,” he says, “I think we’re going to get a lot further faster.”

In one new study, researchers trained mice missing a copy of SCN2A to find an escape hole in a maze. Unlike wildtype animals, these mice struggle to remember the escape route upon retest, suggesting that they have learning and cognition problems.

The SCN2A mice escaped more readily when the researchers used a heat lamp to raise the animals’ body temperature and treated them with lipopolysaccharide to activate their immune system. And they escaped even faster when they were treated with just the heat lamp, raising their body temperature without activating their immune system — the latter may have made the first set of mice lethargic.

“It’s showing a cognitive improvement,” says study investigator Yiming Shen, a postdoctoral fellow in the lab of Michelle Antoine, section chief on neural circuits at the National Institute on Alcohol Abuse and Alcoholism in Bethesda, Maryland. “So the question is, what’s the mechanism?”

To investigate that question, they recorded electrical activity in heated SCN2A brain slices and found that the heat quelled abnormal spiking in pyramidal neurons. The spikes returned after the tissue cooled, however, suggesting that the reduction was not the result of heat damage, Shen says.

Dampening the overactivity of pyramidal neurons in SCN2A mice via chemogenetics led to improvements in their learning, suggesting that treating those neurons specifically yields the same benefits as heat, Antoine says. But that may not be a fruitful approach.

“You can use different agents to mimic this, but these drugs can produce a ton of side effects,” she says. “So we don’t necessarily benefit from coming up with a candidate.”

Anecdotal parent reports of the fever effect in children with IQSEC2 mutations inspired the other study, led by investigator Andrew Levy, professor of medicine at the Technion – Israel Institute of Technology in Haifa.

“They would stop having seizures; they would become more interactive with their caregivers,” Levy says, describing the reports.

In a 2021 case study, Levy’s team reported that a child with an IQSEC2 variant who had seizures 25 to 35 percent of days per month over a four-month period went down to one seizure a month after sitting in a Jacuzzi heated to 40 degrees Celsius (104 degrees Fahrenheit) — the maximum hot tub temperature recommended as safe by the U.S. Centers for Disease Control and Prevention — for 15 minutes twice a day.

“It’s not a cure, but we reduced the seizure burden dramatically,” Levy says.

He and his team have not collected consistent data on children subsequently treated with this protocol. The child was closely monitored during the treatment, and Levy cautions that parents should not try it on their own.

The experimental therapy builds on a 2021 study of mice with an IQSEC2 mutation by Levy and his colleagues. About half of these mice typically die from seizures between 15 and 20 days of age. By contrast, when the researchers periodically placed the animals in a warm incubator, only 1 out of the 41 treated mice died during the same period.

Heat restores the normal activity of postsynaptic currents and excitatory receptors in neurons from the IQSEC2 mice, unpublished data from Levy’s team shows. The heat treatment in these animals also reduces the hyperactivity of the Arf6-GTP protein, which regulates proteins involved in cell structure and communication. Existing medications such as the antibiotics doxycycline and tetracycline can also treat Arg6-GTP hyperactivity and may be more feasible for most families than daily Jacuzzi treatments, Levy says.