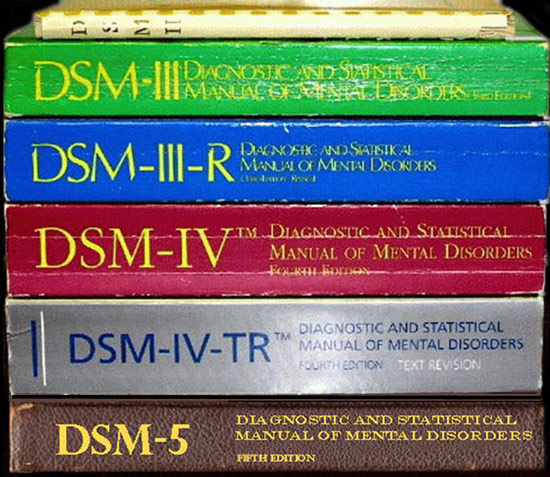 The new edition of the Diagnostic and Statistical Manual of Mental Disorders (DSM), dubbed DSM-5, won’t be published for another two years, but changes proposed to the diagnostic criteria for autism are already sparking heated debate.

Another is the collapsing of the familiar triad of impairments — impaired social interaction, compromised social communication and restricted or repetitive behavior — into a dyad. The new criteria combine deficits in social communication and interaction into a single category, with restricted and repetitive patterns of behavior, interests or activities as the other. The draft guidelines also note that symptoms must appear in early childhood and affect everyday functioning.

All the proposed changes are based on evolving science and will enhance research and treatment of these disorders, says Darrel Regier, vice-chair of the DSM-5 task force at the American Psychiatric Association.

The neurodevelopmental working group “wholeheartedly” embraced the spectrum approach, he says, because there is no scientifically valid rationale for maintaining separate diagnostic categories for the disorders. “There were scientifically very strong reasons for this working group to move forward.”

Though autism entered the scientific literature in 1944, it wasn’t until the third edition of the DSM, published in 1980, that it became a separate diagnostic category. DSM-IV, released in 1994 and revised in 2000, laid out six domains that define autistic disorder within the triad of impairments identified by Lorna Wing and Judith Gould, pioneering British autism researchers, in 19791.

The DSM-IV also for the first time included Asperger syndrome, listing it separately from autism and distinguishing it by the lack of a clinically significant delay in language acquisition and cognitive development. PDD-NOS, also making its first appearance in that edition, differs from autism by a late onset of symptoms, and atypical or sub-threshold symptoms.

One of the criticisms frequently leveled at the DSM-IV is that the expanded diagnostic criteria have led to much higher estimates of the disorder’s prevalence. However, neither Asperger syndrome nor PDD-NOS are included in the prevalence estimates of autism — for example, the Centers for Disease Control and Prevention‘s frequently cited number of 1 in 110 children.

Many of the assessment tools used to diagnose autism and distinguish it from Asperger syndrome and PDD-NOS — for example, the Autism Diagnostic Interview-Revised (ADI-R) — are based on DSM-IV domains.

“Changes in the DSM will affect the ADI-R,” says Catherine Lord director of the Autism & Communication Disorders Center at the University of Michigan. Lord helped develop both the ADI-R and the Autism Diagnostic Observation Schedule, the gold-standard assessment instruments for autism, and is also a member of the DSM revision committee.

Lord points out that the proposed revisions are not meant to change which individuals receive diagnoses. “[The goal] is to make better criteria to describe the same group of children and adults who currently get diagnoses of autism spectrum disorders.”

However, a January article in Autism Research reports that one-quarter of the 256 children in their study who meet DSM-IV diagnostic criteria for PDD-NOS will not meet DSM-5 criteria for autism spectrum disorder2. These children have difficulties with reciprocal social interaction and communication, but not repetitive or stereotyped behavior.

The fusing of diverse phenotypes into one diagnostic category also disturbs some researchers, who note that greater differentiation in science and medicine usually leads to a deeper understanding.

“There is a need for more research, both psychological and biological, to test for subgroups on the autistic spectrum,” says Simon Baron-Cohen, professor of developmental psychopathology at the University of Cambridge in the U.K.

“One would expect that differences such as age of onset of language would correspond to neural and even genetic markers,” he says. “We need to know if the same is true for autism with or without learning difficulties, or [for] other meaningful subgroups.”

Wing and Gould lay out more concerns in the January issue of Research in Developmental Disabilities3. For example, because infants seldom manifest repetitive behaviors and their verbal abilities are limited, the new criteria may prevent early identification and treatment of autism spectrum disorders, notes their co-investigator Christopher Gillberg, professor of child and adolescent psychiatry at the University of Gothenberg in Sweden.

Members of the committee dispute that assessment, however.

“Repetitive behaviors and unusual patterns are present as early as the social communicative symptoms in multiple studies of infant siblings and home video studies,” says Sally Rogers, professor of psychiatry at the University of California, Davis, and a member of the DSM revision committee.

Rogers says the most recent revision of the proposed criteria, posted online 27 January, addresses many of the other concerns detailed in the paper.

Of the nine points they raised, the revision addresses only two, Gillberg counters, and even then, only partly so. “I am sure that the DSM-5 committee has the best of intentions and that it is extremely difficult to strike a balance that will harmonize with science as well as with clinical realities,” he says. “Nonetheless, I think our critique deserves more attention than a suggestion that the new online version has already addressed the bulk of it.”

In the long term, these sorts of disputes over which behavioral symptoms qualify an individual for an autism diagnosis will become moot, as genetic biomarkers are used to assign a specific diagnosis, says Wendy Chung, assistant professor of pediatrics at Columbia University. “That may be two or three versions [of the DSM] down the road,” she says, “but the new criteria are definitely a move in the right direction.”

In the meantime, Chung says, the goal should be to ensure that those who need help get it. “From a practical point of view, kids need some sort of label to get the services they need. Whether we call it autism or PDD-NOS or Asperger’s doesn’t really matter.”