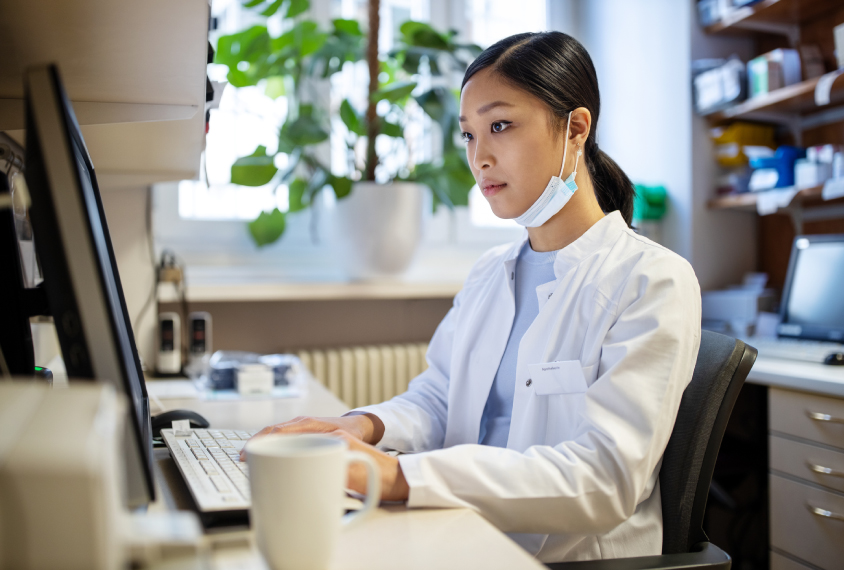 Records reveal: The new designation could help scientists determine the prevalence of autism among people with mutations in the PTEN gene.

The U.S. version of the international diagnostic manual for health conditions now includes a code for an autism-linked syndrome caused by mutations in the PTEN gene.

The new code in the ICD-10-CM — the International Classification of Diseases, Tenth Revision, Clinical Modification — went into effect 1 October. It may help scientists identify people with the syndrome, called PTEN hamartoma tumor syndrome (PHTS), and recruit them into clinical trials.

“Having this code helps raise awareness, helps [us] understand what the true prevalence is, and is likely to generate more interest in research, which of course can only benefit patients in the long term,” says Tom Pepper, chief executive and director of clinical development at PTEN Research, a U.K.-based nonprofit organization. Pepper co-led the campaign for the new code with experts from Cambridge University in the United Kingdom and the Cleveland Clinic’s Genomic Medicine Institute in Ohio.

About 1 in every 200,000 people has the syndrome, although that figure is likely an underestimate because many clinicians are not aware of PHTS and fail to recognize its variable symptoms, which overlap with those of more common conditions, says campaign co-leader Charis Eng, chair of the Genomic Medicine Institute.

People with PHTS can have an enlarged head (macrocephaly), developmental delay, autism, gastrointestinal polyposis, vascular anomalies, benign tumors called hamartomas and an increased risk of cancers of the breast, uterus, thyroid gland and other organs. Historically, they have been diagnosed with a range of syndromes, including Cowden, Proteus, Proteus-like and Bannayan-Riley-Ruvalcaba, which are lumped together with dozens of other unrelated conditions under ICD-10-CM diagnostic code Q85.8.

In September 2021, Eng presented the proposal for a unique PHTS code virtually to the National Center for Health Statistics, which oversees the U.S. version of the ICD. The new code, Q85.81, applies only to people who carry a germline mutation that likely destroys the function of one copy of the PTEN gene, regardless of their symptoms.

The move is part of a growing trend, made possible by advances in genetic testing, to diagnose people based on their underlying genetics rather than solely by their clinical signs, says Merlin Butler, professor emeritus of psychiatry, behavioral sciences and pediatrics at the University of Kansas Medical Center, Kansas City, who was not involved in the PHTS campaign. “We’re going to start seeing this more and more.”

The change is consistent with ones already made for tuberous sclerosis and neurofibromatosis type 1 — autism-linked conditions that were once lumped together under the same general code as PHTS but now have their own genetics-based diagnostic subcodes, Eng says.

The new code has a variety of implications for research and clinical care, she says. For one, it supports patient access to and coverage of cancer surveillance. (Doctors use the codes to bill insurance companies for tests and treatments.)

It may also help researchers find participants for clinical trials of drugs for PHTS, an area of increasing interest, Eng says.

“I can’t tell you how hard it’s been to recruit for a study that I’m doing right now,” says Thomas Frazier, professor of psychology at John Carroll University in University Heights, Ohio, who studies PHTS but was not directly involved in the campaign for a dedicated diagnostic code. “It’s hard to find enough people.”

But with the new code, he and other researchers could quickly and easily search electronic medical records for people with the diagnosis and invite them to participate in their studies, he says.

Pepper says he and his colleagues have submitted a proposal to the World Health Organization to add a PHTS diagnostic code to ICD-11, the latest version of the manual used outside of the U.S. “We want to make sure the codes are harmonized as much as possible, because that facilitates the epidemiological research at a global level,” he says.