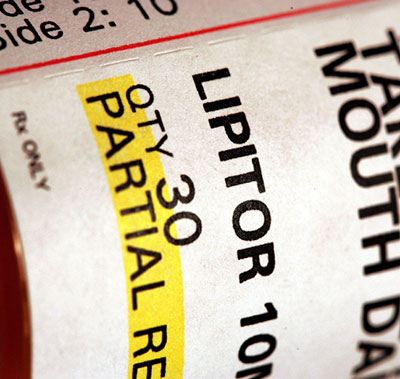 Mutations in a gene that plays a role in producing cholesterol in the body increase the risk for autism, pointing the way toward therapies for some people with the disorder. The research was presented in a poster Tuesday at the Autism Consortium’s 2013 Research Symposium.

Mutations in the gene, DHCR24, are known to result in a severe metabolic disease linked to cholesterol. The gene’s newly discovered role in autism suggests that statins, drugs that lower cholesterol levels, may treat symptoms of autism.

“If you can find these kids who are swimming around in an otherwise generic autism pool and figure out a way to treat them appropriately, then you actually have the possibility of therapy.”

The researchers screened 2,000 families that have at least one child with autism to identify rare recessive gene variants for the disorder. In one family, they found that a girl diagnosed with pervasive developmental disorder-not otherwise specified and two boys diagnosed with intellectual disability and autism had all inherited two copies of the mutation, one from each parent.

“The gene is involved with the cholesterol synthesis pathway, so it started us thinking about the pathway’s role in autism and intellectual disability,” says Elaine Lim, a graduate student in Mark Daly’s lab at Harvard who presented the research.

Mutations along the pathway cause a breakdown in the cascade of enzymatic events that create cholesterol. As a result, there is a build up of toxic intermediates, says Yu.

Several genes along the pathway have been been fingered in a litany of diseases with severe effects. For example, having two faulty copies of DHCR24 causes Smith-Lemli-Opitz syndrome, which is characterized by intellectual disability, a small head, unusual facial features and malformed organs, fingers and toes.

One study found that as many as half of the children with Smith-Lemli-Opitz syndrome meet the criteria for autism.

“We are super excited, because the cholesterol synthesis pathway is very treatable through diet and statins,” says Lim. Statins can slow cholesterol production to cap the toxin build-up. Cholesterol supplements can provide the missing nutrient and shut down the body’s drive to make cholesterol, also reducing levels of the toxin.

Lim is modeling the human mutation in yeast to tease apart all of its biochemical consequences.