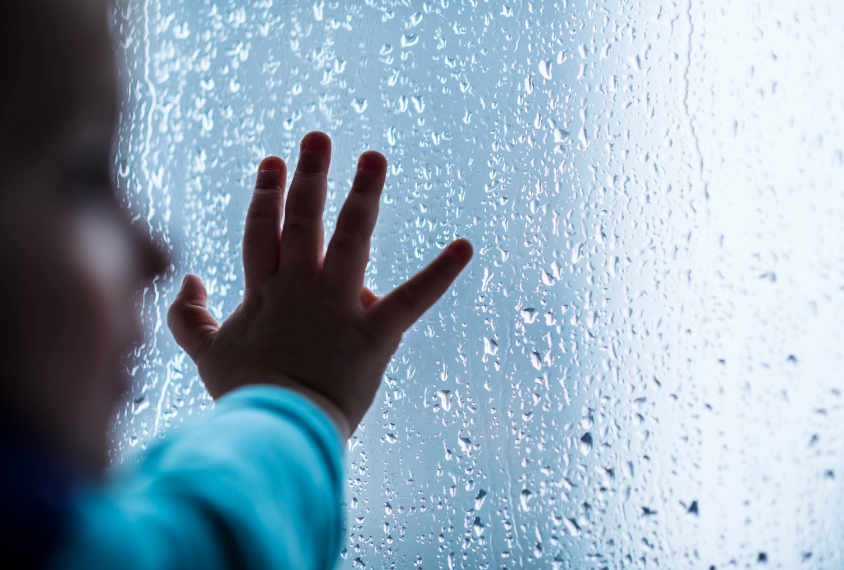 Sensory quirks: Autistic people with mutations in PTEN show diminished sensitivity to sensations such as wetness.

PTEN is known for its ties to cancer but is also strongly linked to autism. In one study, researchers found that 7 of 99 autistic people carry a mutation in the gene and also have macrocephaly — an unusually large head2. Imaging studies have linked these mutations to structural differences in the brain, including an overgrowth of nerve fibers.

The new work compares autistic people who have PTEN mutations and macrocephaly with people who have macrocephaly and autism stemming from a different cause. The comparison may help reveal how structural changes in the brain are linked to behavioral traits in autism, says lead investigator Charis Eng, chair of the Genomic Medicine Institute at the Cleveland Clinic in Ohio.

The work is the first to define a profile of traits specific to people with autism who have a PTEN mutation.

“[This group has] unique challenges that may not be recognized compared to the general population of autistic people,” says Damon Page, associate professor of neuroscience at the Scripps Research Institute in Jupiter, Florida, who was not involved in the work.

Many teams attempt to understand autism by looking for common traits in groups of people with the condition. “That approach leads to a lot of variability and noise in the results,” Page says.

The ‘genetics-first’ approach of the new study parses traits differently, he says, by starting with a group of people who have a known mutation and then looking for traits that accompany it.

The approach could also help scientists identify subsets of people who may benefit from tailored therapies, such as drugs that combat the effects of specific mutations.

Among the people with PTEN mutations, those with autism have weaker cognitive abilities than those without the condition. For instance, they struggle with elements of short-term reasoning, decision-making and the ability to complete practical tasks.

They also score lower than those with autism and macrocephaly on tests of nonverbal intelligence, reaction time and motor coordination. And they have more behavioral and sensory issues — including muted sensitivity to stimuli such as wetness or touch — than those with autism and macrocephaly do, according to their parents and caregivers. The results were published in October in Translational Psychiatry.

“We were especially surprised by the sensory traits,” Eng says. Animal studies have linked PTEN mutations to an excess of nerve fibers in the brain, she says, whereas sensory problems are typically associated with a decrease in the responsivity of nerve fibers.

Researchers could use data like these to better understand genetic subtypes of autism, a necessary step for the field, says Joshua Corbin, professor of pediatrics at Children’s National in Washington, D.C., who was not involved in the work. “If other studies replicate and confirm that individuals with PTEN-autism have these unique traits, we can start using this as a potential biomarker to predict their trajectory,” he says.

“It’s exciting to begin to understand how this single gene is involved in these two very separate [conditions],” Eng says. Her team plans to expand the study to include more participants and track their traits over time. They also plan to evaluate whether autistic people with a PTEN mutation have an altered risk of cancer.