Mutations in autism gene may be treatable beyond infancy 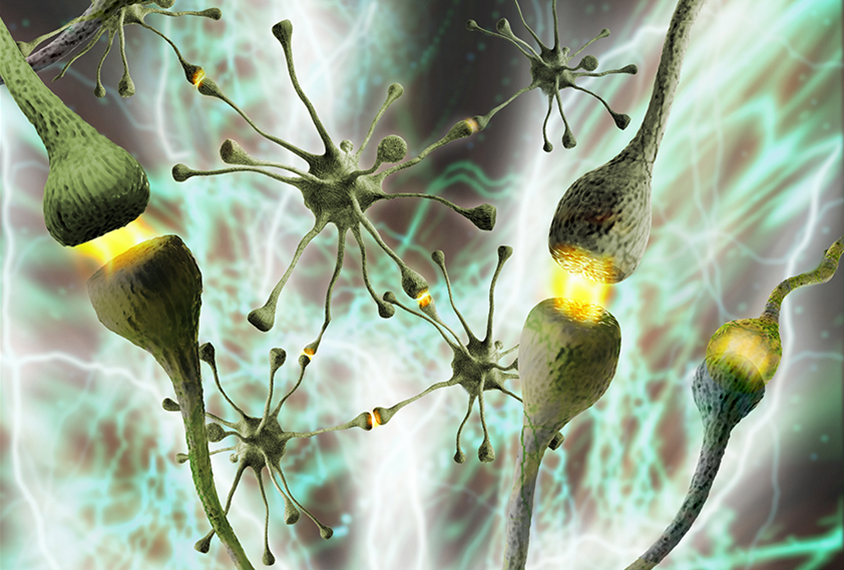 Unexpected role: SCN2A, which encodes an ion channel linked to autism, may be involved at neuronal connections.

SCN2A’s primary role in neurons was thought to end at age 1, so the findings offer hope for treating mutations in the gene well beyond that age.

“We still don’t know what that critical window is for intervention, but at least that opens up the door that it’s not so early that it would potentially be before a kid even got diagnosed [with autism],” says lead researcher Kevin Bender, assistant professor of neurology at the University of California, San Francisco.

SCN2A encodes a sodium channel that operates in axons, the long projections of neurons. When a neuron is activated, it opens and closes ion channels to transmit electrical signals and connect with other neurons. Around when children reach 1 year of age, a different sodium channel replaces SCN2A in the axon.

As a result, researchers suspected that SCN2A mutations would only affect the brain in the first year of life, permanently altering its development.

Mutations that disrupt SCN2A’s activity lead to autism; those that enhance it lead to infantile seizures.

Mice with a harmful mutation in one copy of SCN2A show diminished brain signaling early in life. By 1 week after birth — the equivalent of 1 year in people — this problem disappears. However, the mutant mice continue to have sluggish brain signals and immature synapses, the junctions between neurons.

The new results show that after the first year of life, SCN2A may play another role at the signal-receiving ends of synapses, and that it remains in this location through adulthood. This synaptic role also suggests that SCN2A is not an ‘orphan gene’ — one of the few top autism genes that are involved neither at synapses nor in gene regulation.

Bender and his team looked at brain slices from the mutant mice. They found that at up to 7 days of age, it takes more electrical stimulation to induce neurons to fire in the mutants than in controls. This is consistent with the mutants having fewer active sodium channels. And, as expected, this deficit disappears after the first week of life.

The mutant mice have small and immature synapses at dendrites, the team found. They also have a persistent deficit in reverse signals to dendrites — which are important for learning. These data suggest that SCN2A is present at dendrites and is needed for strengthening synapses, Bender says.

The researchers then made mice in which they induced the SCN2A mutation at 1 week of age. These mice, too, have immature synapses and diminished reverse signaling. The findings confirm that the problems stem from SCN2A’s persistent role and not its early effect on brain signaling, the researchers say.