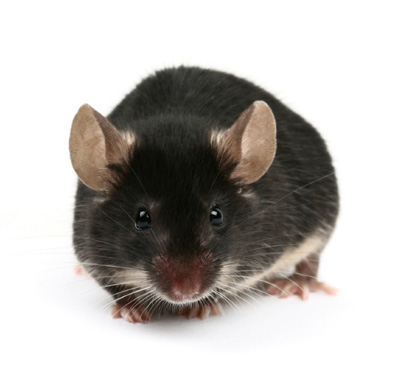 ©iStock.com/Antagain Father figure: People and mice with older dads have an increased risk of autism-like symptoms.

Mice born to older males with mutations in PAX6 — a gene involved in brain development — vocalize less than those with younger dads. The unpublished findings, presented today at the 2014 Society for Neuroscience annual meeting in Washington, D.C., suggest how genes and paternal age can work together to trigger symptoms.

The study could help explain why men over 40 are more likely to have a child with autism than those under 30. Older fathers are known to pass on more spontaneous harmful mutations to their children than are younger dads. But the effects of paternal age on common genetic variants seen in autism are unclear.

In the new study, researchers looked at mouse pups with fathers aged 3 months, 6 to 8 months or 12 months. Compared with pups born to the younger mice, those with 12-month-old fathers — the mouse equivalent of middle age — vocalize less when separated from their mothers.

The researchers then looked at mice with a mutation in PAX6 — a gene expressed during brain development that controls the expression of other genes. A 2009 study identified 15 PAX6 variants in 285 people with autism and none in 2,120 controls.

The researchers say they can use this approach to explore the combined effects of paternal age and mutations in PAX6 — or other genes.

“This type of model allows us to study multiple factors that are simultaneously contributing [to autism risk], not just a single gene,” says Noriko Osumi, professor of developmental neuroscience at Tohoku University School of Medicine in Sendei, Japan, who presented the work.

The paternal age of the mice’s grandfathers has no effect on their cries. In other words, mice born to young fathers who had older fathers themselves are normal, whether or not they carry PAX6 mutations. This suggests that paternal age does not cause symptoms through an inherited mutation. Instead, it points to epigenetic effects, which affect gene expression without altering the DNA sequence.

In another experiment, the researchers showed that PAX6 is expressed in male spermatocytes, which mature into sperm. Spermatocytes from 12-month-old males show more methyl tags on histones, the proteins around which DNA winds, than do cells from younger mice. This pattern shows up earlier, at 6 months of age, in mice with PAX6 mutations.

Interestingly, the more histone methyl tags the spermatocytes have, the fewer cries their pups make.

Taken together, the findings suggest that sperm from older males are more susceptible to epigenetic changes associated with vocalization defects. Genetic variants seen in people with autism may enhance this susceptibility.