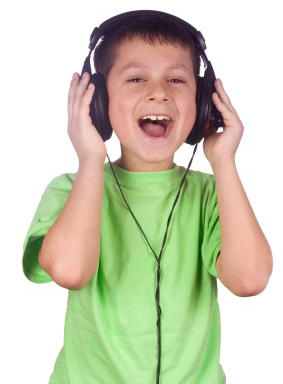 Music to the ears: Imaging studies may explain why children with autism respond to emotions conveyed through music better than to other forms of communication.

Children with autism struggle to understand social and emotional cues from other peopleʼs actions or words: that is one of autismʼs cardinal features, in fact.

These same children respond to music, however, understanding emotions conveyed through non-verbal musical cues. And music therapy has been shown to improve symptoms of autism such as verbal communication, agitation and social interaction deficits1.

Some children with autism also have exceptional musical abilities, such as pitch sensitivity2.

It can be difficult to tease apart which parts of the brain process emotion conveyed by music, and the biology underlying this apparent anomaly in children with autism has been a mystery.

Scientists are turning to brain imaging to understand why these children understand music better than they do other forms of social communication.

“If they can do it for music, why canʼt they do it for faces? For voices?” asks Istvan Molnar-Szakacs, a research neuroscientist at the University of California, Los Angeles (UCLA) Tennenbaum Center for the Biology of Creativity.

“I feel like what the autistic children are really getting out of music is a salient emotional charge that is temporally organized and structured, so it comes in a form that is relevant for them,” he says.

In an upcoming study funded by a $40,000 grant from the GRAMMY Foundation, Molnar-Szakacs is planning functional magnetic resonance imaging (fMRI) studies on 15 high-functioning children with autism between the ages of 9 and 13, and 15 age- and sex-matched typically developing controls. 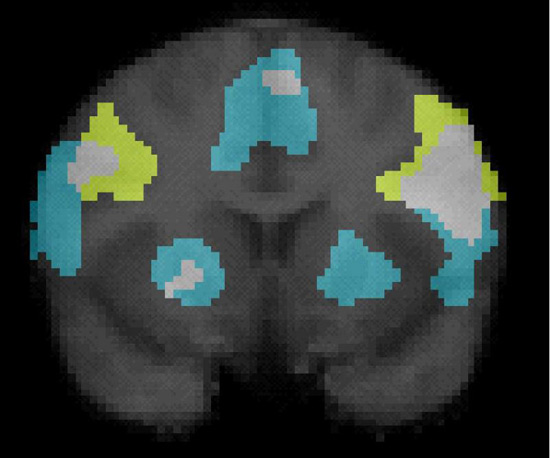 A coronal view of the brain using fMRI, illustrating activity within the mirror neuron system, thought to be essential for emotional response to music.


Musical colors: A coronal view of the brain using fMRI, illustrating activity within the mirror neuron system, thought to be essential for emotional response to music.

The researchers will ask each child to identify emotions from pictures of faces or from 12- to 20-second emotional musical excerpts ― long enough to convey emotion, but not so long that children will move in the scanner.

Though there is a six-second delay between the brain response and the time the signal is measured, the fMRI effectively provides real-time information about areas of the brain responding to music.

The children will also be asked to provide feedback based on what theyʼve heard or seen ― for instance, pushing a button to indicate whether the face or the piece of music is happy or sad.

The researchers are still deciding on musical excerpts, Molnar-Szakacs says, but the pieces are likely to be compositions without lyrics that could confound the results.

The project is expected to begin this fall after pilot behavioral experiments tease out and optimize the protocol. “At this point weʼre just trying to figure out what the best set of stimuli are that children resonate with the most,” he says.

Molnar-Szakacs and his colleagues are particularly interested in exploring links between music and two brain networks: the limbic system and the mirror neuron system.

The limbic system is an interconnected series of brain structures ― including the hippocampus and amygdala ― that process emotions such as happiness and fear. Mirror neurons are cells in the premotor cortex and parietal cortex that fire when people watch or imitate other peopleʼs actions and interpret their intentions.

Although mirror neurons are most often associated with seeing and understanding actions, there is evidence that they may also help decipher meaning and emotion in music3.

Evolutionarily, Molnar-Szakacs says, making music is intimately linked to movement ― from drumming to tapping toes and performing ceremonial dances. Recorded music has turned it into a more passive process.

“Before MP3 players, people had to move their arm or leg or vocal apparatus to generate music,” he says. “But the brain still uses systems that have evolved to process action to understand music.”

The research may help understand whether children with autism respond to the same auditory cues that produce emotion in others, notes Vinod Menon, a researcher in psychiatry and neuroscience at Stanford University. “Certainly one could make very strong predictions” that brain areas would respond differently to music in those with autism, he says.

Because people listen to music for its emotive force, it is also important to explore reward and pleasure systems areas of the brain, he says.

Previous studies on music and children with autism have been done on the behavioral level, so there is little information to help tease apart the specific roles of overlapping brain systems.

If reward centers are involved, for example, “thatʼs something that would come out of the imaging,” Molnar-Szakacs says. “Weʼre just getting started.”