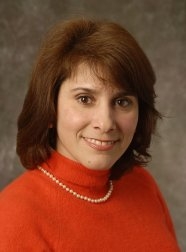 Analysis of the movement patterns of people with autism suggests a new approach to classifying the disorder, as well as opportunities for individualized treatment, according to research presented at the Society for Neuroscience annual meeting in New Orleans.

Motor difficulties are common among people with autism, although they are not considered one of the core features of the disorder.

In a new study, Elizabeth Torres and her colleagues analyzed thousands of movements made by several dozen adults and children with and without autism in the laboratory setting.

For the analysis, the participants wear a glove embedded with motion sensors and, for example, repeatedly point at objects on a computer screen. The sensors capture their intentional movements — the pointing, in this case — as well as the unintentional movements that vary.

The researchers analyzed various aspects of these unintentional movements, such as their overall speed and the rotation of the joints involved, to create a distinctive picture of movement and body awareness — also called proprioception — in each individual. “This is like a fingerprint of proprioception,” says Torres, assistant professor of psychology at Rutgers University in New Jersey.

Like fingerprints, these patterns of movement cluster into different types.

In controls, the patterns can distinguish 3-year-olds from 5-year-olds and college graduates. Unsurprisingly, they become less random as children get older and gradually gain control of their bodies.

In general, people with autism have movements that are noisier and more random than those of controls, the researchers found. There’s less difference between their intentional and unintentional movements.

Torres says this suggests that many people with autism have abnormal body awareness. They can’t feel where their body is in space, so they can’t control it.

The researchers also found distinct patterns in the movements of nonverbal 4- to 8-year-olds and 8- to 16-year-olds with autism, and high-functioning adults with the disorder.

They also found that girls and boys with autism move differently. This supports the theory that autism in girls might be a distinct form of the disorder, Torres says. Further research might reveal movement biomarkers that could help diagnose the disorder or evaluate a treatment.

“It’s not that we want to do away with structured inventories,” such as the diagnostic tools currently used to identify autism, Torres says. “But it really needs to be complemented with something objective.”

“When they’re young, they’re not so far apart [from controls],” Torres says. “It speaks to the need for early intervention.”

Another project in her lab aims to adapt this approach for treatment. The researchers created a program that causes a video to appear on the computer when a person’s hand passes in front of a certain area of the screen. The participants learn how to hold their hands to make the video play, eventually gaining control of their movements and influencing their environment — a rare opportunity for those who lack language.

The project suggests that people with autism may be able to improve their body awareness without any explicit instruction, but simply by experimenting and intuitively adapting their movements to pursue the videos they are interested in.

This analysis could help address repetitive movements in autism, by helping scientists understand their purpose.

It may also help nonverbal people with autism develop gestures. “Instead of making them learn our language, we’re going to let them develop their own,” says Polina Yanovich, a graduate student in the Torres lab who presented this part of the work.