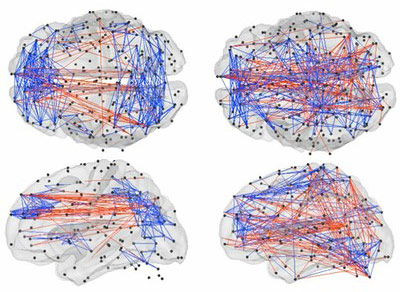 Head movements taint the results of many brain imaging studies, particularly those analyzing children or individuals with autism. That’s the sobering message from two independent studies published over the past few months in NeuroImage1,2.

Both reports analyze so-called ‘resting-state functional connectivity’ studies: the increasingly popular five-minute brain scans that measure synchrony between different regions when the brain is at rest.

In a study published 14 October, researchers reanalyzed data from several of their own functional connectivity studies after correcting for head motion and found that this maturation pattern usually disappears once head motion is taken into account.

It’s unclear how many published results head motion has skewed, and whether this changes the bottom-line conclusions. But many researchers are concerned.

“It’s going to impact some findings with regard to the robustness, but whether it completely wipes out the findings that are out there is another question,” says Damien Fair, assistant professor of behavioral neuroscience and psychiatry at Oregon Health and Science University. “It is going to require folks to reanalyze their data, controlling for these new ways of examining motion.”

The new analyses also challenge some studies showing that the brains of people with autism and other neurodevelopmental disorders have excessive short-range and weak long-range connections.

“All of these patient groups are notorious for moving more,” says Ilan Dinstein, a postdoctoral fellow in psychology at Carnegie Mellon University in Pittsburgh, who was not involved in the new studies. “It’s a problem that people have been sweeping under the rug for a while.”

That may be changing. The same head motion artifact was reported by Randy Buckner’s group in July.

“It’s not the case that laboratories are unaware of this effect, but this pair of papers just makes it explicit,” says Buckner, professor of psychology and neuroscience at Harvard University. “Now I think you’re going to start to see reviewers and the community ask as a criterion for publication, ‘How was motion addressed?’”

Petersen and his colleagues first noticed the head motion problem a couple of years ago, when they were measuring functional connectivity in people aged 7 to 303. Because one of the team members, Nico Dosenbach, was unusually meticulous, Petersen says, the team only analyzed data from participants with very little head motion.

The researchers found that these children’s brain activity patterns look fairly similar to those of the adults — an unnerving result, as one of their previous studies had reported a dramatic change across development4.

Around the same time, Petersen’s colleague Abraham Snyder noticed that, because of the physics involved in magnetic resonance imaging, small movements can produce large spikes or dips in functional connectivity scans. Head motion, Petersen says he realized, had tainted his earlier study.

“Let me tell you, denial was big,” Petersen says. “We had every explanation in the world other than that it was an artifact. But it’s an artifact.”

The head movement artifact is not one that can be diminished with more data: It will persist no matter how many participants are included in the study, Petersen says. What’s more, movements of just one-third of a millimeter can cause problems. “The insidious part of this is, it’s tiny little movements that most people, including us previously, completely ignore,” Petersen says.

Fortunately, Petersen’s group has also developed a method, dubbed ‘scrubbing,’ that corrects for head motion. Every time a software program detects head movement at the same time as a sudden spike or dip, it deletes that frame of activity from the larger time course.

Because this results in a loss of some of the original data — up to 25 percent, according to Petersen’s report — the typical five- to eight-minute functional connectivity scan is probably not long enough, he says.

The researchers are asking many of those children to come back into the lab for a repeat scan of about 15 or 20 minutes, Petersen says. “Every subject we do now, we get a ton of data and scrub the bejesus out of it.”

The artifact doesn’t usually show up on scans of typical adults, but it probably affects the vast majority of functional connectivity studies of children and non-typical adult groups, Petersen says. “For every dataset that we’ve helped other people with, it’s in there.” His team is working on making the scrubbing software widely available to other labs.

More work is needed to verify the scrubbing approach, however.

For example, in an autism study, the children with autism are likely to move their heads more than the controls do, requiring the software to delete more data points from the scans of the former.

It’s always troubling, Buckner notes, when data are selectively deleted from one set of participants. “We want to explore further to make sure that the correction strategy itself doesn’t induce a bias.”

Buckner outlined several other possible strategies in his July report.

Some researchers have designed displays that allow participants to monitor, and suppress, their own head motion in real time, for example5. Others are working on tools that rapidly adjust the direction of the scanner’s magnetic fields in response to head motion, he says. “There are a lot of creative solutions.”