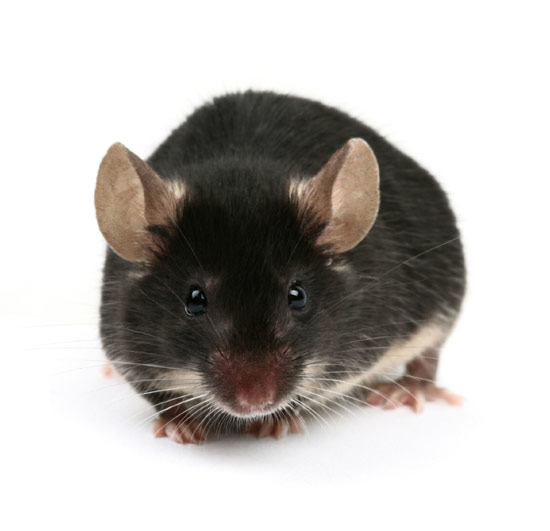 Black out: Lowering the expression of a chemical messenger involved in fragile X syndrome does not produce the broad improvements achieved by drugs.

Blocking a chemical messenger — a much-touted approach to treating fragile X syndrome — is unlikely to completely reverse symptoms of the disorder, according to a provocative new study1.

Multiple drug candidates in clinical trials to treat fragile X syndrome are based on blocking group 1 metabotropic glutamate receptors (mGluR), a set of chemical messenger receptors involved in cell signaling. Animal studies, including an influential 2007 report2, have shown that reining in the runaway signaling by these receptors decreases seizures and other manifestations of over-excitation of the brain.

In the new study, published online in May in Behavioural Brain Research, researchers cut expression of mGluR1 and mGluR5 by half using a genetic approach rather than chemical inhibitors. The 2007 study used the same approach, but this time, the researchers saw an increase in seizures and only modest behavioral improvements.

Although blocking the receptors with drugs seems to show the behavioral improvement seen in earlier studies, “genetically, it’s a little more specific,” says lead investigator Richard Paylor, professor of molecular and human genetics at Baylor College of Medicine in Houston. “The question of why is hard to know at this point.”

Paylor is both a consultant and scientific advisory board member at Seaside Therapeutics, which has invested heavily in mGluR inhibitors. The company’s drug arbaclofen, or STX209, which dampens glutamate signaling, is in a phase 3 clinical trial, the final step before regulatory approval.

Representatives from Seaside declined to comment on the study.

Fragile X syndrome is responsible for about five percent of all cases of autism. The disorder is caused by a mutation in the FMR1 gene, which leads to the loss of its protein, FMRP. Insufficient FMRP in turn is believed to cause over-activation of mGluR receptor targets.

According to the hypothesis on which the drug candidates are based, excessive signaling by glutamate receptors underlies many of the symptoms of fragile X syndrome, ranging from seizures to hyperactivity, anxiety and impaired social interactions.

Excitement about the possibility of treating fragile X syndrome has run high since 2007, when researchers at the Massachusetts Institute of Technology greatly reduced expression of mGluR5 in mice lacking FMRP. They reported that this genetic manipulation alleviated seven of eight symptoms of fragile X seen in FMRP-deficient mice.

Since then, many groups have shown that drugs that block mGluR5 rescue the effects of the lack of FMRP, in animals and cells.

Early this summer, the Swiss pharmaceutical company Novartis announced that its mGluR blocker AFQ056 lessens the severity of symptoms in people with the FMR1 mutation.

The new study’s results don’t necessarily cast doubt on the value of those trials, says Elizabeth Berry-Kravis, professor of pediatrics, biochemistry and neurology at Rush University Medical Center in Chicago, who was not involved with the work. Berry-Kravis receives funding for clinical trials from Novartis, Seaside and Roche.

“Numerous studies do show that drugs can reverse at least some of the phenotypes,” says Berry-Kravis. “We still have a lot of positive data. I wouldn’t let one study temper that enthusiasm.”

In fact, a follow-up study, also by Paylor’s team, has found that the mGluR1 antagonist JNJ and the mGluR5 antagonist MPEP both alleviate fragile X-associated behaviors in mice lacking FMRP3.

Paylor says it’s possible the chemical inhibitors have broader effects compared with the targeted genetic deletion, which might help explain the differences observed.

Unlike the drugs, the genetic approach also blocks mGluR starting at conception, points out Jennifer Darnell, research associate professor of molecular neuro-oncology at Rockefeller University in New York City. “If mGluR is needed for proper formation of a neural circuit during a critical period in development, then that circuit might be lacking in adulthood,” she says.

The 2007 study and the new study also used different sets of assays to evaluate the effects of mGluR depletion. For example, Darnell says, the assays used in the 2007 study assessed behaviors known to be dependent on mGluR activity.

Comparing the mouse strains from the two studies might help researchers understand whether only a subset of people with the syndrome respond to mGluR blockers, adds Berry-Kravis.

Earlier this year, Paylor and colleagues reported that six different strains of mice lacking the FMR1 gene show completely different behaviors, even though they share the same mutation4.

This led the researchers to wonder whether the genetic modifiers at work in the different strains might also affect efforts to treat the disorder. Results from the new study suggest that might well be the case. “Genetic reduction studies like this one reflect that these dominant modifiers are quite selective,” Paylor says.

The new study’s findings suggest overall that there many pathways involved in the disorder that therapies will need to target, says Randi Hagerman, medical director of the M.I.N.D. Institute at the University of California, Davis. Hagerman has also conducted trials of fragile X and autism drugs funded by Seaside, Novartis, Roche and other companies.

“It’s probably going to take a combination of interventions to reverse fragile X syndrome,” says Hagerman, who is targeting a different pathway that also dampens glutamate signaling. “We’ve thought that for a long time, but the Paylor study helps reinforce that.”

Correction: This article has been modified from the original. It has been corrected to clarify the relationship between FMRP and mGluR5.