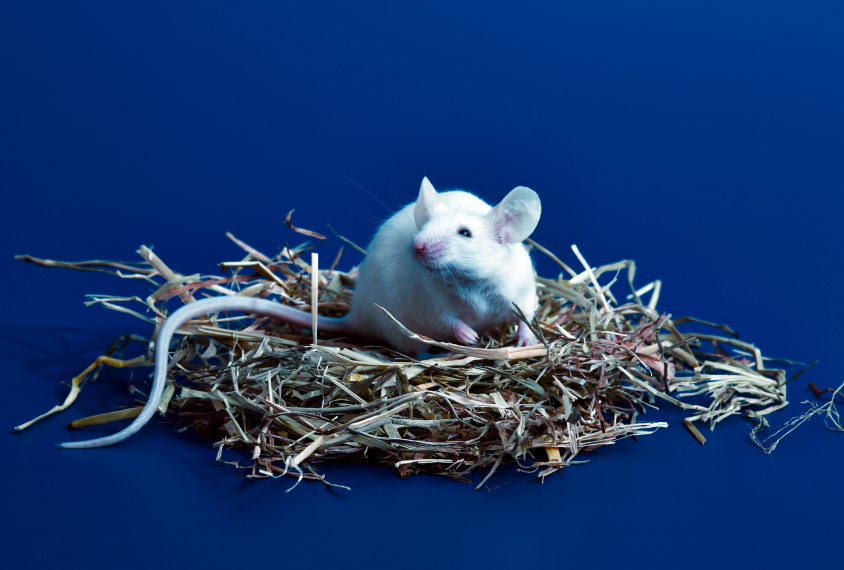 Two different mouse models of autism have trouble identifying odors, according to unpublished research presented on Sunday and Tuesday at Neuroscience 2022 in San Diego, California. The difficulties are subtle but significant because smell plays an important role in social behavior in mice.

The findings suggest that olfactory differences may skew the results of common social-behavior tests in mice — or help explain them. In support of that idea, a series of other presentations at the meeting showed how autism model mice respond atypically to social odors. And differences in smell — a core component of taste — might even contribute to picky eating in autistic people, the researchers say.

“Olfaction is an interesting sense — we don’t tend to think about it, but it is everywhere,” says Gonzalo Otazu, a neuroscientist at the New York Institute of Technology in Long Island, who presented one set of findings in a nanosymposium on Sunday.

Investigations of smell and its link to social behavior are not entirely new, yet they seemed to be more prevalent than usual at Neuroscience 2022. Whether more researchers really are catching a whiff of the usefulness of olfaction studies, though, is difficult for some in the field to say.

“I’m biased,” says Shivani Bigler, a graduate student in Steven Siegelbaum’s lab at Columbia University, who presented a poster on Tuesday. “I’m SO interested in odor.”

Otazu and his colleagues trained mice lacking one copy of the autism-linked gene SHANK3 to lick a tube — and be rewarded with a sip of water — when they detect a particular odor. The model mice learned to identify a target odor just as well as wildtype mice do, and they could detect the target odor when another familiar odor was present. But unlike wildtype mice, the SHANK3 mice could not detect the target odor in the presence of another unfamiliar odor.

“It’s a difficult task to identify an odor in a novel background,” Otazu says, likening the test to an “olfactory captcha.” His team has unpublished data documenting similar findings in mice lacking one copy of another autism-linked gene, CNTNAP2.

This olfactory problem reflects how the smell-related information is processed in the brain and not the nose, according to images the team took of the SHANK3 animals’ glomeruli. These rounded structures near the surface of the olfactory bulb are packed with synapses and serve as a relay station between the nose and the brain. And the glomeruli in wildtype and SHANK3 mice shared similar activation patterns.

The poster Bigler presented points to a region of the hippocampus called CA2. This area is known to be involved in social memory, “but no one has found CA2 to process odors of any kind,” she says. An adjacent area, CA1, encodes memories of nonsocial odors, and “[because] mice use olfaction primarily, we thought CA2 might be processing social odors.”

Different cells in CA2 activate in response to odors from different individual mice, the team found. And silencing activity in CA2 impairs the ability of wildtype mice to learn to associate a social odor with a reward, whereas their ability to learn the association with a nonsocial odor remains intact.

The findings are also detailed in a paper posted on bioRxiv in September 2021.

Another research team showed that mice lacking FMR1, the gene responsible for fragile X syndrome, cannot discriminate between a target odor and a mixture of the target and a closely related odor — although they are just as good as wildtype mice at learning to identify odors and discriminating between two similar odors presented separately.

“That shows these animals have some kind of deficit in complex odor discrimination,” says Praveen Kuruppath, a postdoctoral researcher in Nathan Schoppa’s lab at the University of Colorado in Aurora, who presented the findings in a poster session on Tuesday.

This deficit could be a consequence of altered electrical activity they identified in olfactory bulb cells, Kuruppath and his colleagues say. Precise activity in that structure is known to be necessary to distinguish between odors well.

Subtle olfactory deficits such as those identified in the two studies are important because many smells in real life are made up of a mixture of chemicals, Kuruppath says. “Complex odors are everywhere.”

That’s especially true of odors that convey social information, such as the identity, sex or physiological condition of another animal, Otazu adds. “Social behavior has an olfactory component that is almost unavoidable” — particularly for species such as mice.

Because smell is “a unisensory social modality that rodents use naturally,” it offers a “tractable approach” to expose mice to a social stimulus without the unpredictability of having another animal involved, says Elizabeth Hammock, associate professor of psychology and neuroscience at Florida State University in Tallahassee.

“The main thing here was [all the animals] interacted with wildtype bedding more,” says James Brown, a graduate student in Hammock’s lab who presented the results.

Mice lacking DLGAP2, a gene linked to autism that is highly expressed in olfactory regions of the mouse brain, also respond atypically to social odor, according to another poster presented on Tuesday. These mice show less interest in almond and banana odors than wildtype animals do, and more interest in bedding with the scent of another mouse — results that may be reminiscent of restricted interests in autism, says Yu-Fu Chen, research assistant in Li-Jen Lee’s lab at National Taiwan University in Taipei, who presented the findings.