Monkey avatar may provide clues to face-processing problems in autism

Researchers have created an animated monkey avatar that makes realistic facial expressions. Monkeys respond to the avatar the same way they respond to videos of real monkeys, the scientists found.

The avatar may provide a controlled way to study how monkeys process and respond to facial expressions.

“Videos of real monkeys doing special facial expressions or looking in a specific direction are very hard to capture, and they’re not standardized,” says Ramona Siebert, a graduate student in Hans-Peter Thier’s lab at the University of Tübingen in Germany.

The avatars may also help studies of autism because many autistic people struggle to interpret others’ emotions. “If you know exactly how it works in [neurotypical] systems, you can derive later how it’s not working in autism,” Siebert says.

Researchers presented the unpublished work today at the 2019 Society for Neuroscience annual meeting in Chicago, Illinois.

The researchers began building the avatar by scanning the head of a rhesus macaque and converting the scan into a 3D digital image. They used motion-capture software to track the faces of real monkeys as the animals made a variety of facial expressions — including neutral, fearful and threatening — and used this data to program the avatar to make the same range of expressions. 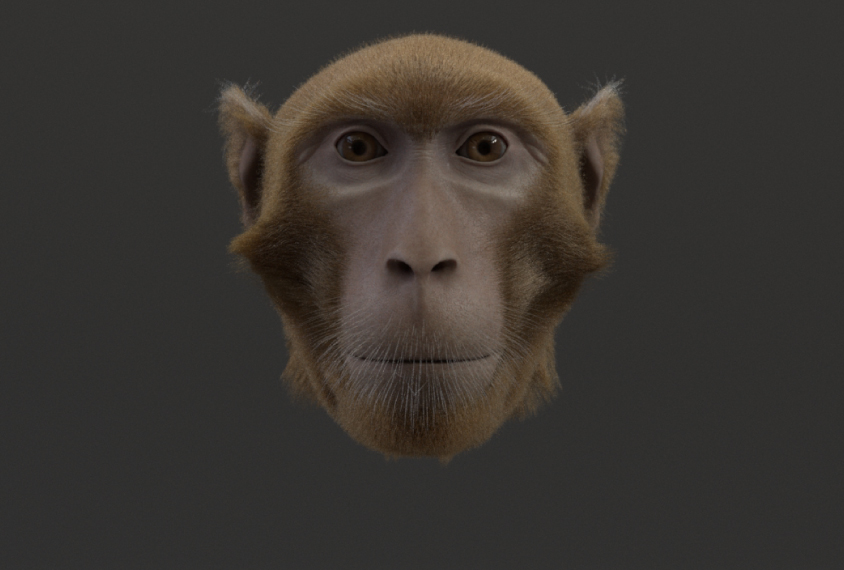 The team then showed the avatar to eight male macaques. The monkeys responded to the avatar by smacking their lips — a friendly social behavior, and the same reaction they have to videos of other monkeys.

The results suggest that the avatar is a reasonable substitute for images of monkey faces.

“We take this as confirmation that we can go ahead and use it” in research, Siebert says.

The animals also largely ignored less realistic — grayscale and hairless — versions of the avatar. “Almost all of the time they showed no reaction,” Siebert says.

They occasionally bared their teeth at these avatars in fear, suggesting that they may have been unsettled by these avatars. The reaction resembles the so-called uncanny valley effect, in which people are often unnerved by human-like robots, androids or avatars that deviate from real humans in subtle ways.

The team plans to use the naturalistic avatar to study how neurons in the face-processing regions of the monkey brain respond to different facial expressions.