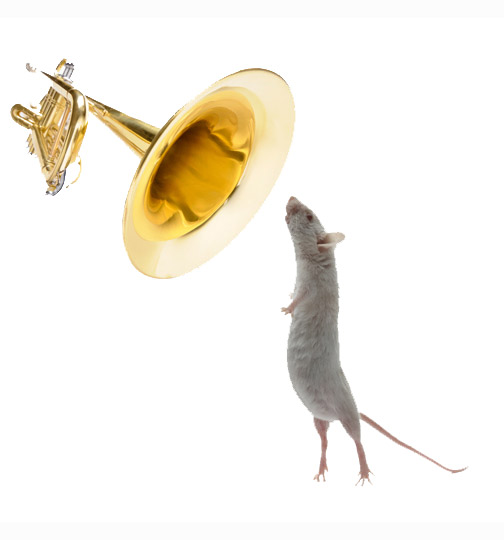 Startling sound: Inhibiting the ERK1/2 pathway in fragile X mice prevents them from having seizures in response to loud noises.

Inhibiting the ERK1/2 pathway — which regulates the synthesis of other proteins — can rescue some of the effects of fragile X syndrome, according to a study published 17 November in the Journal of Neuroscience. The ERK pathway could provide a novel target for fragile X therapies.

Fragile X syndrome is caused by lack of the fragile X mental retardation protein, or FMRP, which controls the production of several proteins important at the synapse, the junction between neurons. Some therapies for fragile X syndrome target the mGluR receptor, which also regulates protein synthesis.

Injecting an inhibitor of the ERK pathway into the brains of fragile X mice also prevents seizures triggered by loud noise — a known characteristic of this mouse model.

The researchers show that the loss of FMRP does not increase mGluR and ERK1/2 signaling overall. Rather, it may make the cells more sensitive to proteins regulated by these pathways.