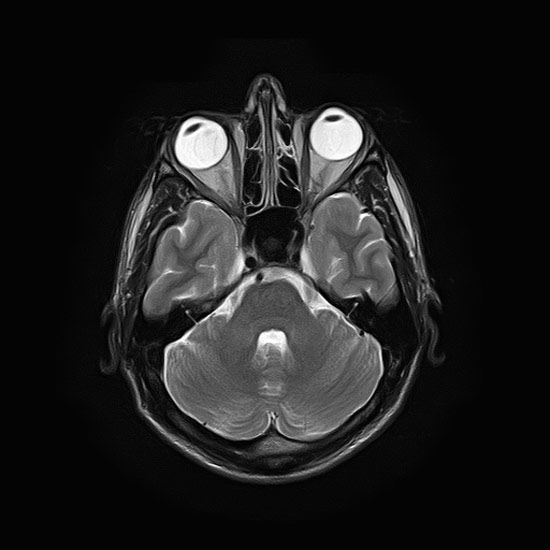 Men with fragile X syndrome have larger brains overall than controls do, but less matter in regions involved in language and social interaction, according to a study published in January in Neuroimage.

Fragile X syndrome is caused by a mutation that prevents expression of the fragile X mental retardation protein, or FMRP. The disorder causes learning disability, social deficits and, in some cases, autism. Mouse models and postmortem studies of people with the disorder have revealed neurons that have larger and denser spiny branches, or dendrites, compared with neurons in controls.

There is less agreement on brain volume differences in people with the syndrome, but this could be the result of the confounding factors of gender and age, which can also affect brain volume, according to the researchers.

Based on magnetic resonance imaging scans of 17 men with fragile X syndrome and 18 age-matched healthy controls, those with the syndrome have more brain tissue in the caudate nucleus — a region involved in learning and memory — and in the right brain stem, which is involved in motor coordination and higher-order cognitive functions, the study found.

Men with the syndrome also have more matter than controls do in the parietal lobes, which integrate sensory information. But they have less brain tissue in the left frontal lobe — a brain region involved in several functions, including movement and language — and in the cerebellum, which is involved in attention and social interaction.

The results suggest that fragile X syndrome leads to changes in overall brain structure, which could cause the cognitive symptoms of the disorder. People with autism have enlarged brains in early childhood that begin to shrink late in adolescence. The new study shows that, in fragile X syndrome, enlarged brain volume in certain regions can persist into adulthood.