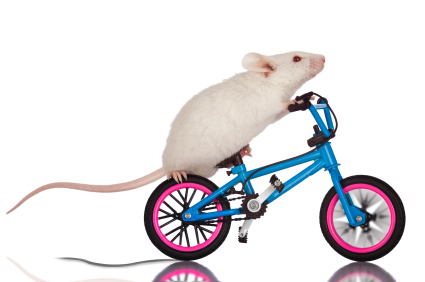 Infection early in pregnancy is more harmful to the fetus than at later stages, triggering brain and behavioral changes in the offspring similar to those seen in people with schizophrenia, according to two mouse studies published in October. A third study suggests that exercise can mitigate some of these effects.

Epidemiologic studies have linked infection during pregnancy to a higher risk of the child developing schizophrenia. Higher levels of certain immune molecules — called cytokines — in the mother have also been shown to cause structural changes in her child’s brain.

Researchers report in mBio that specific proteins — called toll-like receptors — that detect foreign molecules and activate the immune response may cause the schizophrenia-like effects in mice born to mothers infected with virus-like particles.

Another study, published in Psychoneuroendocrinology, shows that infecting a rat at an earlier stage of pregnancy is more likely to lead to the harmful changes in her offspring.

In this case, the researchers injected pregnant mice with turpentine — a chemical that stimulates an inflammatory reaction — and found behavioral changes in the offspring similar to those seen in schizophrenia, including an inability to adapt to stimuli, such as loud noises, and a heightened fear response. The mice are also more sensitive to drugs that target dopamine, a neurotransmitter that regulates pleasure and is believed to be altered in people with schizophrenia.

Rats infected at a later stage of pregnancy — equivalent to the early second trimester in people — show fewer symptoms, with only an increase in the fear response.

These differences may be related to the level of immune response: mothers infected earlier in their pregnancy have higher fevers and a larger increase in the levels of some cytokines.

Exercise may be able to mitigate some of the effects of maternal infection, according to a study in Brain, Behavior and Immunity.