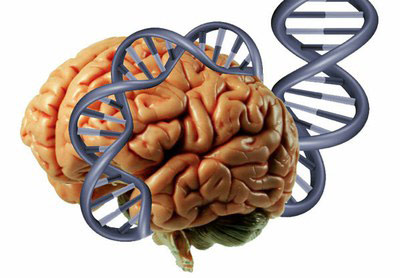 Tissue tales: Gene expression in postmortem brains from people with autism links a regulatory protein to the disorder.

Tissue tales: Gene expression in postmortem brains from people with autism links a regulatory protein to the disorder.

SP1, a protein that regulates the expression of several autism candidate genes, could increase risk of the disorder by simultaneously altering the expression of a number of the genes, according to a study published 24 October in Biological Psychiatry1.

SP1 regulates the expression of numerous other genes and has been implicated in several neurological disorders, including schizophrenia2. In the new study, researchers for the first time investigated SP1’s role in autism by analyzing protein levels in postmortem brains from 8 individuals with autism and 13 controls.

SP1 levels are higher in autism brains compared with controls in the anterior cingulate gyrus, a brain region involved in emotion, learning and memory, the study found.

The researchers also looked at the expression levels of 15 autism candidate genes that have a potential binding site for SP1. Expression of PTEN, MeCP2 and ITGB3 — which is associated with both blood serotonin levels and autism — is elevated in the anterior cingulate gyrus of autism brains compared with that of controls, the study found. Expression of reelin is lower than in controls in the same region.

To investigate whether SP1 is responsible for differences, the researchers looked at cultured neurons in which SP1 is inactivated either genetically or using chemical inhibitors. In either case, expression of five of the genes — GABRB3, ITGB3, OXTR, PTEN and reelin — is lower in these cells compared with controls, the study found.

SP1 levels are known to increase in response to several processes, including inflammation of neurons or their support cells and oxidative stress. Studies have also shown that epigenetic effects, which regulate gene expression without altering the DNA sequence3, can increase SP1 expression. All of these mechanisms are also associated with increased risk of autism, linking SP1 expression to the disorder, the researchers say.