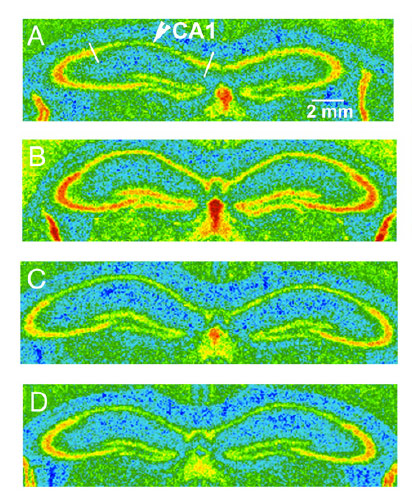 Lithium alleviates the symptoms of fragile X syndrome in mice in part by normalizing protein synthesis in the brain, according to a study published 29 December in Neurobiology of Disease1.

Lithium, a mood stabilizer used to treat bipolar disorder, reverses some of the behavioral and neurobiological symptoms in mice and fruit flies that model fragile X syndrome.

In particular, fragile X mice treated with lithium are calmer and show better memory than controls. Lithium also normalizes dendritic spines, the signal-receiving branches of neurons, and restores the ability of neurons to fine-tune their signaling.

In 2008, a preliminary open-label clinical trial of 15 people showed that lithium may improve irritability in adults with the syndrome2.

Fragile X syndrome is caused by the inactivation of the fragile X mental retardation protein, or FMRP, which regulates protein synthesis by stalling the machinery that translates genetic messages into proteins. As a result, fragile X syndrome leads to changes in the expression of a number of proteins.

In line with previous studies, mice that model fragile X syndrome synthesize more proteins in the brain than controls do, the researchers found. Lithium treatment lowers protein synthesis to control levels in fragile X mice, but has little effect on controls.

The researchers also investigated two protein pathways that modulate translation: PI3K/AKT and MAPK/ERK1/2. Levels of the active form of AKT are elevated in untreated fragile X mice, but are the same as in controls in those treated with lithium, the study found. The magnitude of these changes does not fully account for the dampening effect of lithium on brain protein synthesis in the mice, however.

More research is needed to identify the pathways responsible for the increase in protein synthesis in the brains of fragile X mice, and the mechanism by which lithium counteracts this effect, the researchers say.