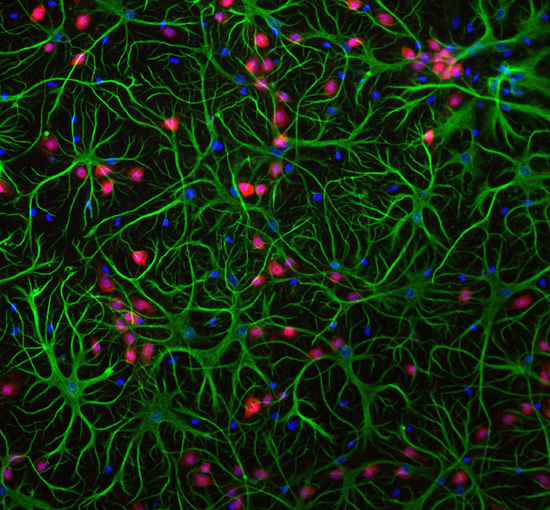 Harmful mutations in a gene that regulates the chemical environment outside of neurons are associated with both autism and epilepsy, according to a study published 31 March in Neurobiology of Disease1.

Nearly half of people with autism also have epilepsy. Although the reasons for this overlap are unclear, some studies suggest that dysfunction in the same biological mechanism could lead to both disorders.

For example, a known deficit in epilepsy — an imbalance between excitatory neurons that activate signals in the brain and inhibitory neurons that dampen neuronal activity — has also been implicated in autism.

In the new study, researchers looked for mutations in KCNJ10 — which has been implicated in autism — in 52 children who have epilepsy with or without autism2.

KCNJ10 codes for a potassium channel that is active in astrocytes — housekeeper cells that surround neurons — and clears away the potassium ions released by neurons after signaling.

The study found that 3 of the 14 children who have epilepsy, autism and intellectual disability have two harmful mutations in KCNJ10 that alter the protein function. By contrast, none of 500 controls had mutations in the gene.

The mutations identified both affect neuronal signaling in cultured cells, and one of the two is in a key region of the protein that bridges the inside and the outside of the cell.

Deficits in the potassium-clearing function of astrocytes could cause both seizures and autism, and is a promising target for pharmaceuticals, the researchers suggest.