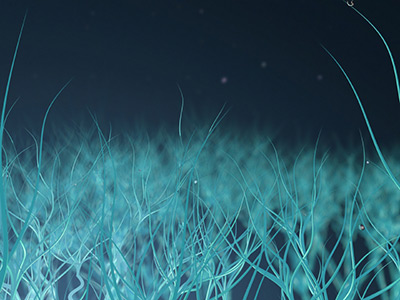 Pruning promoter: Mice lacking the fragile X protein have too many connections between certain types of neurons.

FMRP, the protein absent or mutated in fragile X syndrome, aids in strategic elimination of neuronal connections during brain development in mice, according to a study published 26 February in The Journal of Neuroscience1.

Nearly one-third of people with fragile X syndrome are also diagnosed with autism.People with either disorder have high densities of dendritic spines — neuronal projections that receive signals from other neurons — in the cortex, a brain region involved in higher-order cognition.

These findings have led researchers to speculate that some symptoms of both disorders are caused by too many synapses, or connections between neurons. In typical development, synapses proliferate early in life and then are edited into a more refined architecture, but that process may be stalled in people with these disorders. Alternatively, they may form so many connections early on that even a functional pruning process cannot normalize the number.

To investigate these possibilities, researchers tallied the connections between certain neurons in slices of the cortex from mice lacking FMRP, the fragile X protein, and from controls. They applied electrical currents to individual neurons and recorded the responses of nearby cells.This shows how many cells are connected to each other at all, rather than the exact number of synapses connecting them.

The results suggest that defective pruning contributes to an overabundance of connections in mice lacking FMRP.The study also found that losing FMRP affects pruning when the gene is eliminated in neurons that receive signals, but not in those sending signals. The researchers plan to investigate this finding further.