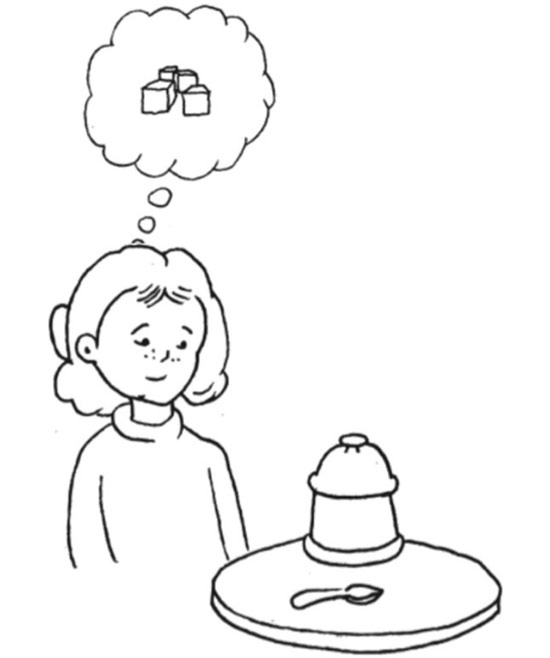 Bad judgment: Highly intelligent people with autism tend to evaluate behavior based upon outcomes, not intentions.

Two friends take a coffee break at a chemical plant. Mary asks Grace to pass the sugar, and Grace hands her a dispenser clearly labeled ‘Sugar.’ Unbeknownst to either woman, however, the dispenser contains not sugar, but a poisonous chemical that looks like it. Mary drinks her toxin-sweetened coffee and dies a few hours later.

Is Grace to blame?

Most people would say, “No,” because Grace didn’t know that the dispenser contained poison. But after reading 20 similar vignettes in which the actions of protagonists led to either a negative or neutral outcome, a group of 24 highly intelligent adults with autism consistently assigned a higher degree of moral blame to individuals with innocent intentions, compared with controls.

The results, which appeared online 31 January in the Proceedings of the National Academy of Sciences, show that unlike typical adults who judge accidental harms as less morally wrong than intentional ones, high-functioning people with autism tend not to weigh intention and outcome when engaged in moral reasoning1.

“Most people will tend to forgive accidental harm; these individuals were far less inclined to do so,” says lead investigator John D. Gabrieli, professor of brain and cognitive sciences at the Massachusetts Institute of Technology.

The finding illuminates a core aspect of ‘mind blindness’ — a theory that holds that people with autism are unable to form an awareness of others’ thoughts2. Also known as theory of mind, this concept has been somewhat controversial because it is so difficult to test in the laboratory.

Though even highly intelligent people with autism or Asperger syndrome are clearly challenged in their ability to understand other people’s beliefs, desires and intentions, they often use their well-developed powers of logic to figure out the correct answer in laboratory tests.

In the new strategy, there are no right or wrong answers. The scenarios instead require individuals to weigh beliefs and intentions in a complex task of moral reasoning.

“We think of it as a stress test for intention versus outcome,” says Gabrieli. “We asked ourselves what kind of experiment might reveal the kinds of everyday difficulties people with autism have reading the feelings and intentions of other people.”

Healthy children develop a working theory of mind — the ability to infer another person’s thoughts, beliefs and intentions — between 3 and 5 years of age. In 1985, U.K. researchers first showed that children with autism are impaired in this area using the false belief test3.

In the classic version of the test, a little girl named Sally puts a ball into a basket and goes out for a walk. While she is away, another little girl named Anne takes the ball out of the basket and puts it into a box. When Sally comes back, she wants to play with the ball. Where, the children are asked, will Sally look for the ball? “In the box,” children with autism answer, unable to imagine that Sally might be operating under a false belief.

The false belief test has also been used to test theory of mind in adults with autism, but high-functioning individuals like those in the current study — who all have intelligence quotients of 120 or above — tend to pass the test easily.

“It’s been very difficult to demonstrate [mind blindness] on behavioral tests, especially with adults who are very clever,” says Uta Frith, emeritus professor of cognitive development at University College London and one of the architects of the theory of mind. Highly intelligent people with autism learn to use logic to help them correctly answer questions, she says. “This is part of their wonderful ability to adapt, to get around things.”

Like the typical adults in the study, and in roughly the same amount of time, the participants with autism delivered the correct answers.

But the moral conundrums in the second set of experiments flummoxed them. The man traveling in Africa who encourages a friend to swim in a pond after seeing other tourists frolicking there is to blame for that friend being bitten by a mosquito and contracting malaria, they say, just as the girl who builds an igloo out of snowballs is to blame when icy snowballs crash on her friend’s head. In case after case, they assign blame to individuals who intended no harm, failing to distinguish between intent and outcome.

By presenting people with autism with the kind of emotionally messy complications they encounter in social interactions, the researchers were able to tap the core of their impairment. “The test is maybe more like real life,” Gabrieli says. “Much of our social life is a gray zone.”

Teasing apart the various layers of theory of mind and showing precisely where high-functioning adults with autism falter is a crucial advance in understanding their deficits in social cognition, says Raphael Bernier, assistant professor of psychiatry at the University of Washington in Seattle.

The study doesn’t explain whether high-functioning adults with autism truly understand false beliefs over time, or whether they merely learn to solve the tasks, Bernier notes. But it does suggest that in the case of the moral scenarios, their ability to reason is not just delayed, but absent entirely. “If these are delays, they are persistent delays that last well into adulthood for people with typical cognitive ability,” he says.

Frith says she is delighted that these researchers have come up with a strategy that validates the theory she helped develop 25 years ago. “It does make sense of the social behavior,” she says, “and it can be linked up to certain abnormal activations in the brain.”

Impaired moral judgment is associated with distinct neural systems, including the right temporal parietal junction4. Gabrieli says his group is working on an imaging study focusing on which brain regions are active in these individuals while they are engaged in moral reasoning.

They’d better work quickly: Frith predicts that the utility of the new test may be limited. “I have no doubt that the Asperger’s community will get hold of the test, study it, and learn the scenarios,” she says.