Mice without DDX3X are slow to grow neurons 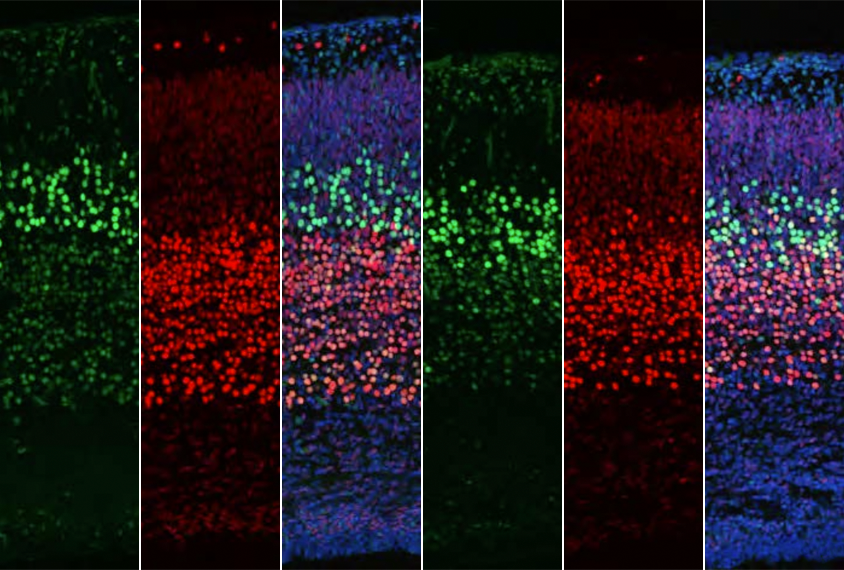 Loss of the autism-linked gene DDX3X prevents neurons from maturing and alters cortical development in mice, according to a forthcoming study in eLife. But the effects differ in male and female mice.

Many crucial biological processes rely on DDX3X, which is located on the X chromosome. Mutations in the gene cause DDX3X syndrome, a condition marked by intellectual disability, loss of muscle tone and, often, autism. Many boys with such mutations likely die in utero, because with only one X chromosome, they have no backup copy of the gene. Just 39 of the 848 people known to have the condition are boys, according to the DDX3X Foundation.

But how mutations in the gene lead to the syndrome’s traits — and how that relationship differs between the sexes — has been unclear.

Female mice that lack both copies of DDX3X have an unusually small brain at birth and increased neuronal death in utero, the new work shows. Male mice, though, seem to compensate for the loss by way of the Y chromosome gene DDX3Y.

The findings add to mounting evidence that DDX3X loss influences brain development differently depending on an animal’s sex. Neurons from male — but not female — mice missing DDX3X grow fewer branches than control neurons, a different team of researchers showed in unpublished work presented in May at the 2022 International Society for Autism Research annual meeting.

Many boys with the syndrome inherit their mutations from an unaffected mother — which suggests that other variants interact with DDX3X mutations to either exacerbate or suppress traits, depending on sex, says lead investigator Debra Silver, associate professor of molecular genetics at Duke University in Durham, North Carolina.

“As a field it’ll be really valuable to learn more about the sex differences and start to study, clinically, potential differences,” she says.

Female mice lacking both copies of DDX3X are born with a cortex that is 50 percent smaller than that of controls, the researchers found after knocking out both copies of the gene in the animals’ neural progenitor cells. In the last week of gestation, progenitor cells and newborn neurons showed elevated markers of impending cell death.

These problems did not arise in male knockout mice or female mice missing one copy of DDX3X. The males had increased cortical DDX3Y expression, suggesting it at least partly offset the missing DDX3X.

Knockout brains: At birth, the brains of control mice (left) differ from those of male (center) and female (right) mice missing DDX3X.

In utero, the neural progenitors of male knockouts and females with one copy of DDX3X struggled to mature, suggesting the gene is necessary for that process. In a dish, progenitor cells from those embryos divided fewer times than control cells did.

The team identified 147 proteins that were translated differently in the cortex of knockout mice compared with controls, all but 3 of which showed lowered translation. Many of the proteins are known to play crucial roles in neurogenesis.

The study supports the idea that genes involved in autism and related conditions are active in the earliest stages of brain development, says Emanuel DiCicco-Bloom, professor of neuroscience and cell biology at Rutgers University in Piscataway, New Jersey.

“What I think is important is this is yet another risk gene saying, ‘Yes, it’s prenatal; yes, it’s neurogenesis,’” he says. Neural precursor cells from autistic people don’t proliferate at typical rates, DiCicco-Bloom reported in May, though those rates vary by a person’s genetics.

DDX3X “may be acting in a master regulatory role to control translation of multiple targets at a time,” Silver says, “and that’s going to be changing across development.”

The findings show that DDX3X is necessary for translating RNA into proteins, DiCicco-Bloom says — a process that is also disrupted in fragile X and Rett syndromes.

“What is cool is that she’s now expanded the number of processes we can identify and think about in genes that are expressed early,” he says.

Silver is studying mice that carry a missense mutation — a single swapped nucleotide — commonly seen in people with DDX3X syndrome to better understand how different mutations in the gene lead to varying traits in people.

Understanding the molecular basis of those traits “is really important for the human syndrome and thinking about therapeutics,” says study investigator Mariah Hoye, a postdoctoral researcher in Silver’s lab.

An earlier version of this story described cell death findings as occurring during the first two weeks of life, when in fact they were observed in utero.