Mice with autism mutation may be indifferent to social scents 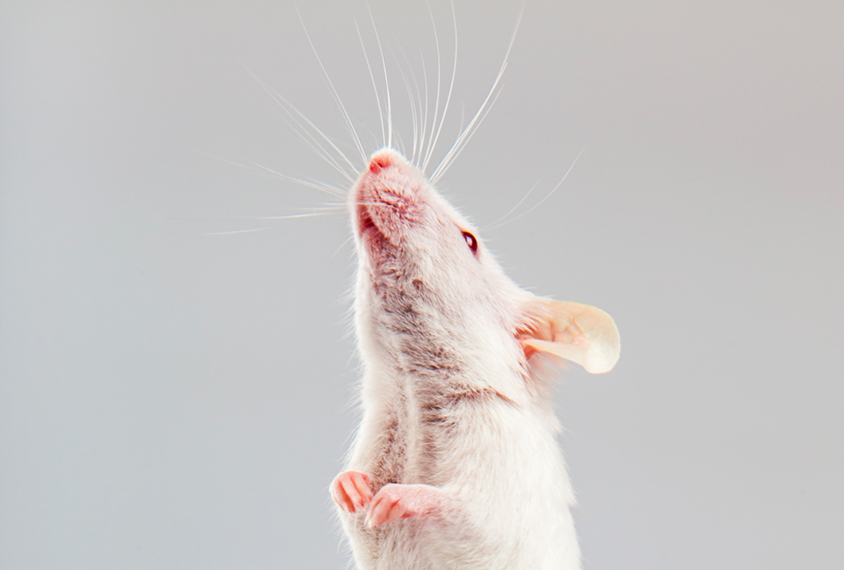 Neurons in mice that lack an autism gene called CNTNAP2 do not differentiate well between social and nonsocial smells, according to a new study1. These neurons are located in the prefrontal cortex — a brain region that controls social behavior — and fire haphazardly.

The findings suggest that these differences drive the social problems in the mice and perhaps in autistic people with mutations in the gene. The results appeared 25 November in Nature Neuroscience.

The work is some of the first to explore the way neurons in the prefrontal cortex recognize and decipher, or ‘encode,’ social information.

“We know from many studies that the prefrontal cortex is somehow important for social interactions,” says lead author Ofer Yizhar, professor of neuroscience at the Weizmann Institute of Science in Rehovot, Israel. “But we actually know very little about how social information is encoded.”

In people, mutations in CNTNAP2 are linked to autism and language impairments, as well as to altered brain connectivity.

According to one leading theory, autism arises from an imbalance between excitatory and inhibitory activity in the brain. Mice missing CNTNAP2 show such an imbalance, although it is unclear whether the imbalance contributes to their autism-like traits.

One possibility is that the signaling imbalance prevents neurons from firing synchronously in response to social cues, Yizhar says.

The study is the first to directly link this sort of noisy brain activity in autism mice to problems with their social behavior, says Dan Feldman, professor of neurobiology at the University of California, Berkeley, who was not involved in the work. “That could be quite important if this turns out to be common across different forms of autism,” he says.

Yizhar’s team recorded the electrical activity of neurons in the prefrontal cortex of male mice, using an electrode array. The array uses filaments embedded in the mouse’s brain to monitor up to 30 neurons at once.

A cable connects the head-mounted array to a recording system, allowing the mice to roam freely in a chamber into which the researchers piped one of five scents: social odors from unfamiliar male or female mice; peanut butter oil, which mice find attractive; banana oil, which mice are indifferent to; and a chemical called hexanal, which mice dislike.

The researchers exposed mice to these odors for several days. They then recorded the activity in the mice’s prefrontal cortex while exposing the animals to each smell one by one.

Twice as many prefrontal neurons in control mice respond to the social odors as to the nonsocial ones, the researchers found. These neurons also fire more frequently than those in control mice do, and in distinct patterns for social versus nonsocial smells.

“[This] indicates that the prefrontal cortex is somehow differently classifying [odors] based on this property,” says Yizhar.

Other brain regions that respond to smell, such as the olfactory cortex, do not show a preference for social odors, according to previous studies — suggesting that the prefrontal cortex plays a unique role in interpreting smells.

“The prefrontal cortex integrates multiple levels of information from converging brain regions in order to encode not the odor itself, but its social value,” Yizhar says.

The researchers then recorded the mice’s neuronal activity as the animals experienced the five odors for the first time — and again two to five days later.

As before, control mice distinguish social and nonsocial smells — and they do this even better at later time points, suggesting that experience helps them refine their response to smells.

In the mutant mice, however, neurons in the prefrontal cortex respond similarly to social and nonsocial odors. “They also failed to show any kind of refinement with experience,” Yizhar says. “They pretty much stayed the same.”

And yet the mice have no trouble detecting the smells.

“What they found is really interesting,” says Audrey Brumback, assistant professor of neurology at the University of Texas at Austin, who was not involved in the work. “The animals can still register smells in the same way, but the way that they are encoding social smells is fundamentally different.”

Even in the absence of smells, neurons in the prefrontal cortex of the mutant mice fire more often than those in controls, and that the pattern of firing is less coordinated. The noisier the firing, the worse the neurons are at categorizing smells. The mice’s response to odors show this trend “almost perfectly,” Yizhar says. “It’s really striking.”

He and his colleagues plan to see whether these findings hold in other mouse models of autism. They are also testing whether boosting or silencing the activity of neurons in the prefrontal cortex affects how this brain area processes social smells.