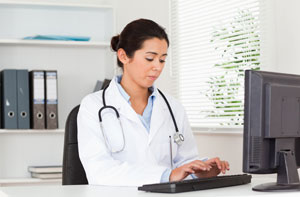 More matches: A newly created autism registry may make it easier for researchers to find people with specific aspects of the disorder.

Two healthcare organizations have pooled their data to create a registry of 20,000 people with autism, a resource that may help speed up clinical trials and other research.

The project, funded by the National Institute of Mental Health, is a collaboration between Kaiser Permanente and Harvard Pilgrim, nonprofit health management organizations, or HMOs. Because these organizations have electronic medical records for large numbers of individuals, they make excellent resources for research.

“By building a registry from patients at these institutions, we can take advantage of the rich data,” says Lisa Croen, director of the Autism Research Program at Kaiser.

The researchers scanned the two HMO databases for everyone under the age of 18 with an autism diagnosis, a total of about 20,000 people.

“It’s great to have such a large dataset that’s already characterized and that people can make use of,” says Robert Hendren, director of child and adolescent psychiatry at the University of California, San Francisco, who is not involved in the project. “There’s nothing else like it.”

Of the five sites contributing data to the project, four are Kaiser sites and one is Harvard Pilgrim. That may be of some concern because clinicians at those sites may have certain biases, notes Hendren. “But I still think it’s great,” he says. “It’s a large sample with lots of different disorders.”

The only other resource in the U.S. that comes close in scale is the Interactive Autism Network (IAN), an Internet-based registry. Parents registered on IAN elect to fill out surveys with different research questions. (IAN is funded in part by the Simons Foundation, SFARI.org’s parent organization.)

“Compared to IAN, the advantage of the Kaiser network is that information is collected in a standardized and mostly prospective [or forward-looking] way,” says Hendren. “Because it is collected from health plan members, there is probably more consistency in the nature of evaluations.”

The researchers plan to initially analyze data from the existing records, such as the prevalence of autism and the use of medications. For example, antipsychotics such as risperidone are often prescribed to people with the disorder to help treat anxiety and irritability.

The database could also be used to recruit children for clinical trials. “It’s [usually] a big challenge. You try to get people to sign up and wonder how to get a captive audience,” says Hendren.

For example, researchers interested in testing an experimental treatment for certain behavioral issues or gastrointestinal problems may be able to directly recruit children with those problems.

“For targeted recruitment, I think it’s stupendous,” says Sarah Spence, a pediatric neurologist at Boston Children’s Hospital who is not involved in the project. “This is one of our big problems in autism.”

The researchers can also integrate research projects with clinical information. For example, they plan to collect saliva or blood from a subset of participants and their parents and link them to medical records.

“The child and parents are often getting medical care within the same system, so we the have ability to link families and do all sorts of studies with the infrastructure we are building,” says Croen.

One issue with this type of database is the accuracy of the diagnosis, however. Not everyone in the registry is assessed using the gold-standard instruments that research studies often require. But Croen says the researchers have validated the accuracy of autism diagnoses by doing extensive chart reviews on a subset of the participants.

So far, they’ve found that autism prevalence in the database hovers around the one percent mark, consistent with the latest figures from the U.S. Centers for Disease Control and Prevention.

Because the analyses are preliminary, Croen did not reveal details, but says they suggest some interesting differences among the sites. “We see different racial and ethnic distributions, which is very interesting, different age distributions and different ways in which autism diagnoses are made,” she says

The biggest difference in prevalence is between the largest and smallest sites, she adds. “We have the ability to dig into the information at each site and look at what demographic factors drive the differences.”

Croen says the researchers hope to make the resource available to other researchers, though they have not yet worked out the details of how to do that. Because the data are linked to medical records, there may be privacy concerns.

Research groups are already lining up to use the database. For example, in a trial of 50 children with autism, Hendren’s team identified potential genetic markers to predict whether a child will respond to risperidone.

“That’s something we would like to replicate in a larger sample of children [in the database],” Hendren says. “We’d love to use it.”