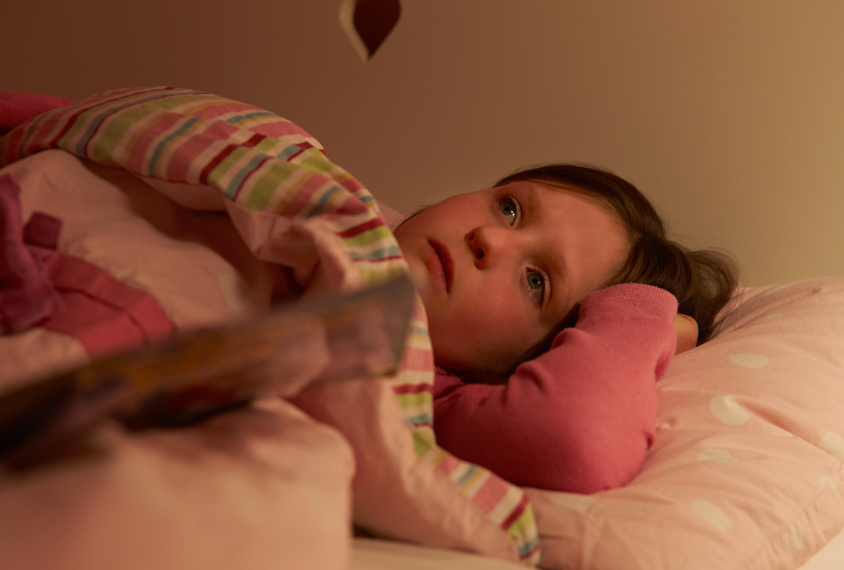 Awake at night: Sleep problems tend to crop up earlier and more often in autistic children than in those in the general population.

Some of these conditions, such as seizure disorders and developmental delays, may serve as early red flags for autism.

Autism is notoriously heterogeneous; some researchers believe it is not one condition but many. Scientists are using genetics to try to identify biological subtypes of autism. The new work suggests a different approach: classifying autistic children by the number and type of medical conditions they have.

An autistic child in one group generally has few conditions that overlap with those of a child in a different group, says lead researcher Juergen Hahn, professor of biomedical engineering at Rensselaer Polytechnic Institute in Troy, New York.

These distinctions may indicate that different biological factors underlie autism in the three groups.

“[These clusters] suggest pretty obviously that there are these biologically quite distinct groups,” says Isaac Kohane, professor of biomedical informatics and pediatrics at Harvard University, who was not involved in the work. “By lumping all [children] into one group of autism, we’re muddying the waters scientifically, diagnostically and therapeutically.”

These differences in comorbidities could have important implications for research, Hahn says. For instance, parsing research participants’ data by subtype could provide fine-grained insights into the condition.

Many medical conditions are more common among autistic people than they are in the general population. Hahn and his colleagues analyzed medical and pharmacy claims for 3,278 autistic children from birth to age 5 or 6. They compared these with claims for the same time period for 279,693 controls.

The researchers used an algorithm to sort the autistic children into groups based on the prevalence of the seven types of conditions. The children fell into three categories.

In one group, comprising about a quarter of the children, children have been diagnosed with more than twice as many co-occurring conditions as children in the general population. This ‘high-prevalence’ group has more sleep problems, psychiatric conditions, immune issues, hearing difficulties and gastrointestinal issues than other autistic children.

Another quarter of the children, the ‘mid-prevalence’ group, are instead more likely to have seizures and developmental delays. The remaining half has the fewest medical issues, and at rates only slightly higher than in typical children.

Surprisingly, children in the middle group are diagnosed with autism about five months earlier, on average, than those with more conditions, perhaps because seizures and developmental delays are easy to spot, Kohane says.

“For better or worse, some kinds of comorbidities might suggest the diagnosis of autism better than others to clinicians,” he says. The results appeared in May in Autism Research.

The researchers also looked at the prevalence of the conditions at various ages. The typical age of onset tends to be different for children with autism than for controls, and it varies among the autism groups.

For instance, about 20 percent of autistic children are diagnosed with gastrointestinal issues and immune conditions in infancy, compared with about 15 percent of controls. Among the autistic children, the prevalence of developmental delays peaks at around age 3 and a half in the mid-prevalence group and between ages 2 and 3 in the other two groups.

The data could help guide pediatricians who treat autistic children to watch for certain conditions at particular ages.

“What this argues for is developing some timeline of care — things [pediatricians should be] tuned into at different ages,” says Paul Lipkin, associate professor of pediatrics at Johns Hopkins University and the Kennedy Krieger Institute in Baltimore, Maryland.

The study has some drawbacks, Lipkin says, such as lumping everyday medical concerns into the same categories as serious conditions. For instance, rhinitis, or stuffy nose, appears in the ‘immune conditions’ category along with asthma. Including these common conditions may exaggerate the differences between autistic children and controls, he says.

Hahn and his colleagues plan to investigate whether women diagnosed with certain medical conditions during pregnancy have altered odds of having children with autism.